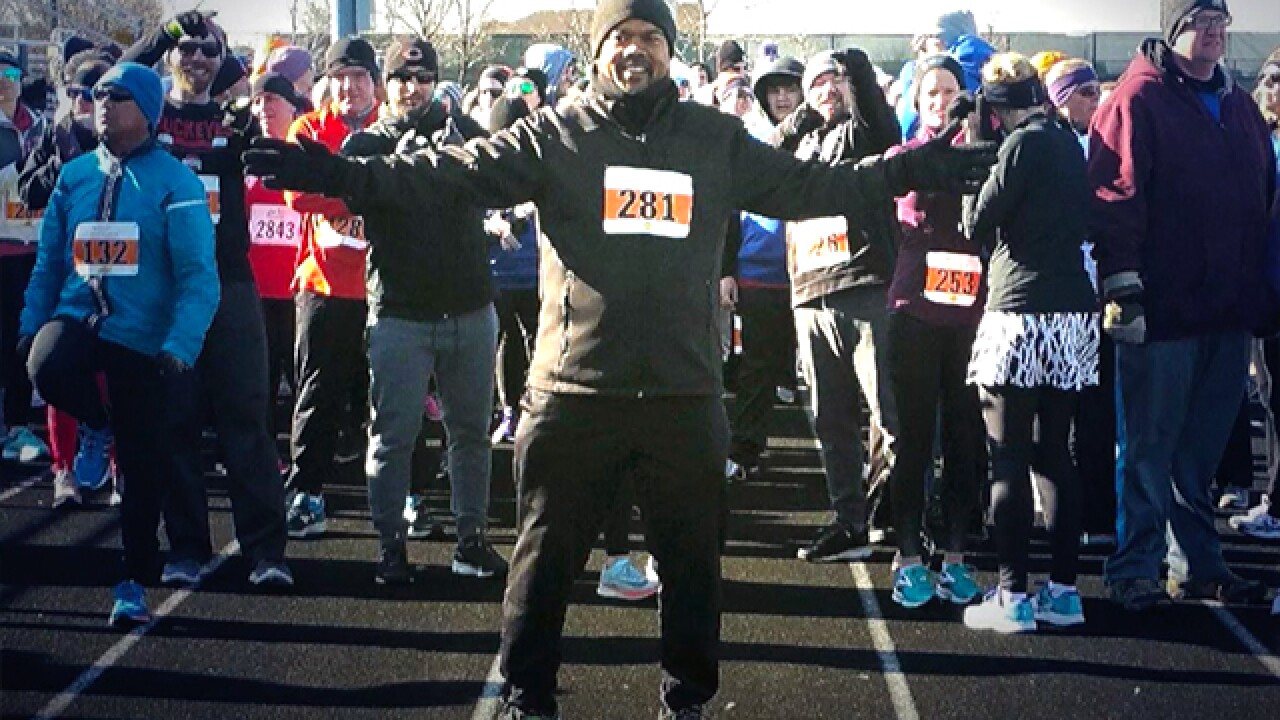 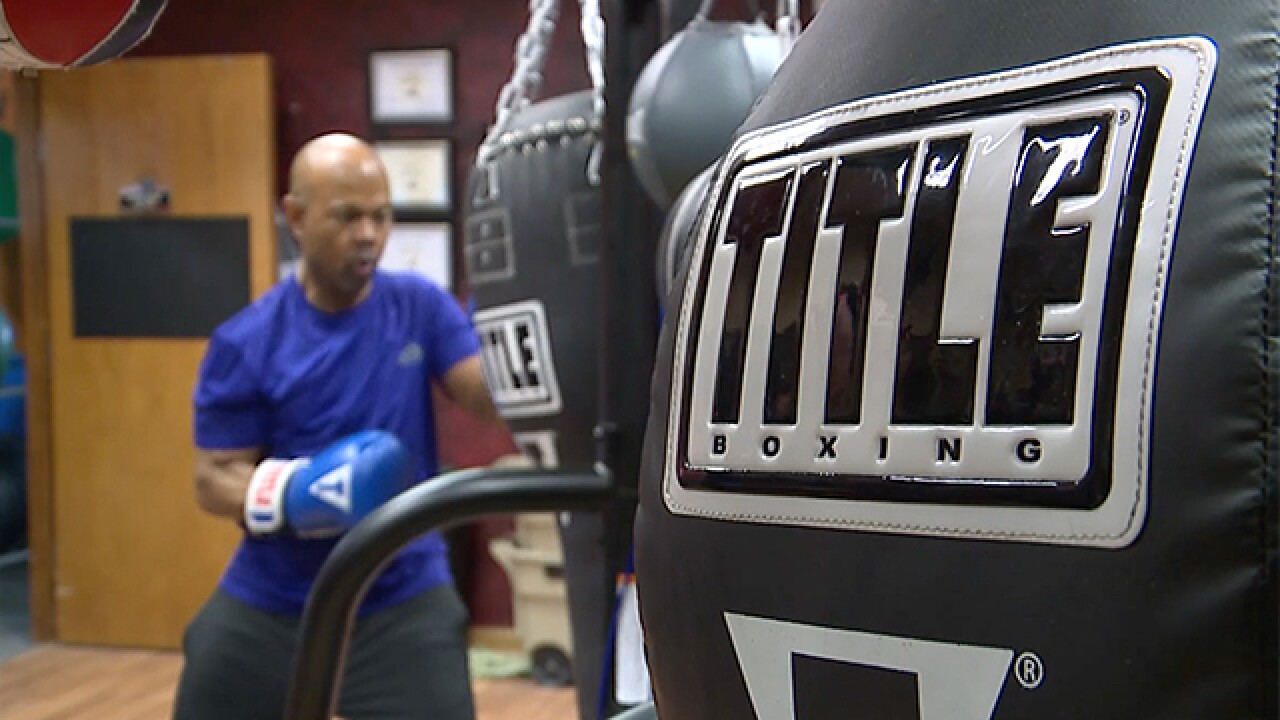 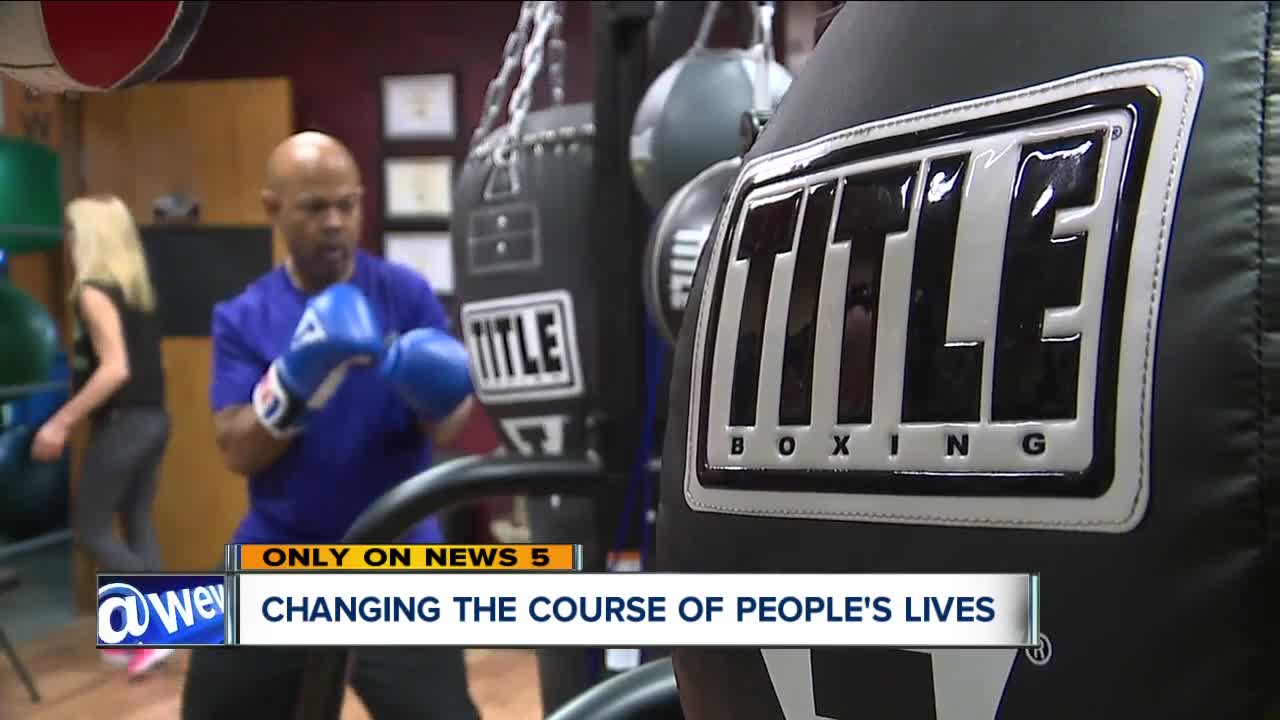 Tucked away in Warrensville Heights is a place that is changing the lives of people with Parkinson’s disease. It is called InMotion, a nonprofit center that is dedicated to helping people living with Parkinson’s manage their diagnosis and disease.

There are exercise and boxing classes, drumming and painting, and speaker series with doctors and experts. There is also an incredible sense of community.

For Richard Huckabee and his wife Angela, InMotion has become their home — a place of hope and change.

Huckabee, 58, was diagnosed with Parkinson’s disease in 2013. But he and his wife knew something was wrong nine years before that.

“I lost a job that I held for ten years because I couldn’t keep up my performance and didn’t know why. Doctors couldn’t figure out why,” Huckabee said.

He couldn’t balance, couldn’t walk without a cane, even had to give up driving.

Parkinson’s is a disease of the brain. There is no cure, but there is treatment. Medications are one thing, but Richard and Angela found their best medicine at InMotion, surrounded by people with the same diagnosis — and people who wanted to help.

Ben Rossi is one of the founders. He started out his career as a personal trainer before a client with Parkinson’s changed his path.

“When you spend a career working with people for weddings, for vacations, for sports teams, childhood obesity, I spent time working on all that,” Rossi said. “But there’s something appealing about when you find exercise can impact the course of someone’s disease. You fall in head over heels.”

“There are so many bills attached to Parkinson’s, from medications at thousands a month. We’re free. How can you beat that?” Rossi said.

Dr. David Riley is another founder. He said it has become a safe space, a community all of its own.

“Here people are not just included, but in fact, they’re the stars of the show,” Dr. Riley said.

For Richard and Angela, that notion has become reality.

“It’s like he’s in beast mode all the time. and he’s encouraging me,” Angela said. “And I’m like really, you have Parkinson’s and you’re encouraging me?”

Richard said it was the hope he needed.

“We know that there’s hope, that we can live with disease. It’s not a death sentence. it’s just another part of your journey.”

In April, Richard ran his first 5K in Chicago — his InMotion team running by his side.

It is located at 4829 Galaxy Parkway in Warrensville Heights.