How to watch the Browns-Bills game 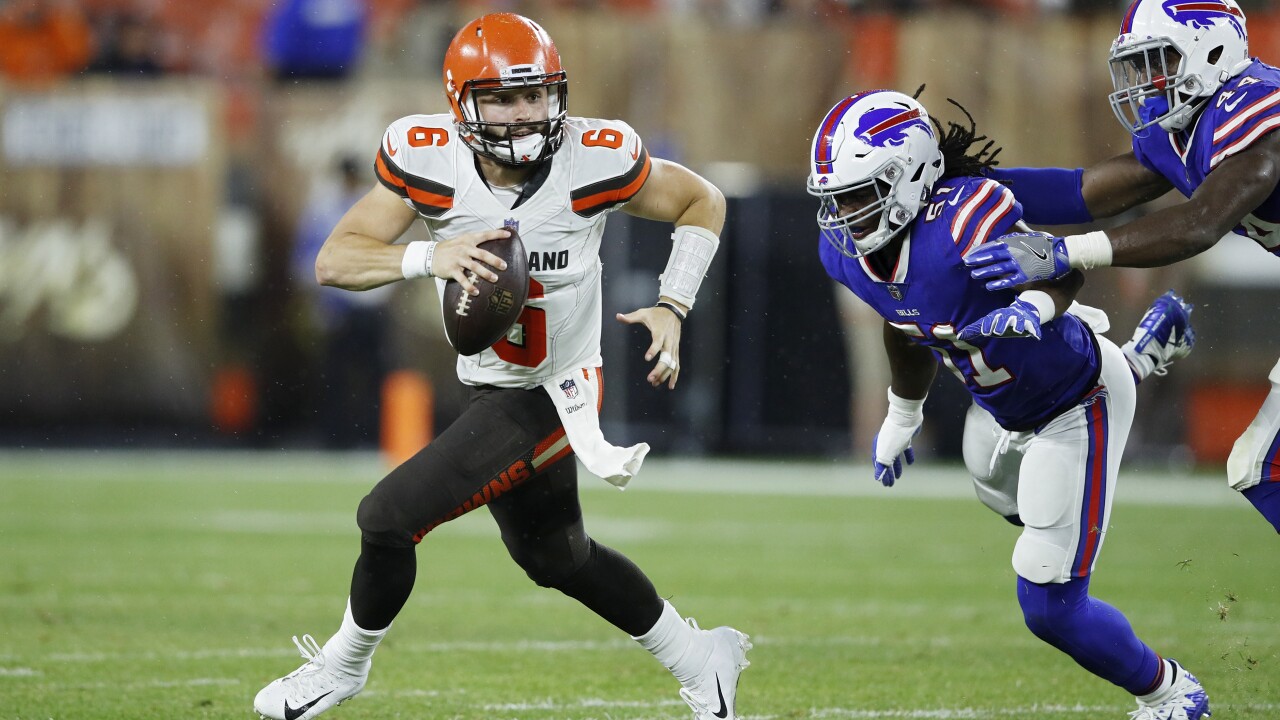 CLEVELAND — Let's just not talk about last week. The Cleveland Browns (2-6) take on the Buffalo Bills (6-2) on Sunday. The home game begins at 1 p.m. You can watch it on CBS.

Tune in to News 5 at 10:30 a.m. Sunday for Browns Countdown. Jon Doss, Hanford Dixon, Je'Rod Cherry and Nathan Zegura will break down everything you need to know before the game. Then head to the News 5 Cleveland Facebook page at halftime to watch News 5's Halftime Live. After the game, celebrate or lament with Derek Forrest on Browns Town Live at 11:35 p.m. Sunday, just after News 5 at 11 p.m.

Some good news: running back Kareem Hunt is expected to play Sunday after serving his eight-game suspension. Safety Damarious Randall may also be in the mix - he returned to practice this week after missing two games with a hamstring injury.

Since the game we're not talking about happened, there's been off-field drama aplenty. Now-former Browns safety Jermaine Whitehead went on a Category 5 tweetstorm, was immediately dismissed by the team and then apologized.

The subject of one of Whitehead's threatening tweets, 92.3 The Fan sports commentator Dustin Fox, has returned to his show.

Baker Mayfield has some depressing stats, but some interesting views on facial hair. So does Macaulay "Macaulay Culkin" Culkin, because it's just been that kind of week.