The Lady Butchers of Cleveland open Saucisson in Slavic Village 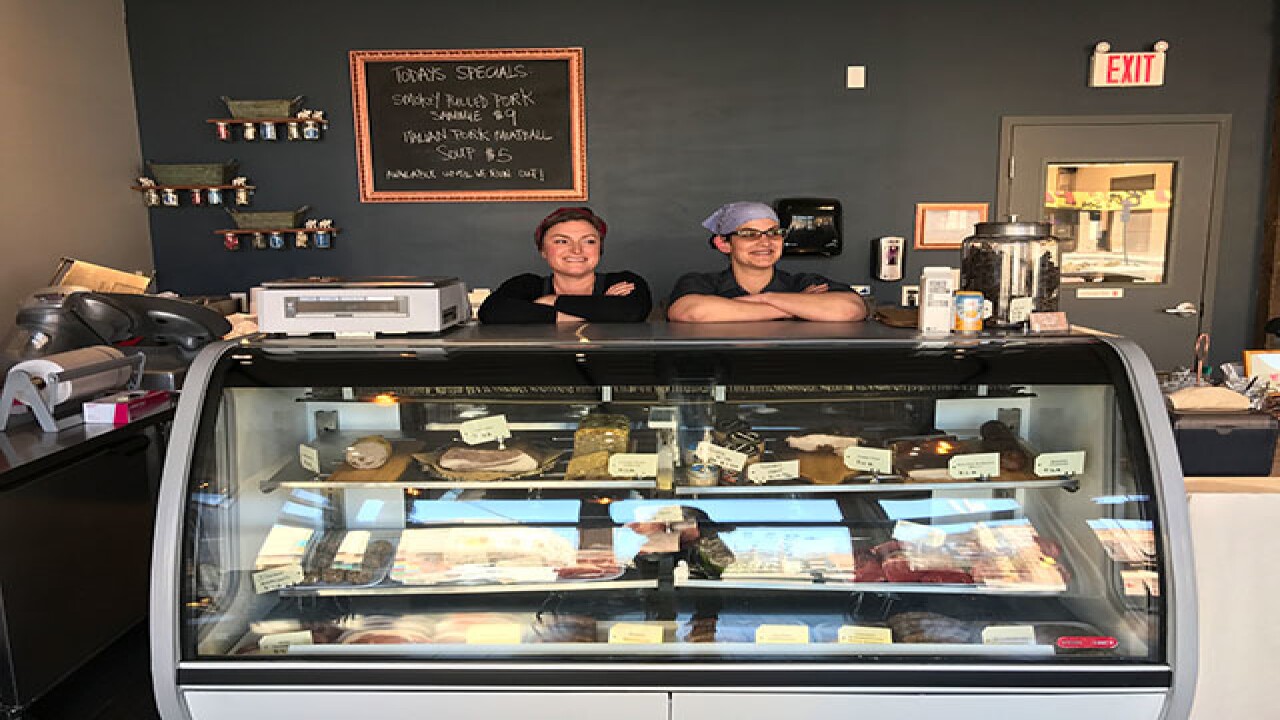 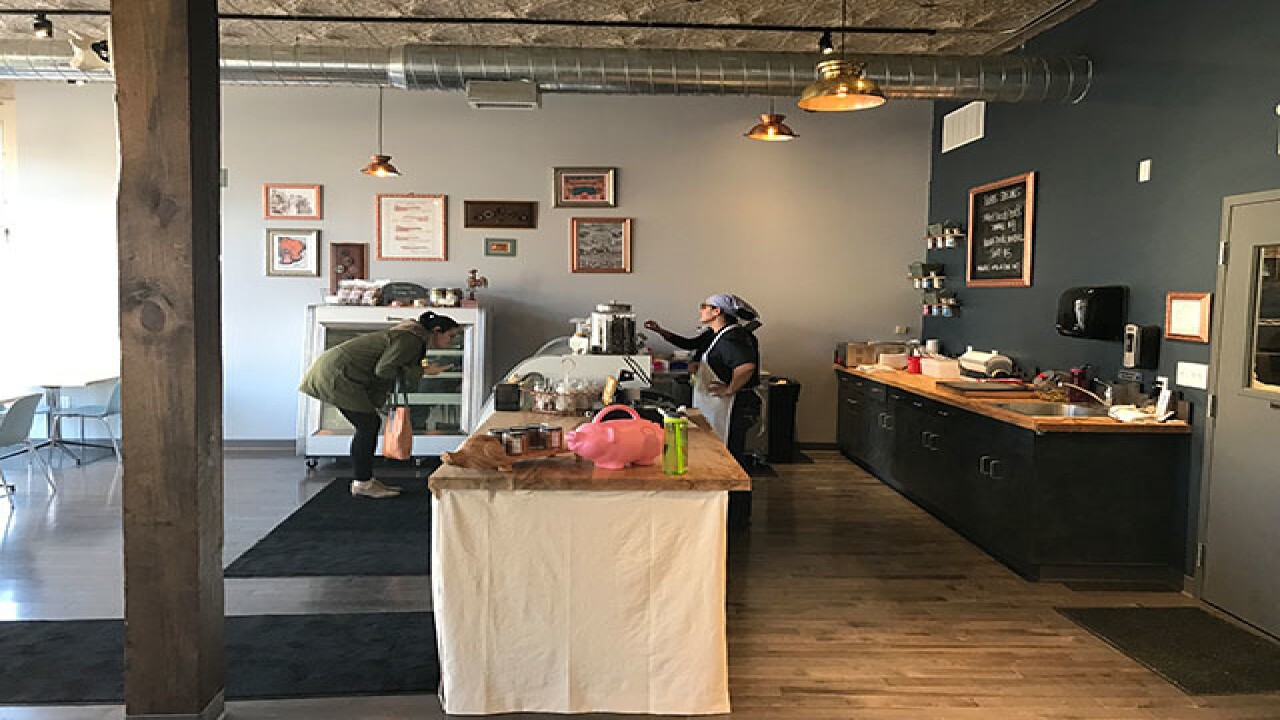 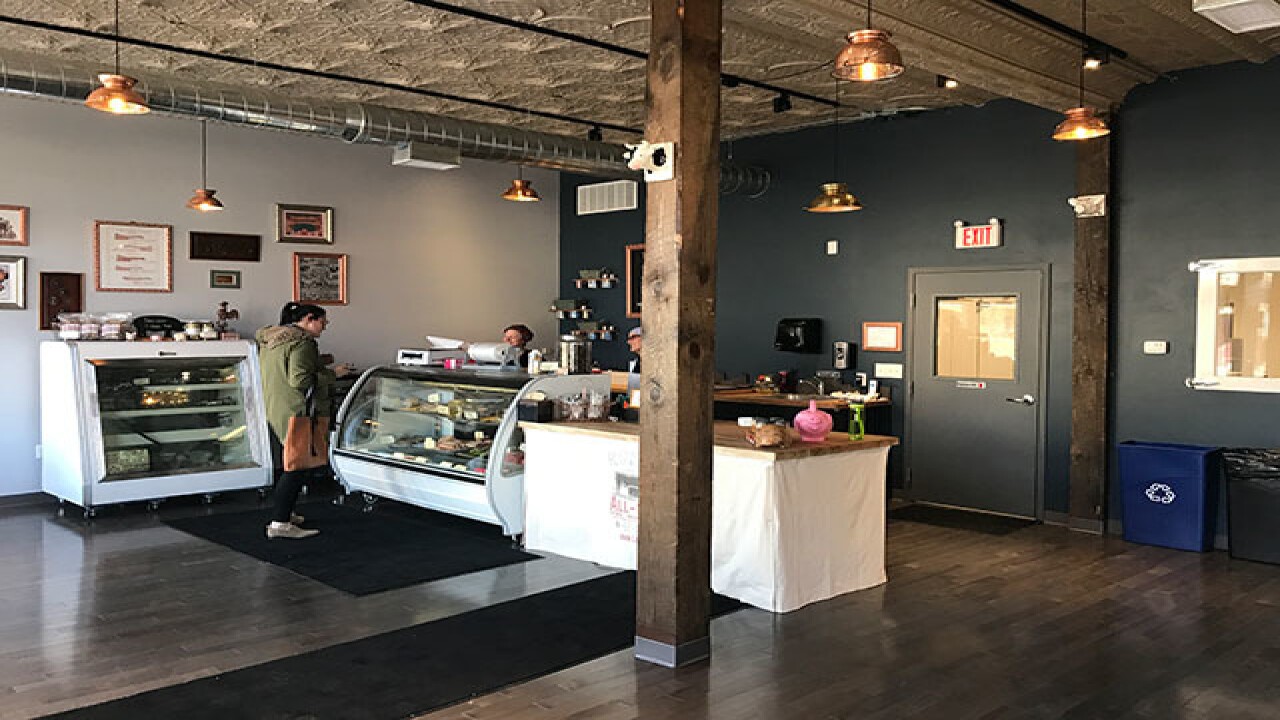 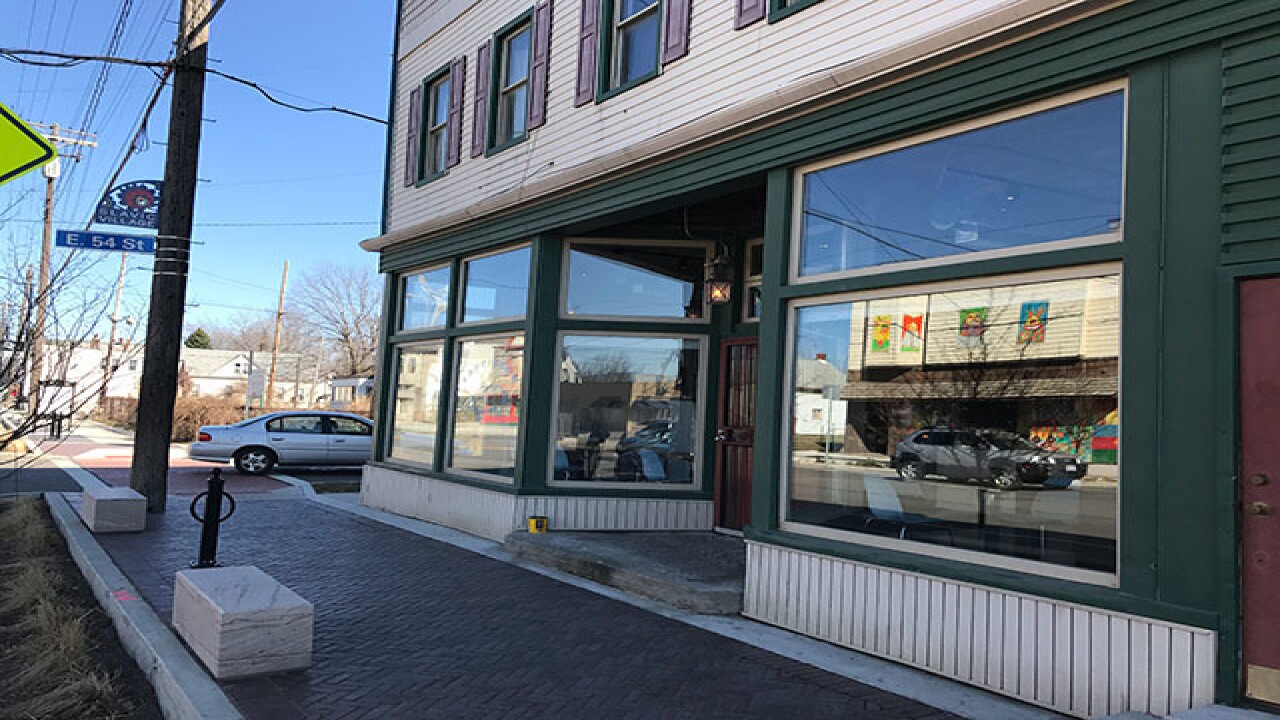 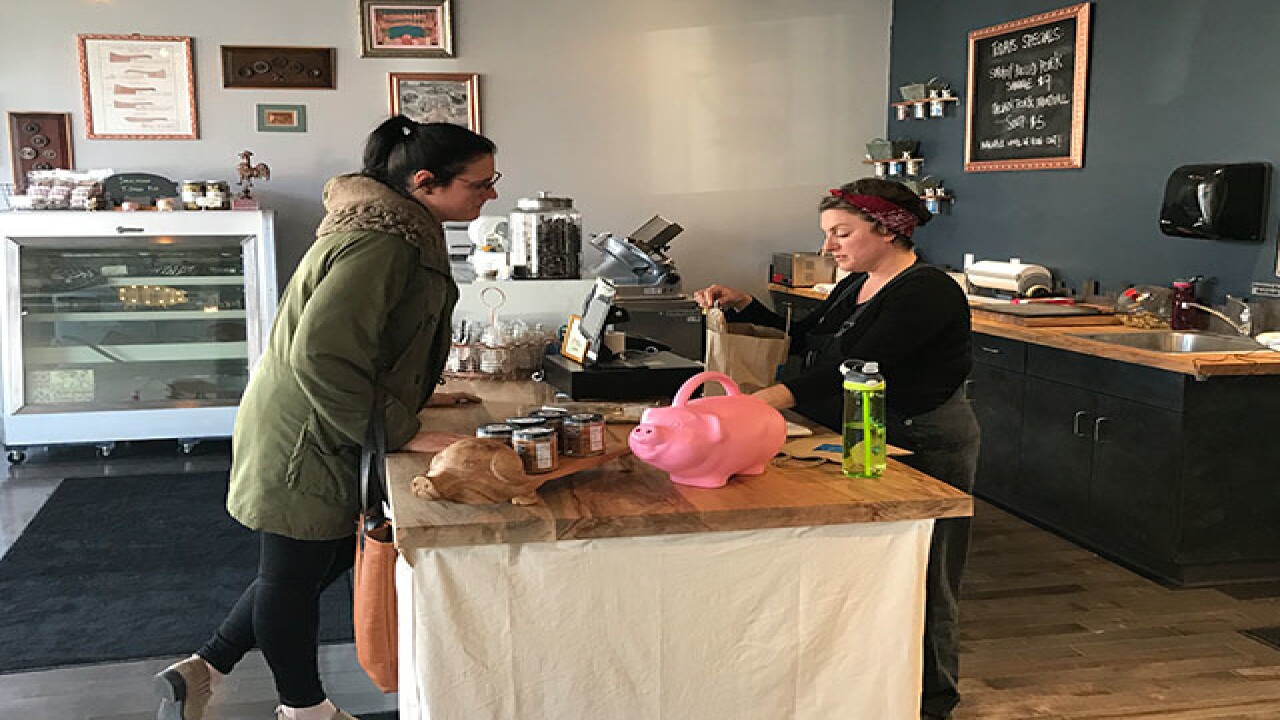 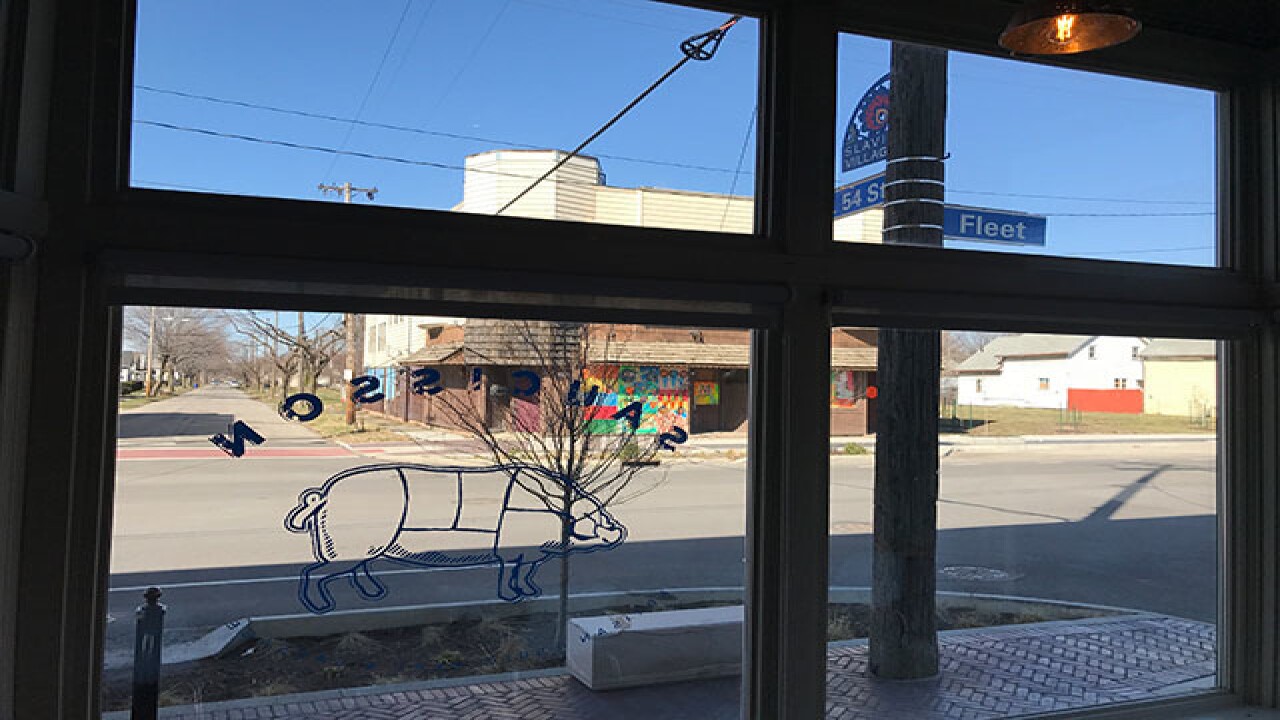 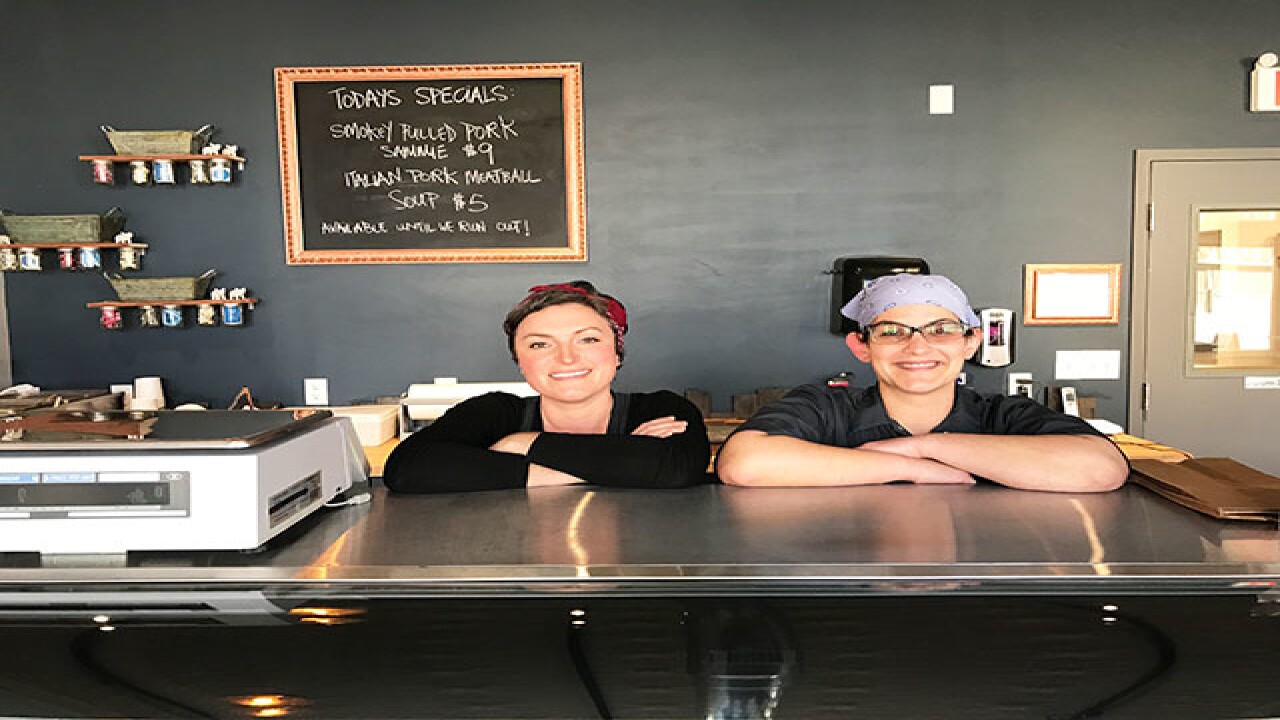 Known as 'The Lady Butchers' of Cleveland, Penny Barend and Melissa Khoury are female entrepreneurs making their mark in the meat industry—a profession that is traditionally male dominated and virtually untouched by a female presence.

Their journey to all things meat started in the back of the kitchen. Both have worked as chefs in restaurants for years but a desire to be their own bosses and passion for meat was the game changer. They opened Saucisson on March 16 on Fleet Avenue in the heart Slavic Village.

Khoury jokes that the business came from her 'rash' decision making. Barend quickly agrees but adds "Melissa is good at making quick decisions."

Opening their own storefront was several years in the making, a goal they achieved after selling their cured meats and raw cuts at local farmers markets throughout Cleveland.

One day in September of 2013, Khoury quit her job as a chef and convinced her friend, Barend to leave sunny California and move to cold, snowy Cleveland. By the end of that year, they made their first sale.

"We were both in a place where we loved what we were doing, but not necessarily loving where we were at," Khoury said. "My thought was if I failed at this [opening a business], I could always go back to cooking. There is absolutely no reason why I can't just try this."

With all the trendy neighborhoods in Cleveland,  Khoury and Barend saw Slavic Village as a neighborhood that wasn't already established with a lot businesses compared to Ohio City or Tremont. They saw the neighborhood as a place with potential and a part of Cleveland history. It once had booming businesses and a large Eastern European population.

Barend says that some people may wonder why they chose Fleet Avenue— a street that doesn't have many businesses aside from the ones that have lasted throughout the years— but for them, Barend asks "Why not?"

"Part of it was that we built up clientele on both sides of town," Barend said. "We wanted to meet in middle. Slavic Village is easy to get to and isn't far from downtown. This was Jaworski Meats for 30 years before they moved to Middleburg Heights, so that was kind of romantic."

Saucisson opened on the newly renovated Fleet Avenue, Cleveland's first green street. The street has a designated bike lane, new signage designating Slavic Village as a historic neighborhood, and a special street design for stormwater to be retained to green areas along the sidewalks.

Even though they've been open for less than a month, the Lady Butchers are feeling the love and support from the neighborhood. Khoury says they have already started to have customers becoming regulars. Their daily lunch menu changes every day.

"The biggest thing is to be part of a neighborhood that is coming back. At one point in time, this was the epicenter of getting into downtown. This was a popping neighborhood and there is no reason it can't be again," Khoury said.

One thing that makes them different is their unhindered approach to butchering and business. They give customers a different way of understanding meat and the numerous ways of cooking it. As Khoury puts it 'we use the whole animal' even the lard, which they find bakers love for their pie crusts.

Khoury and Barend source locally, using animals that are humanely raised with horomones from New Creations Farm in Geauga. The family of farmers has become close friends to Barend and Khoury.

"There are some buildings that need love, but it's no different than walking through Ohio City," Barend said. "We just don't have the foot traffic now but that could all change very easily."