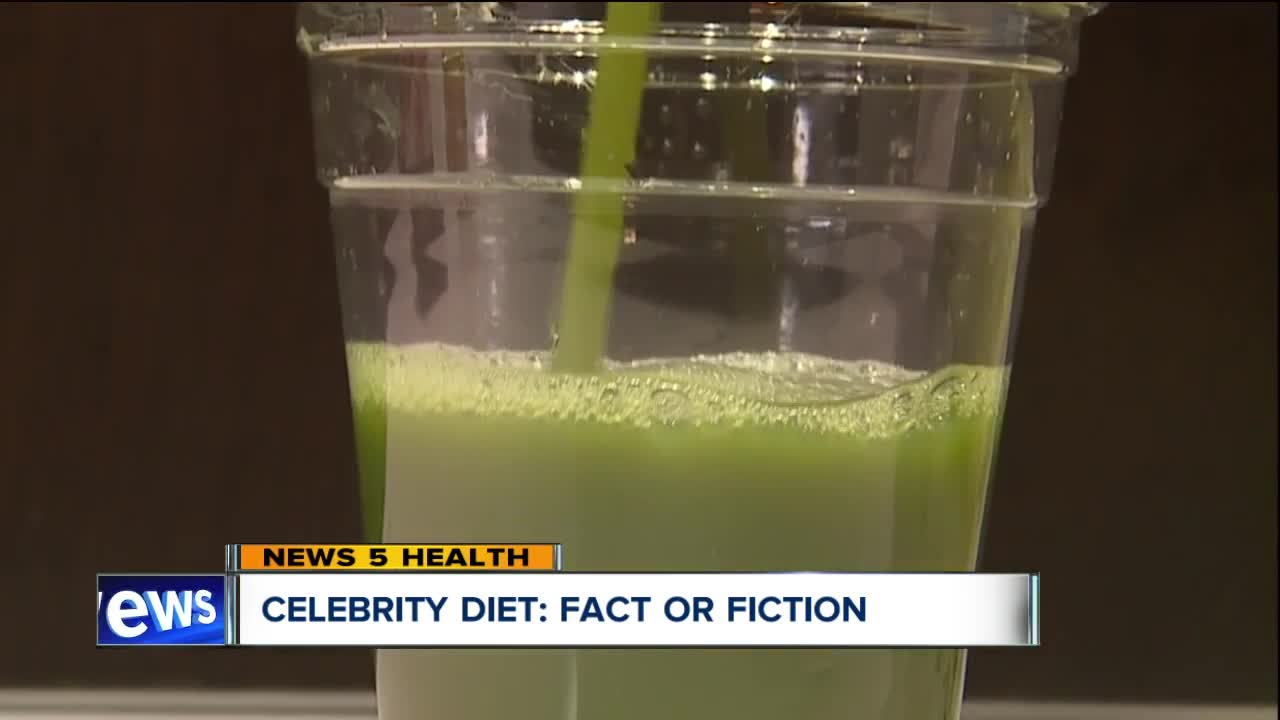 MetroHealth Dietician Jennifer Bier says we shouldn’t take the diets those celebs promote on their social media accounts too seriously. 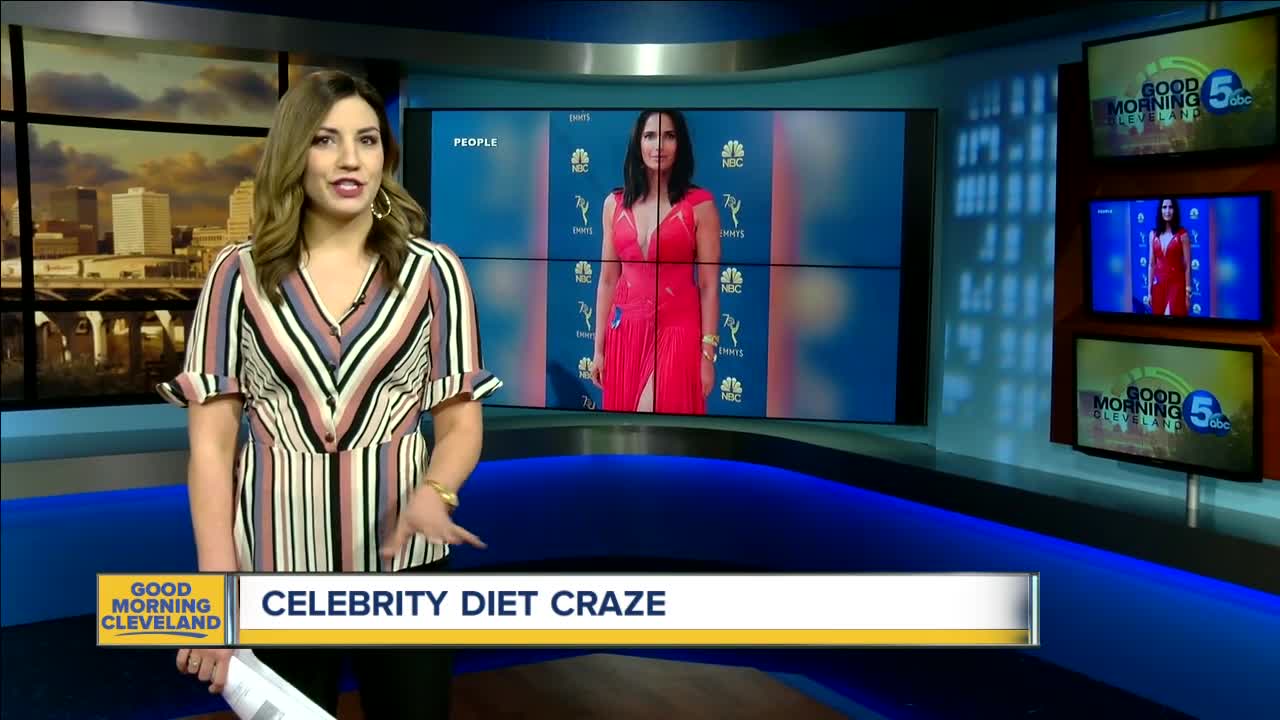 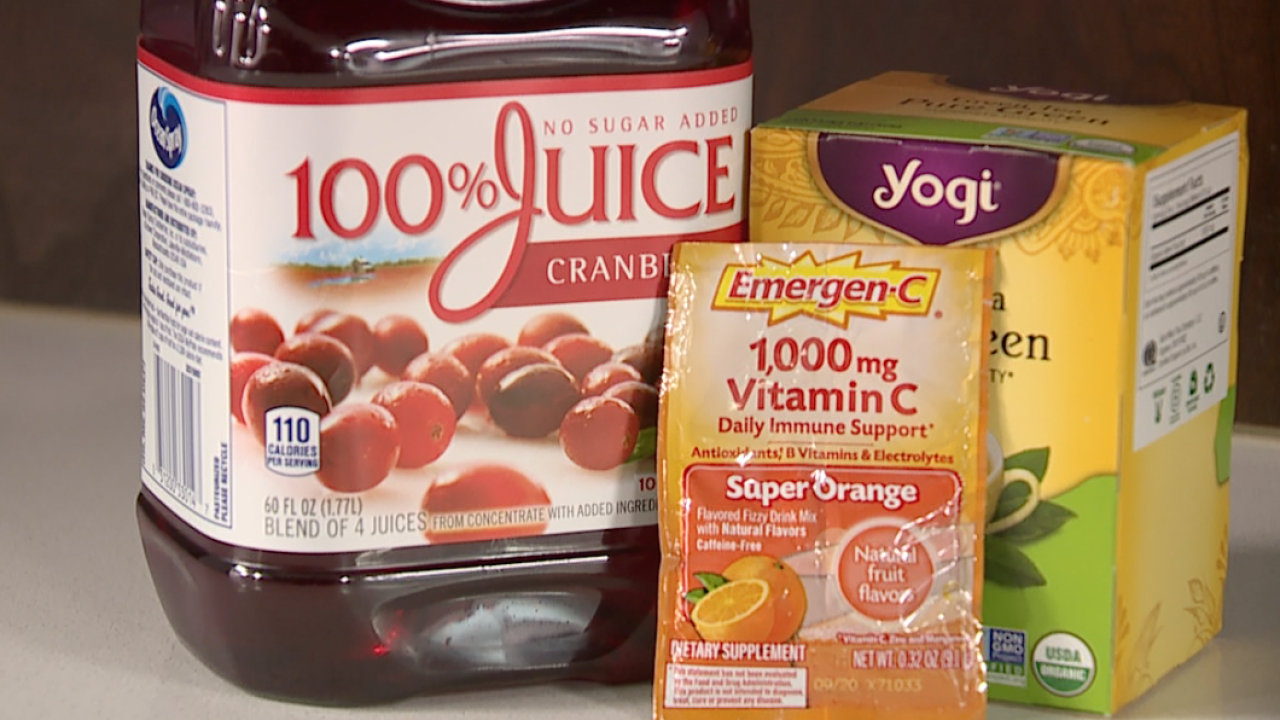 CLEVELAND — The Academy Award buzz is all over social media, people chatting about the winners, the losers, and of course, the red carpet looks. Though, sometimes celebs can go to extreme lengths to be red carpet ready.

“They’re under a lot of pressure,” she said. “That causes them to do things that aren’t the healthiest approach. So, what concerns me about it is when they’re promoting that to you and I who don’t need to be red carpet ready by Saturday.”

Celebs like Kylie Jenner, Bella Hadid, and most notably, Miranda Kerr have promoted drinking celery juice. Kerr says she drinks 16 ounces each morning on an empty stomach, claiming it’s good for weight loss and other health benefits like clear skin.

Bier’s verdict? This one is fact (sort of).

The juice concentrates all of the nutrients in the celery stalk, so you are getting antioxidants and anti-inflammatories.

But Bier says just because it’s not bad for you, doesn’t make it a miracle potion.

“I think the main benefit is it’s going to give you a little boost in the morning, help rehydrate you, help you feel refreshed, and it probably makes you feel like you’re doing something healthy,” said Bier.

She does note that when people juice, you’re losing the fiber from the actual fruits and vegetables, which is an important aspect of a diet.

Top Chef TV host Padma Lakshmi promotes what she calls a “Cranberry Draino” blend. But if you can’t guess by the name, this one is fiction.

Lakshmi claims when she is filming “Top Chef” she drinks this cleanse multiple times a day for 12 weeks and loses 15 lbs.

The cleanse itself is a mix of cranberry juice, green tea, an Emergen-C packet, and Metamucil.

Bier says this is a horrible idea. While you can’t technically overdose on Vitamin C, the excessive amount in each packet of Emergen-C could cause some nausea and then the fiber in the Metamucil will cause diarrhea.

“It really sounds like a disordered patter of eating. I mean it’s basically ‘I’m going to over indulge here, and then I’m going to induce diarrhea to kind of purge and that’s really consistent with an eating disorder,” she said.

While you may lose some weight, the moment this cleanse is done, Bier says you’ll gain it back.

Studies have linked the vinegar to lowering cholesterol and helping blood sugar control.

Bier says doctors aren’t exactly sure what the active ingredient in it is to assist with the health benefits, but says there are protein fragments and good bacteria that can help you feel fuller longer, promoting weight loss.

Though she stresses to only take about 1 to 2 tablespoons before a meal each day and to dilute the liquid with water. She warns vinegar is extremely acidic so it can damage your teeth enamel and your throat.

Bier says while most celebrities will promote a “quick fix” she says most likely, they aren’t sustainable diets—and that we should remember, celebs are just people.

“Most of them do not have any medical backgrounds. They, themselves, are very vulnerable to the allure of quick fixes,” she said.

Your best bet is to eat healthy and consistently exercise.