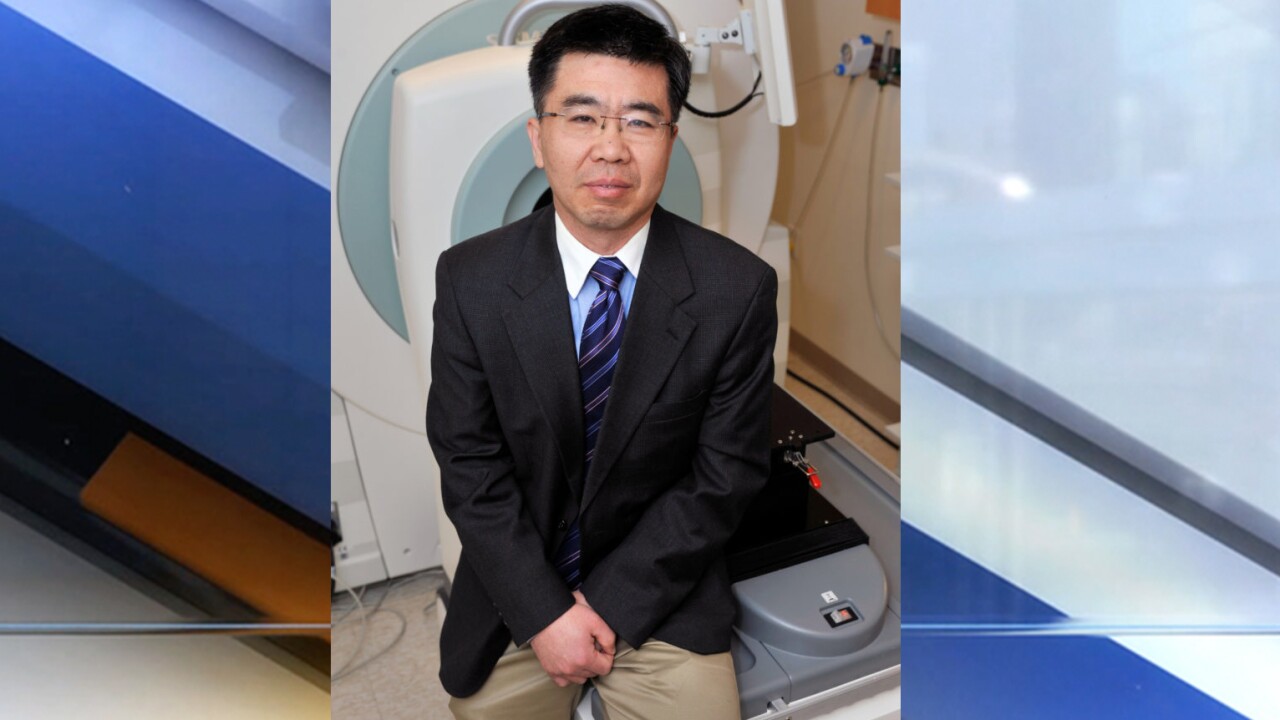 Yanming Wang, co-inventor of Myeliviz and professor of radiology at the School of Medicine.

CLEVELAND — A new drug created by researchers at Case Western Reserve University (CWRU) could help doctors diagnose and monitor the progression of multiple sclerosis (MS) in its earlier stages, according to a release from CWRU. The drug has been approved by the Food and Drug Administration for its first human trials.

The drug known as Myeliviz will be tested in clinical trials involving healthy volunteers at the Cleveland Clinic Mellen Center for Multiple Sclerosis. The drug carries the potential in providing a new source of evidence to help physicians determine existence and the extent of the damage to the body's nervous system caused by MS.

Myeliviz targets and binds to myelin, the layer surrounding nerves that is affected by MS. Doctors would administer an IV before a positron emission tomography (PET) scan. The myelin acts as a marker in PET scans.

Because normal myelin and damaged myelin have different patterns of Myeliviz, doctors can use the images as a piece of evidence to determine MS diagnoses among patients.

"Myeliviz could be the missing link in finding a cure for MS and other myelin diseases by serving as a specific and quantitative imaging marker for early diagnosis and sensitive, quantitative evaluation of novel therapies currently under development,” said Chunying Wu, the drug’s co-inventor and instructor of radiology at Case Western Reserve, in a news release.

The combination of Myeliviz and PET scan could supplement the use of magnetic resonance imaging (MRI) machines, that is considered the current standard-of-care imaging examination of MS, even though they are less effective for monitoring the disease.

“This drug may provide improved ongoing monitoring of brain health in general—and help doctors more accurately gauge the effectiveness of treatments in numerous neurological diseases such as epilepsy, stroke, neurodegeneration, tumor and trauma in the brain and spinal cord,” said Mykol Larvie, director of functional neuroimaging at Cleveland Clinic, who leads efforts on the FDA application process.

MS is often diagnosed between the ages of 20 and 50, according to CWRU.