Moms, you're not alone. Here's how to find your village. 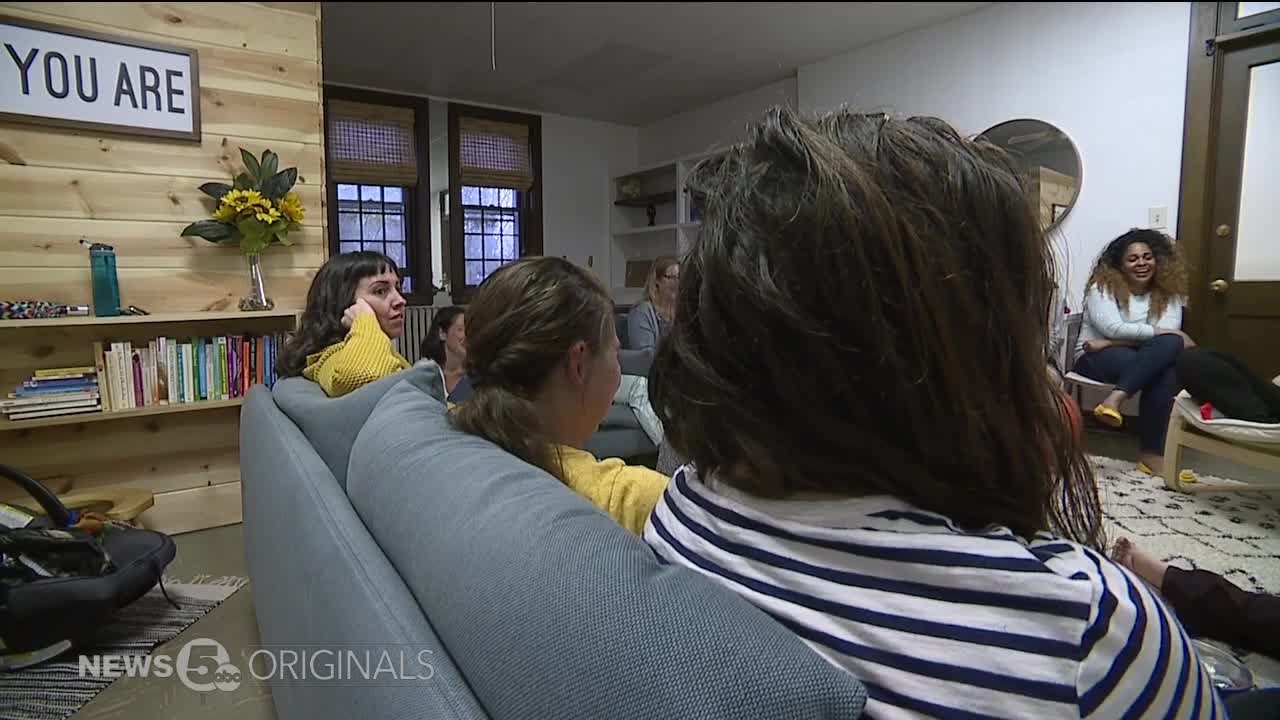 Motherhood is hard, but not a lot of moms will admit it. We found some moms who were willing to keep it real, and explain how they found their village. 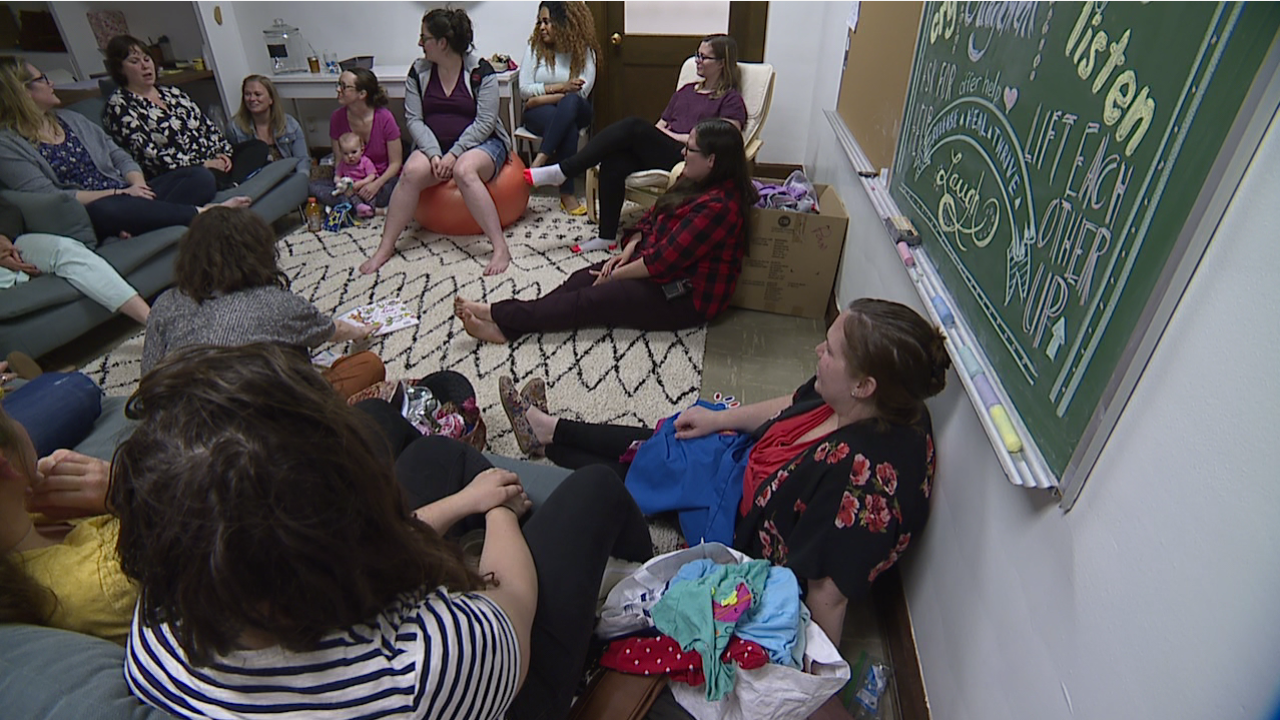 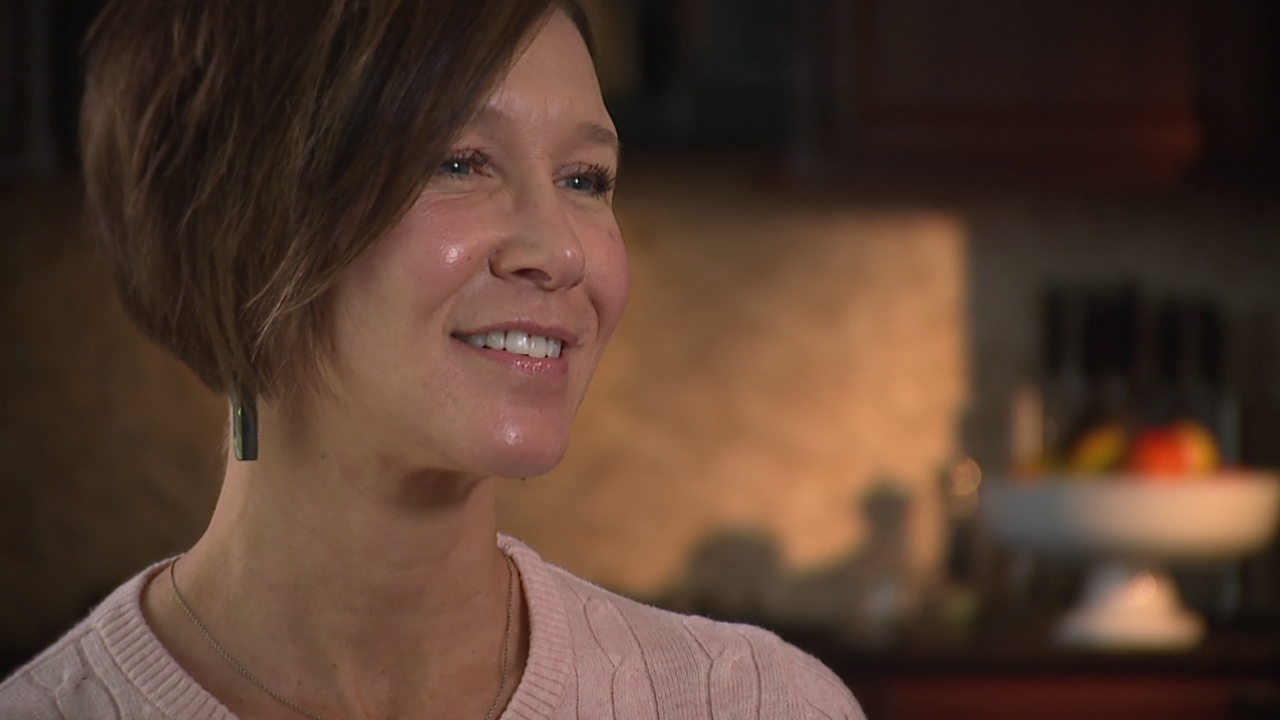 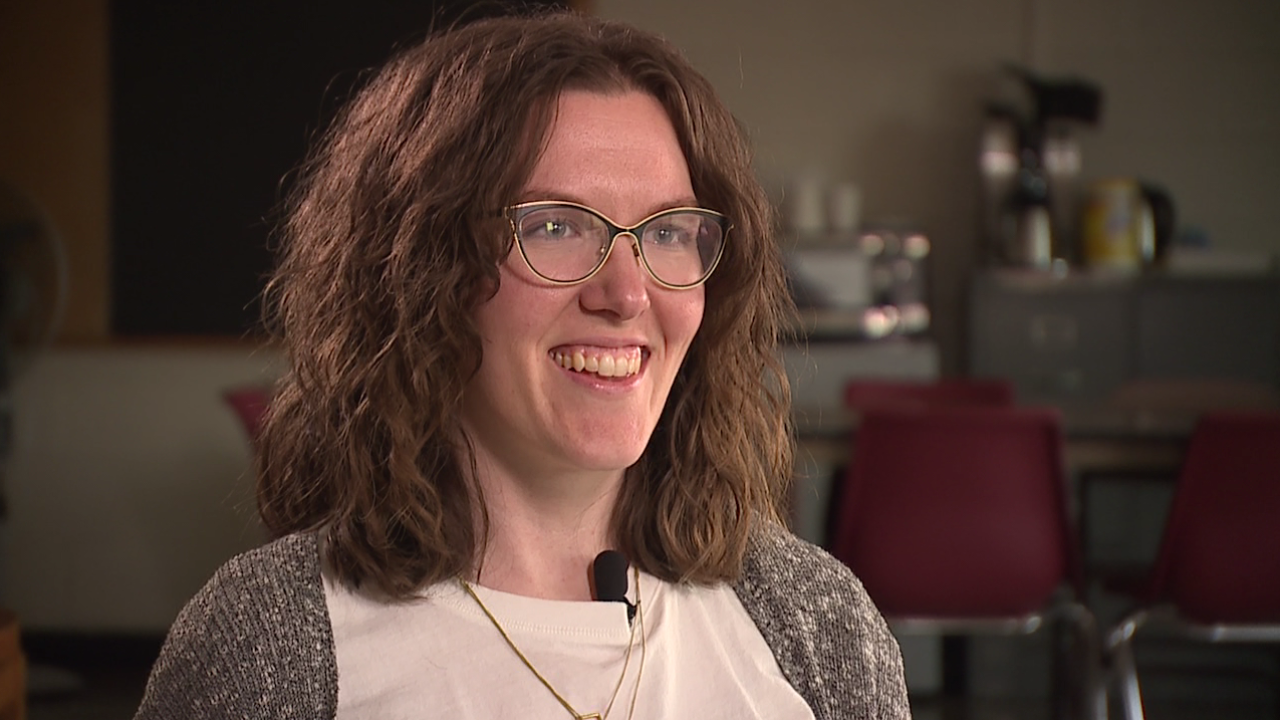 Parenting is hard. There are no ifs, ands or buts about it. A lot of parents, especially moms, don’t feel like they can admit just how hard it is. In the age of social media, women are feeling even more pressure to make motherhood look effortless. We found some moms who were willing to keep it real.

The moms we spoke with are up before the sun most days. But all day, every day, they’re on, from first light to lights out. Moms meet everyone’s needs. They put dinner on the table. They do it all while they’re probably also working full-time. They’re basically the glue that holds a household together. As one of our moms told us, “a lot is on a woman.”

Celina Broyles knows what she’s talking about. This Bedford mom takes on a lot. Broyles has a husband and two children, a 7-year-old boy and a 5-year-old girl. She also works a full-time job. On top of it all, she recently went back to school. It doesn’t leave a lot of quality time.

“Sometimes the guilt of feeling like, you know, I didn’t get to see me kids all day, so I’ll keep them up a little longer just to have a snack with them or something. Just to have some time together," she said.

Broyles spoke a lot about guilt during her conversation with News 5: the guilt of not being there, the guilt of making time to take care of herself, even the guilt of having a wonderful husband.

"I’m truly blessed to have my husband on my side," she said. "There’s nothing I have to ask him to do so that’s a blessing for me, but you know I feel guilt of that.”

Even though she has that amazing husband by her side, Broyles feels like it’s her responsibility to keep the house clean and make dinner. She drives home in the middle of her day to meal prep and make sure there’s a healthy, home cooked dinner waiting for everyone at the end of the day. As for cleaning, she said, “if any woman’s house is not clean they’re not gonna blame the man.”

Angela Mossbruger has a supportive husband too. He’s gone at work all day and she stays at home in Avon to take care of the house and everyone’s needs.

“I feel like his day is just linear: you do this, this and this. And mine is, okay I gotta think about that, I gotta think about that and try to organize it all while I’m not trying to multi-task because that doesn’t really work that well for me,” she said. That’s a sign of the mental and emotional labor that moms tend to carry disproportionately. For example, “When I ask my husband ‘Can the girls have a sleepover tomorrow night?’ he’s like ‘Oh that’s fine.’ But in my mind it’s: that means we have to get this daughter home from here, and we gotta go here for this and – a simple question for him, there’s a lot for me to think about," she said.

Mossbruger said the most stress on her day is figuring out what to eat. She has two daughters, ages 12 and 14, who are both involved in sports. Sometimes they can’t eat together as a family because of the kids’ schedules. Figuring out what to serve is its own challenge.

“Everything is so fast these days,” she said. “Everything’s fast food, easy access, put it in the microwave or something that’s very convenient for people and that’s not always the healthiest.”

Ashley Peters is a single mom in Lakewood. While Broyles and Mossbruger both spoke about having a circle of other moms they can turn to, Peters said she’s pretty much on her own.

“I don’t have any ability to call anybody else to say, ‘Hey, can you pick her up from daycare,’ or anything like that. It has to be me," she said. Peters’ closest family is about an hour and a half away in Mansfield. That’s also where her 7-year-old daughter’s father lives, and where her daughter spends weekends. So even when they do go down to Mansfield, it’s not to see her family. It’s tough. “I feel a lot of pressure probably every single day,” she told us.

Peters does have a boyfriend who lives with her and her daughter. He’s a full-time student with a lot on his own plate right now. As for other moms, she doesn’t really have anyone to turn to. “I can’t just call up my friend and be like, ‘Hey I just went through this, can we talk about this?’ You know? I don’t have any friends up here that have children," she said.

That feeling of isolation is something you’d likely hear from a lot of moms, but probably not on social media. For years, people have been curating their lives, only showing their best selves online. That goes for moms too. It’s common to see beautifully-staged family photos and proud mother/child cuddling moments. You don’t often hear about the messes kids make, the physical consequences of childbirth, the stress moms are feeling, or the weight of trying to raise a tiny person into a full-fledged functioning member of society. Fortunately for the sanity of mothers everywhere, that’s starting to change. Celebrities and influencers are starting to be realistic about motherhood. Model and author Chrissy Tiegen has become famous for her candid posts about motherhood, for example.

It’s Maternal Mental Health Month. Let’s help all the moms who may be going through #postpartumdepression. Post what you wish you knew or had done when you were going through it. #MyWishforMoms And, if your family needs help, check out https://t.co/Hm4KxDCn07

There’s another upside to social media: connection. Moms are creating support groups and finding each other in a safe space where they can be completely honest about what they’re going through. Moms can use these safe spaces to tell all: epic tantrums, annoying partners, impossible in-laws, frustration, depression, anxiety. Anything goes. Search social media sites for your city, followed by “mom group,” and you’ll probably be able to find one. We found one of these groups that takes the support beyond the internet and into the real world.

Resilient Mamas is a Facebook group where moms can lean on each other and vent their daily struggles. It’s also a bi-weekly support group. They meet in a second-floor room at Good Soil Lutheran Ministries in Lakewood. Crowded onto couches and lining the walls of the room, these moms find solidarity. It’s all thanks to Rachel Bowers, the maternal wellness coach who made it all possible. She’s been a licensed social worker for 10 years, with experience in child and adolescent health. Every two weeks she leads the moms in a discussion, covering topics like mental filtering, overgeneralization and "all or nothing" thinking. The group basically covers “anything related to motherhood or emotional health,” Bowers told us.

Moms could use that kind of support. A U.S. Department of Labor study conducted in 2017 found that 20% of moms with children under 18 participate in the work force. Seventy-five percent of those women are working full-time. Another study commissioned by Welch’s Grape Fruit Juice in 2018 found that when you add up the average amount of time a working mom spends at her job, with her duties at home, it totals 98 hours per week. When you’re basically working more than two full-time jobs, you need to expect mistakes, and as Bowers said, “We have to give ourselves a ton of grace when we make a mistake.”

Bowers isn’t just the leader of these Resilient Mamas. She’s a mom herself, with a 2-year-old daughter and 5-year-old son at home. Like every other mom we spoke with, she knows mornings can be chaos.

“It gets hectic in the morning with trying to get the 5-year-old out the door on time, remind him to get dressed, remind him to get his teeth brushed, keep the toddler from opening the cabinet and taking everything out of the cabinet," she said. She also knows what it's like to feel like you’re failing as a mom, saying, “With my son I was unable to breast feed successfully and it kind of led me, it led me to postpartum depression.” She turned her transition to motherhood into a new purpose: helping moms like her. The women in her group would say it’s working!

Cait Proctor-Frazier also struggled with postpartum depression after having her first child. When she was pregnant with her second, she knew she needed to have a support system ready to go. She found Resilient Mamas.

“They helped me with the transition into motherhood again because it’s never the same," Proctor-Frazier said. She said Bowers doesn’t just help within the confines of the group meetings. She makes sure you go home ready to face whatever motherhood has to throw at you: “Tools, tips, tricks for combating like, negative self-talk and things like that. Even when I leave here I don’t leave with nothing.”

Rachel Rieke, who has a 3-year-old daughter, was one of the original members of the group. When she started going, it was only a few other people. She said Resilient Mamas was there for her when she became a single mom and praised, “the immediate support of being able to have someone just say ‘everything’s going to be okay’ or ‘I understand how you’re feeling right now,’ or ‘Oh God that sucks!’ is like, absolutely amazing.” She revealed how the group helped her work through “just terrible thoughts that I thought I was alone in and crazy for thinking, like all the ways she could possibly die.”

Colleen Kennedy-Schroeder knows that by meeting up with these resilient mamas every two weeks, “I don’t have to like, hold myself up. And someone can hold me, and I can hold them. I can just be me, whatever it is.” The mother of four said she sometimes feels like a fish out of water when she compares herself to other school moms.

“I feel like every day there’s some sort of failure," she said. It’s easier to get through those moments of failure when you have a village to turn to, “because you can share the things that you’re uncomfortable with.”

Maybe a twice-monthly trek to a church in a Lakewood isn’t realistic for your current lifestyle. You don’t have to turn to Resilient Mamas to find your village. As Bowers puts it, “Once we can all admit that this is hard sometimes, we still love it but it’s really hard sometimes, then we can kind of remove all the judgment and make an authentic, supportive environment.”

She has some advice for mamas looking for their village: If you build it, they will come.

“If you go to a story time strike up a conversation with the moms, say ‘Oh that’s a nice diaper bag’ or ‘Oh what’s your son’s name, he’s cute!’ Striking up that conversation and finding that one person that can say like, ‘Oh man, this is hard right?’ will be a game-changer for you because then you’ll feel less alone and you’ll know that you’re not alone," Bowers said.