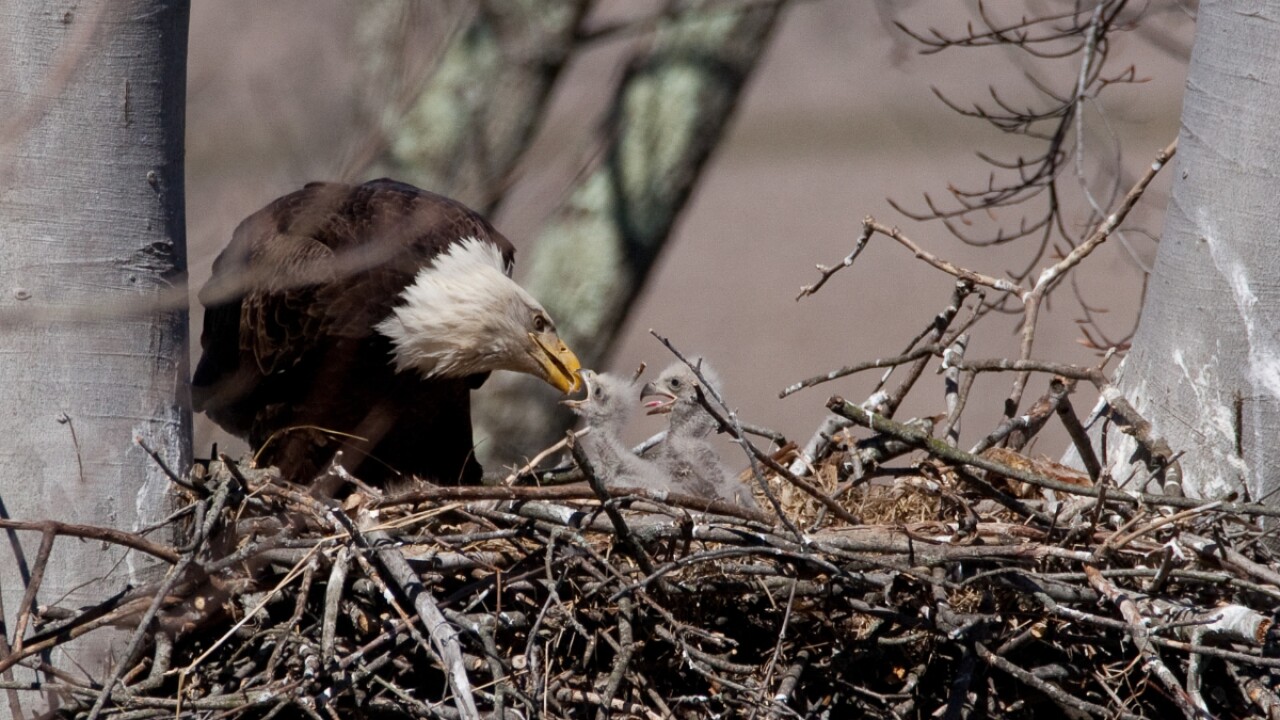 CLEVELAND — Once an endangered species with only four nesting pairs in the state, the bald eagle has made a comeback. In an update from the Ohio Department of Natural Resources, wildlife officials said because of an abundant food source, particularly near Lake Erie, citizen scientists have counted 707 bald eagle nests during February and March.

The bald eagle is one of the state’s greatest wildlife stories. The results from the nest census this year revealed an increase of 151% from the 2012 census, when 281 nests were recorded in Ohio.

“The bald eagle is a symbol of American strength and resilience,” said Gov. DeWine. “The eagle’s comeback in Ohio and across the country proves that we can overcome any challenge when we work together.”

The resurgence of the bald eagle population has been a collaborative effort from concerned landowners, sportsmen and women, rehabilitation centers and the division of wildlife.

Bald eagles are protected under both state law and the federal bald and Golden Eagle Protection Act, making it illegal to disturb them.

When viewing these birds, remember to keep a distance of 100 yards away from the bird or nest. Excellent viewing opportunities can be found at several wildlife designated areas such as Mosquito Creek Wildlife Area in Trumbull County, Pickerel Creek Wildlife Area in Sandusky County, the Cuyahoga Valley National Park and also near major rivers such as the Muskingum, Hocking, Scioto and Miami.