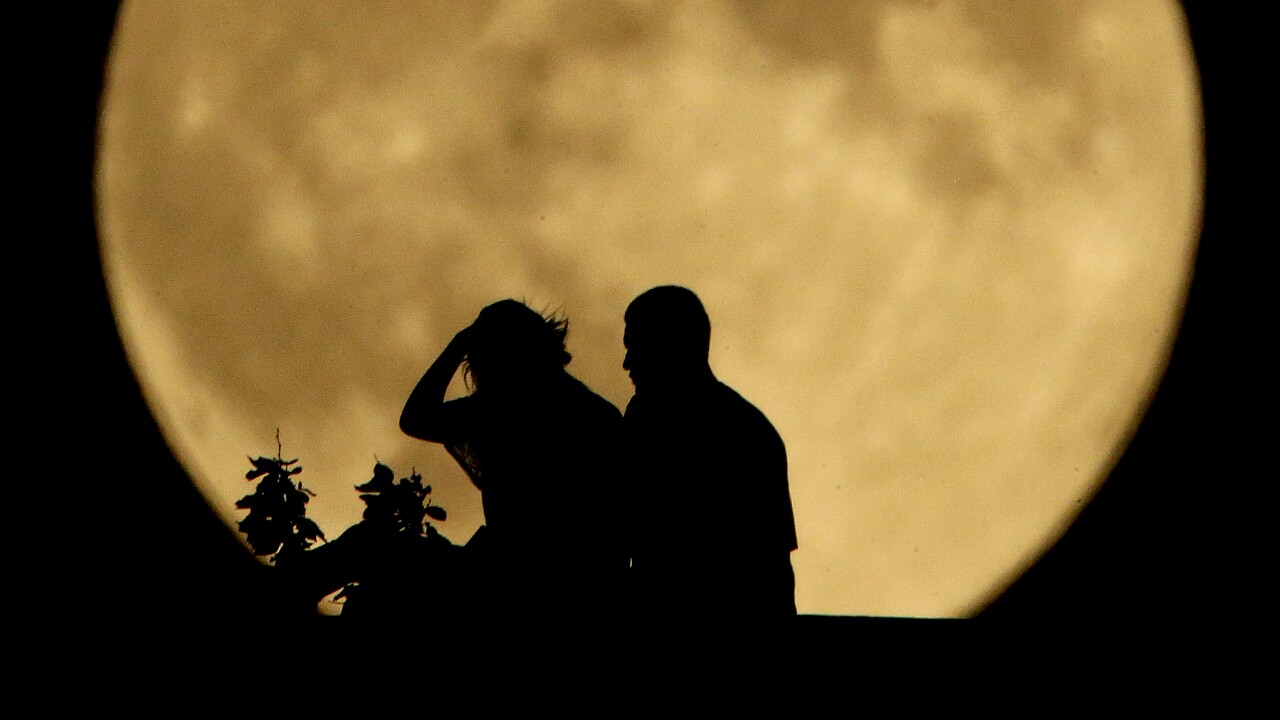 Charlie Riedel/AP
A couple sits on a bluff overlooking the Missouri River as the full moon rises in the distance Monday, Sept. 8, 2014, in Kansas City, Mo. Monday night's full moon, also known as a Harvest Moon, will be the third and final "supermoon" of 2014. The phenomenon, which scientists call a "perigee moon," occurs when the moon is near the horizon and appears larger and brighter than other full moons. (AP Photo/Charlie Riedel)

CLEVELAND — Mark your calendars this weekend because you'll want to look up at the sky to see the next Harvest Moon, according to NASA.

While the moon will be full early Saturday morning, Sept. 14 at around 12:33 a.m., it may be visible on Friday, Sept. 13, depending on where you live.

The moon will appear full for about three days centered around this time, from Thursday night through Sunday morning.

Typically, the full moon rises an average of 50 minutes later each night, but for the few nights around the Harvest Moon, the moon seems to rise at nearly the same time, just 25 to 30 minutes later across the northern part of the U.S., according to NASA.

This harvest moon is also being called a " A Micro Moon" because it looks smaller than usual, which will make this Harvest Moon slightly less bright than average, according to a Forbes article.

Harvest moon got its name because a full moon during September is around the same time farmers harvest crops.

You won't want to miss this Harvest Moon. Find local times for moonrise and moonset for your location here.