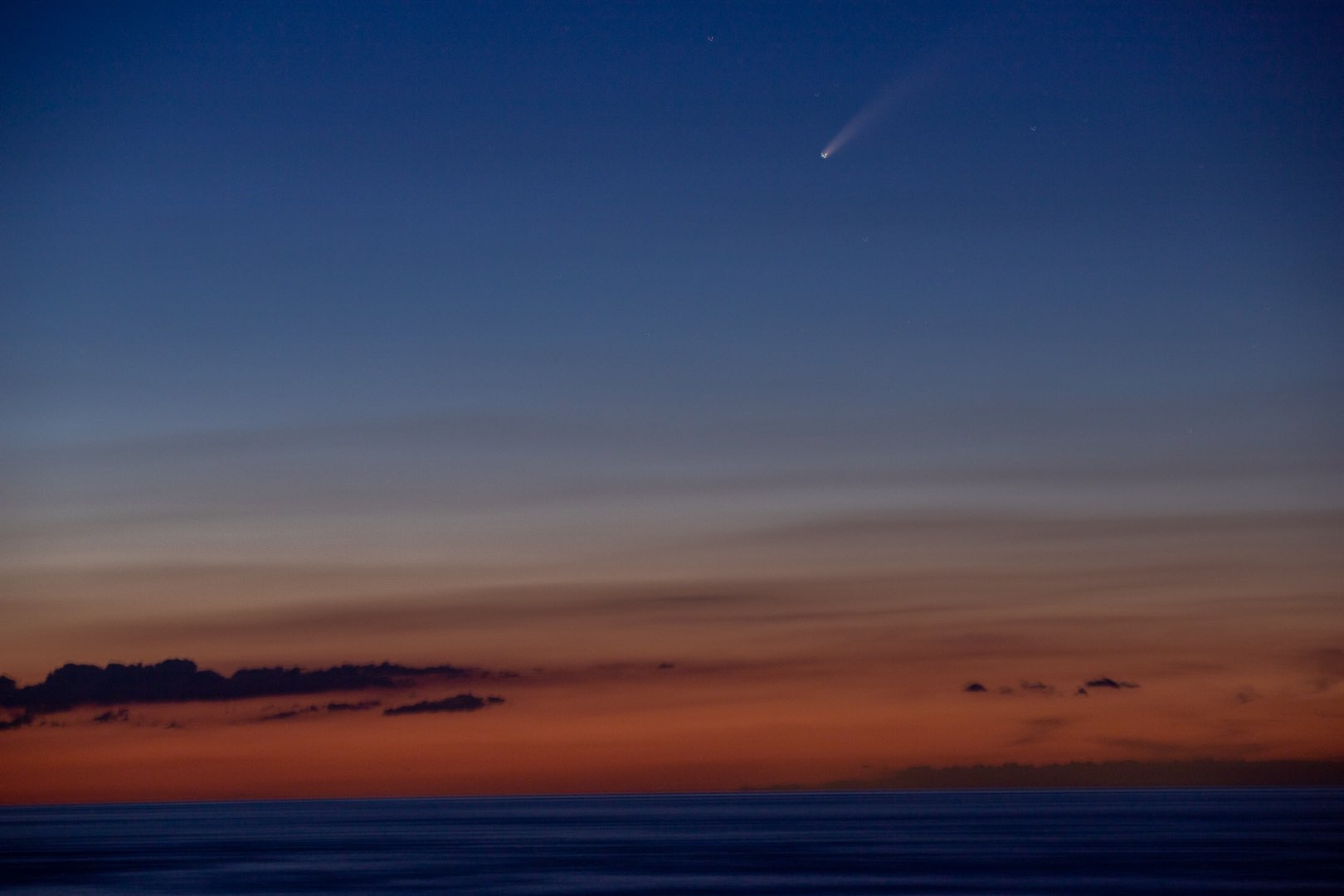 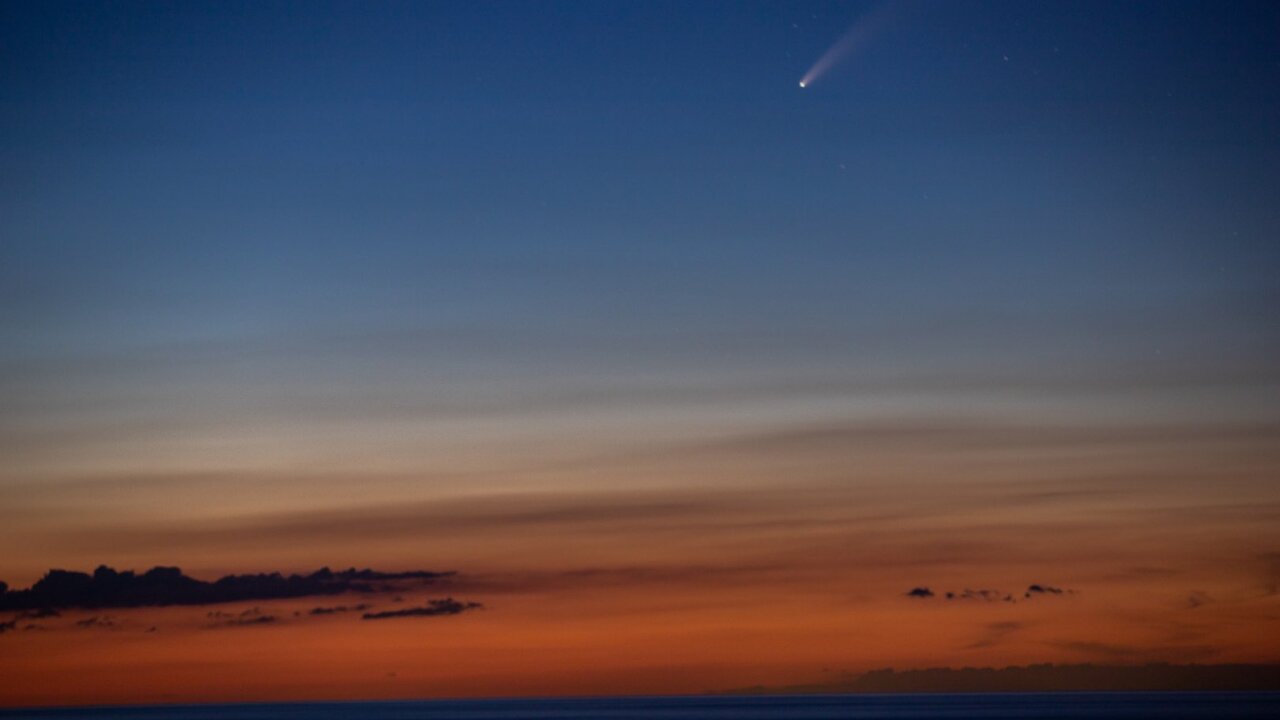 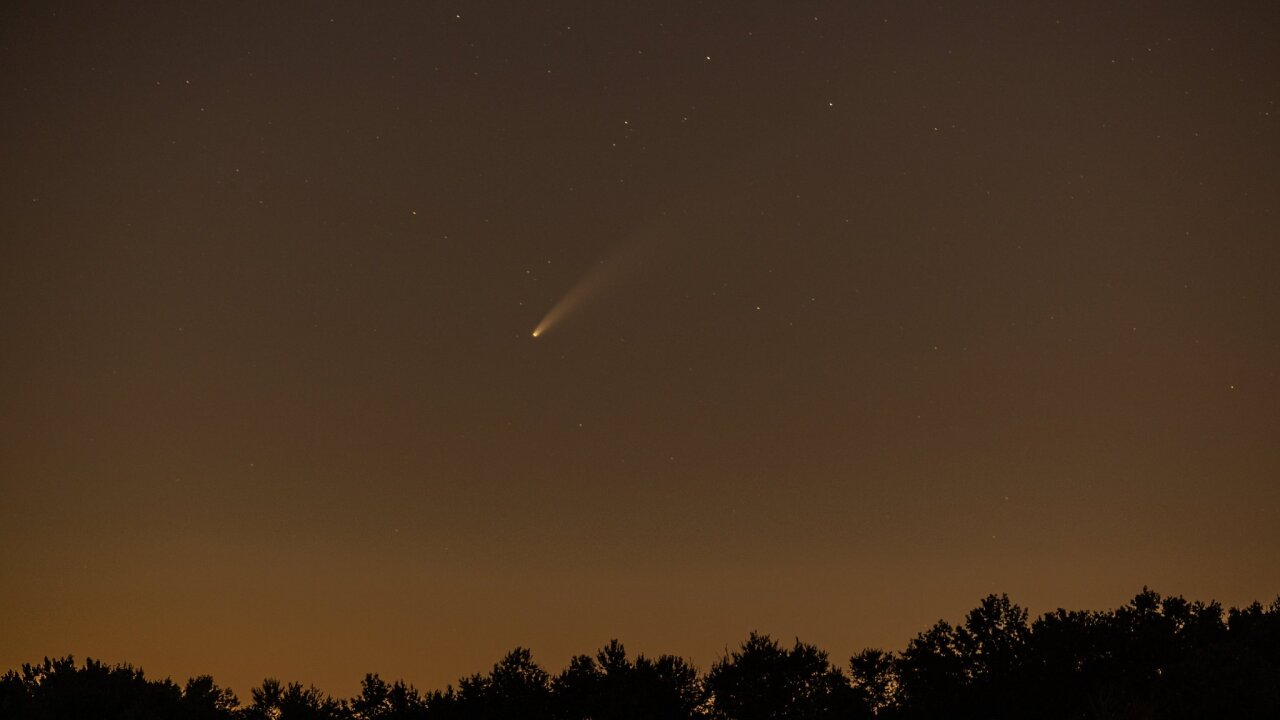 News 5 photojournalist Mike Vielhaber and News 5’s traffic reporter Jon Rudder were the lucky few who woke up before dawn to catch a glimpse of the comet—officially known as C/2020 F3— which is a once-in-a-lifetime opportunity as it won’t pass Earth again for another 6,800 years, according to NASA.

While shooting #NeowiseComet I turned and got a shot of the Milky Way. Nothing special here and full of planes but if you want to feel tiny on this little blue dot look at all those stars. pic.twitter.com/hxU5hKl8T4

Experts said it’s extremely rare for comets to be visible to the naked eye.

NASA said the comet moved just inside Mercury's orbit on July 3. This very close passage by the sun is cooking the comet's outermost layers, causing gas and dust to erupt off the icy surface and creating a large tail of debris.

Did you see it!? #NeowiseComet passing over NE Ohio tonight! pic.twitter.com/bUaYy0zB9Y

"From its infrared signature, we can tell that it is about 5 kilometers [3 miles] across, and by combining the infrared data with visible-light images, we can tell that the comet's nucleus is covered with sooty, dark particles left over from its formation near the birth of our solar system 4.6 billion years ago," said Joseph Masiero, NEOWISE deputy principal investigator at NASA's Jet Propulsion Laboratory in Southern California, in a release dated on July 8.

Since then, the comet has been visible for sky enthusiasts about an hour before the sunrise in the United States, close to the horizon on the northeastern sky.