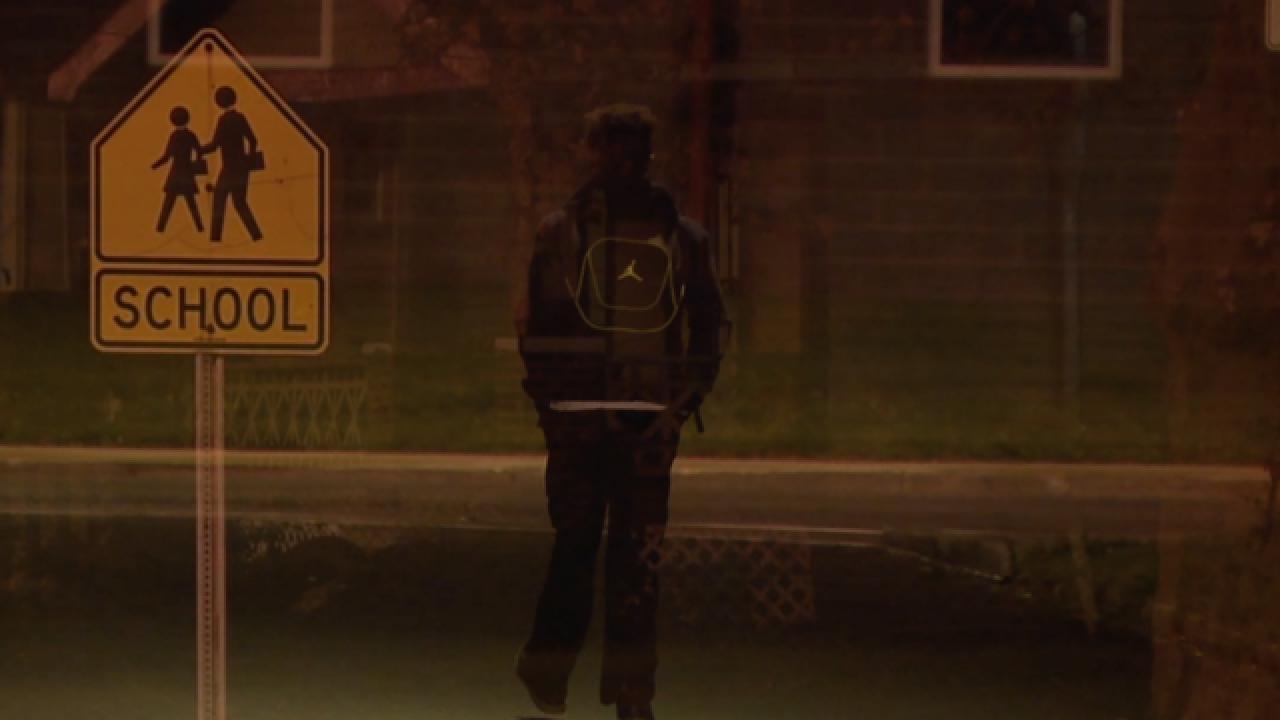 An exclusive 5 On Your Side Investigation uncovered a $5 million goal frequently repeated by Cleveland Mayor Frank Jackson is failing to meet its target of demolishing 500 homes near Cleveland Metropolitan School District (CMSD) schools by the end of 2017.

The mayor unveiled the demolition goal during a May 25, 2017 news conference outside Miles Elementary School and pledged $5 million would be dedicated to the Safe Routes to School program.

The school is located less than three miles from the vacant home where the body of 14-year-old Alianna DeFreeze was found after being abducted and murdered on her way to school Jan. 26, 2017.

SOUND OFF: How do the abandoned homes in Cleveland impact you? Tell us here.

But our review of city documents, demolition schedules and visual inspections of properties found the vast majority of vacant homes remain standing, and children remain at risk near hundreds of them.

Our investigation found just a little more than 400 homes were included on the Safe Routes to School demolition list, and only 109 were demolished by mid-October, according to city data.

“This is another politically motivated stunt as usual,” Alianna DeFreeze’s father Damon DeFreeze said in an interview. “And [the abandoned homes] are coming down much too slow.

INTERACTIVE MAP : What abandoned homes have been demolished, and what’s still standing as part of the Safe Routes initiative?

We also spoke to residents living near some of the vacant homes that are still standing near CMSD schools. Many expressed fear of potential danger the abandoned homes could attract.

“It’s just frightening,” said Ethel Bryson, who’s lived in Cleveland for 32 years. “You don’t know what’s in the back coming over the fence…I’m afraid to go to the side door after the sun goes down.”

INTERACTIVE MAP: Are there abandoned homes still standing near you or your child’s CMSD school? Check here.

“These kids play up and down this street,” said resident William Richardson.

“I don’t know why they don’t tear that thing down,” he said of the abandoned home in his neighborhood. “It’s just dangerous. If I have to come past that house, I know I’d go to the next street if I have to get past it. I just don’t like that place.”

FEEDBACK FORM: How do the abandoned homes in Cleveland impact you? Share your experience.

Last week, we asked Mayor Jackson how many homes were actually on the Safe Routes to School program that were scheduled for demolition, and he was unable to give us an exact number.

“I don’t know,” he said. “I can get that from the demolition department.”

We also asked how many homes have been demolished so far as part of the program since his announcement five months ago.

The mayor now says the announcement in May was describing how many homes $5 million could potentially tear down. It costs approximately $10,000 to demolish one home.

“When you look at the radius of 500 feet around the school, there could be up to 500 homes that will be demolished if the money is available,” Jackson explained.

When asked why the 500 homes near CMSD schools will not ultimately be demolished before the end of the year, Jackson said, “Well, again, we have to check with building, housing and the law department. If you own a home, we can’t just tear it down. There’s a process to it.”

Just last week, the mayor announced an addition $8 million dollars has been added to the program to tear down vacant homes near schools.

Since 2006, the city has demolished roughly 9,000 structures, but this year marks the first time vacant homes near schools have been targeted.

We’ve created an interactive page where you can sound off on how abandoned homes in Cleveland impact you. You can also check our map to see what abandoned homes are still standing near you or your child’s CMSD school.