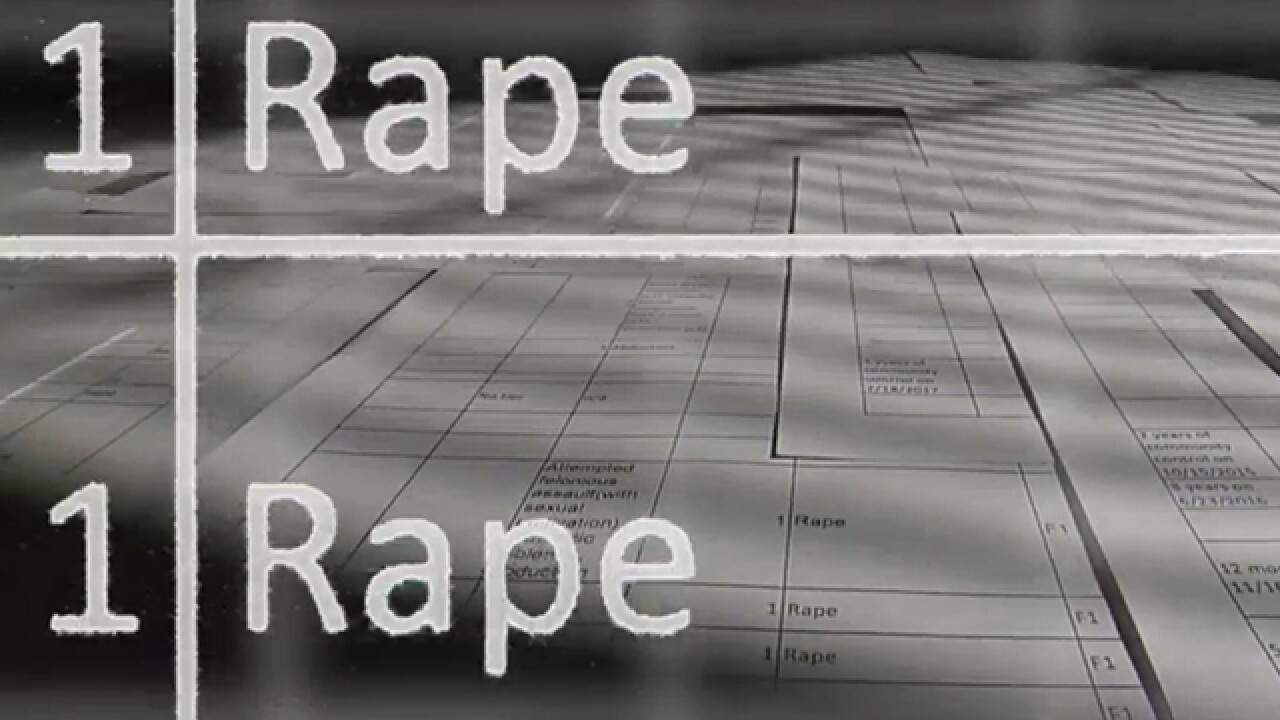 Our investigative team reviewed every case involving rape charges filed in the Cuyahoga County Court of Common Pleas from 2014 to 2016. We found close to one in five defendants charged with rape accepted what one local judge calls “factually baseless” plea deals, and those defendants were not required to register as sex offenders.

One year ago, Alisa Alfaro was raped.

Her attacker, she said, was someone she trusted.  Charles Cross, 63, had always treated her kindly.

“He and his wife were my neighbors,” Alfaro said.

Cross would help her walk up the stairs when they were icy in the winter, run to the store for her and help her move heavy objects in her apartment.

He was “just wonderful, I thought,” she said.

After she hurt her foot last year, Cross offered to help.

On the night of May 16, 2017, as usual, she left her door unlocked for him so he could take her dogs for a walk in the morning.

“I woke up to him groping me,” she said.

She knew he carried a knife, so she pretended to be asleep.

“You think you know what you’re going to do when it happens,” she said. “But then you’re frozen.

“It’s that silent scream,” she said. “You just choke on it… in your throat. So I laid there.”

'One of the lucky ones’

“I wanted to hear guilty,” she said of the case’s outcome.

She also wanted Cross to be required to register as a sex offender. However, to accomplish her goals, she made a compromise involving the truth.

As part of his plea deal, Cross will have to register, but the crimes he admitted to were burglary and attempted rape.

But Alfaro said what Cross did to her was a completed act.

“He was successful in raping me,” she said. “He’s the worst kind of monster.”

However, she still feels a sense of justice.

Along with being deemed a sex offender, Cross received the maximum sentence.

“I feel like I protected other people,” she said, “because he’s gone for 16 years. I’m one of the lucky ones. [It] shouldn’t be that way.”

For years, Cuyahoga County Common Pleas Court Judge Michael Donnelly has sounded the alarm about what he calls “factually baseless” plea bargains, where defendants admit guilt – but to crimes they did not commit.

“It’s the antithesis of what we’re supposed to be doing,” Donnelly said. “A lot of times, I fear in our system, the cart goes before the horse. And people just focus on consequences.”

“My concern from a public safety perspective is that the opportunity to hold someone accountable was missed,” he said.

For example, in one case, 38-year-old Lavar Overton pleaded guilty to attempted felonious assault after being charged with rape in 2014.

Overton was charged with rape again in a different case last year.

Donnelly said “factually baseless” plea bargains are not only dishonest, they often allow criminals to avoid the sex offender registry.

For six months, 5 On Your Side Investigators reviewed every case where a rape charge was filed in Cuyahoga County between Jan. 1, 2014 and Jan. 1, 2017.

We found there were 716 cases where a defendant charged with rape accepted a plea deal.

Of those, there were 128 cases where a defendant pleaded guilty to crimes unrelated to sexual assault and did not have to register as a sex offender.

The most common charges defendants pleaded down to included:

We found concerning examples of defendants evading the registry.

Along with Overton’s case, we found 48-year-old Matthew Exum was charged with rape, but ended up pleading guilty to attempted abduction in 2015.

In another 2015 case, 36-year-old Myron Johnson was charged with rape, but ultimately pleaded guilty to attempted kidnapping.

“It shouldn’t happen,” said Teresa Stafford, Senior Director of Victim Services and Outreach at the Cleveland Rape Crisis Center.  “Individuals, if they sexually violate somebody, they should be held accountable for what they did.

“They need either to go to prison and be held accountable in that system or register as a sex offender,” Stafford said. “And so many times, when individuals plea, they avoid both prison and sexual offender registration status.”

She said the impact of “factually baseless” plea bargains can be devastating for victims.

“Some feel re-victimized,” she said. “Some survivors feel they didn’t receive validation. It minimizes their abuse and their experience and that the offender wasn’t really held accountable at all for the situation.”

Stafford said the deals also send victims the message that no one believes their stories and what happened to them was not a serious crime.

Frustrated, Judge Donnelly spearheaded an effort to change state rules to ensure convictions are based in truth.

“It’s really modest when you think about it,” he said.  "There's going to be a discussion on the record, ‘What are the facts, that if true, support what this person is going to be admitting to?’”

However, in 2016, the Ohio Supreme Court rejected the recommendation 4-2 without explanation after some prosecutors and defense attorneys campaigned against the proposal.

“A lot of issues that were raised by the defense bar were valid,” Donnelly said. “They have concerns they’re not going to have any negotiating room in tough cases.”

He said he would like to see the creation of a statewide task force where stakeholders meet to discuss issues related to truth-in-sentencing.

“I think we’d be able to provide the public with a rule that addresses everyone’s concerns and increases transparency, where it’s desperately needed,” he said.

O’Malley declined our requests, but sent us the following statement:

“The facts in every case of sexual assault are unique, as are the feelings and emotions of each victim. All of that is taken into consideration when resolving these cases. It is the view of the Cleveland Rape Crisis Center that no victim of sexual assault should be re-victimized by being forced to testify against their assailant. I share that belief. I am proud of the work of this office and our pursuit of justice on behalf of victims of sexual assault.”

Behind the story: How we found accused rapists evading the registry