Historic bank vaults in Cleveland take you inside the world of millionaires, wealth and mystery 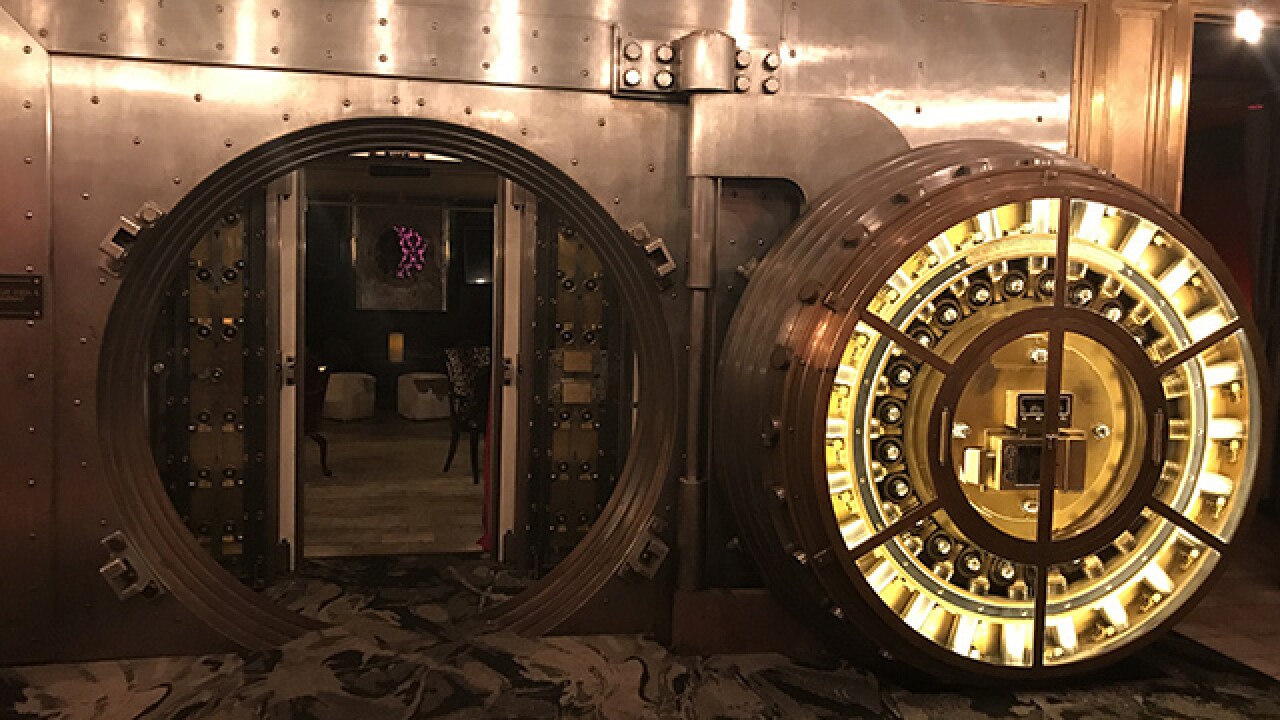 Former banks now house some of Cleveland’s most-well known restaurants—taking you inside a world where millionaires kept their wealth and most valuable belongings. These buildings, designated as historic landmarks, tell a vivid story of Cleveland’s journey from the 1900s when the city’s population was on the rise.

Like many 20th century buildings, these former banks have had their fair share of transformation. As cities across the country demolish buildings to put new ones up, Cleveland has managed to keep intact several former bank vault spaces. From The 9 to Crop Bistro, it’s not often when one can dine in and eat among the relics of the pre-depression era.

“There is stuff that is important to the overall history of Cleveland that no one knows about. There’s that saying that the history of a place is not always obvious and that’s what we do. We try to bring it out that history. This is why this is important to Cleveland,” said Karl Brunjes, staff member of  the Landmarks Commission for the City of Cleveland.

Built in 1908, one of Cleveland’s architectural gems is the Cleveland Trust Rotunda Building, which houses Heinen’s grocery store. Designed by architect George Browne Post this building prompted Brunjes to document the development and history of properties in the area of Euclid Avenue to Prospect Avenue as part of his thesis, Banking on success: The Cleveland Trust Company Complex, from rise to rebirth, released in May.

Common belief and word of mouth suggested that the ceiling of The Rotunda was Tiffany & Co. glass but it was this mystery and unsupported fact that left an uneasy feeling inside Brunjes.

After going through nearly 212 boxes of bank records at the Western Reserve Historical Society and hitting a dead end, his research took him east to New York City— where it wasn’t until the last day of his two-day trip that he found the answer he was looking for. There among subcontractor records he found receipts written out to Italian-born American glass stain designer, Nicola D’Ascenzo. He was led to his final destination, The Athenaeum of Philadelphia. A turn of a page in D’Ascenzo’s records was a picture of the giant Tiffany-style dome.

Ameritrust Complex turned into the 9

Few people know the Ameritrust Building, the tower now named The Metropolitan at the 9, was designed by brutalist-style architect Marcel Breuer in 1971—the same architect commissioned by the Cleveland Museum of Art Director Sherman E. Lee to build the 1971 education wing.

According to Brunjes, the tower was almost demolished but preservationists and the American Institute of Architects rallied around this building because of its history and connection to one of the best architects of the 20th century.

Historians and the public can thank those before them for their concerted efforts to save a building designed by a legendary architect. A step back in time is an elevator ride down to B1, underneath Cleveland’s busy E. 9th Street. Bank vault turned luxury lounge, The Vault at the 9 renovated four vaults, including the most notorious Carnegie Vault where business tycoons Rockefeller and Carnegie held their most prized possessions.

Kenny Didier, general manager of The Vault at the 9, remembers finding a hallway-like passage in the back of the vault during renovation.

"I'm sort of a history geek so this stuff really excites me," said Didier.

Upon further discovery inside a dusty, dark hallway, Didier and his team found old ledger books in boxes and a rather unusual item for a bank— a whiskey barrel ax.

The Prohibition Iron Ax 1901 marked with the words “Out of the whiskey” incites questions of a whether a speakeasy existed during a time when the sale of alcohol was against the law. It continues to be a question of mystery and a valued piece of memorabilia.

All for self-explorations, Didier stopped exploring the connecting passageways behind the vaults after a spooky situation involving strange voices and noises of doors closing. Two staff members quit after

"I used to come down here with my flashlight," he said. "One day I was down here, I heard someone call my name and I said, 'Hello' and I heard someone say something then I heard the door close and look around and there was no one there. I felt weird and then I stopped coming down here myself."

From the rise of banks to their rebirth

Step inside the ground entrance of Crop Bistro, formerly the United Bank Building, and one will see massive arched windows along the façade of the building, a coffered gold and bronze ceiling and dark-colored Roman-like marble columns standing tall among the table and chairs.

Constructed in 1924, The United Bank Building was once the largest banks on Cleveland’s west side.

Ursula Allison, events director at Crop Bistro, said customers would walk into the bank from the West 25th entrance and walk down the stairs to where safety deposit boxes were kept inside the vault.

Once occupied by bank tellers and cash deposits, the vault holds seating for up to 120 guests. Just a staircase or elevator away, guests will be taken from the main dining room on the first level to what is now the Crop’s prep kitchen, formerly the bank’s counting room. Directly outside the test kitchen is the original bathrooms, where tellers and counters would use the facilities to wash away the ink stained into their hands after a day’s work.

Crop’s new head of management, Marcel Fadul, is a man who appreciates antiques. So, when he took over management of Crop Bistro earlier this year, he brought his obsession of all things antiques to life at the Crop Bistro.

“When the bank closed, I believe there was an auction in the 1980s,” Fadul said. “I know all the dealers in Cleveland. For seven months, I found the original table that occupied the space. I found them in a barn in the middle of Amish country. I’m working on getting the original ten brass chandeliers.”

The restaurant space is reflective of a modern restaurant atmosphere while keeping alive the memory and legacy of the bank and its place in Cleveland during the 1920s.

While the banks that held the money and valuables of Cleveland residents may be long gone, their legacy lives on through these converted vault spaces.