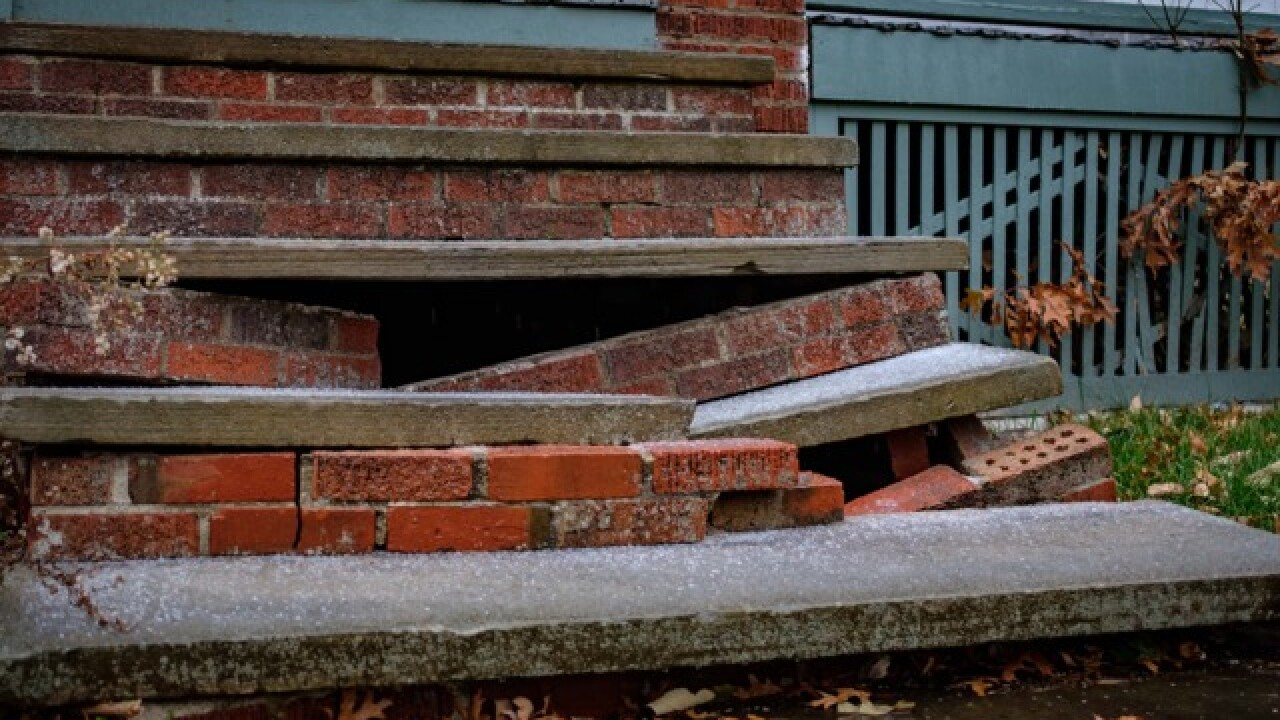 Designed to Fail: The rise of rent-to-own leases

LaJuanna Williams' little girl, Andrea, loved the house near the corner of Elgin Avenue on Cleveland’s east side.

“The house was gorgeous,” Williams said. “It had a princess palace window.”

Parts of the home were painted purple, one of Andrea’s favorite colors.

“She said, ‘Mommy, I would love to live in that house,’” Williams said.

After an accidental shooting took Andrea’s life in April of 2008, Williams decided to buy the house her daughter loved so much.

“To me, it was kind of like having a piece of her,” she said.

Then, she lost the house too.

Williams became one of the thousands of people across Ohio still grappling with the aftereffects of the foreclosure crisis when she fell prey to a form of lending that can become predatory.

“I felt like I deceived her,” Williams said of her daughter. “I let her down once again. I couldn’t save her life, and now I can’t save the house she wanted.”

The worst of both worlds

Rent-to-own leases and land contracts, which are similar, are advertised as affordable ways to own homes.

However, housing experts said those who sign them often end up worse off.

“In some ways, it's the exact opposite of a regular mortgage,” said Ben Faller, a professor at the Case Western Reserve University School of Law and an Ohio housing expert.

“You see contracts, in some ways reminiscent of what we saw during the height of the mortgage boom…that are designed to fail.”

The buyer secures a low monthly payment that would be put toward the principal, but, like a homeowner, is saddled with the cost of taxes, liens, code violations and repairs.

Like a renter, if the buyer misses even single a payment, they can end up in eviction court and lose any money they’ve invested in the home.

According to Cuyahoga County data, in the last 10 years, 1,723 land contracts were recorded in the county.

At a glance: Land contracts in Cuyahoga County
Infogram

"It's kind of the worst of both worlds for the buyer,” Faller said. "The seller can just take you to eviction court and evict you like a tenant. And you lose whatever you put into it."

Click here to find out how many land contracts have been recorded in your county from 2005 to 2016, per an analysis prepared by the Federal Reserve Banks of Atlanta and Cleveland of data provided by ATTOM Data Solutions.

Williams said that’s exactly how she lost her home.

After falling behind on her monthly payments when she lost her job, she eventually managed to scrape together $10,000 to pay Harbour Portfolio Advisers, the company that owned her home.

The company evicted her anyway.

“Harbour Portfolio, as a practice, would work with consumers that had fallen on hard times in order to find solutions to keep them in their homes. Dispossession was always a last resort. The Company is unable to discuss the specific facts of Ms. Avery’s (Williams) situation, however, due to state and federal privacy laws.”

Since 2013, 5 On Your Side Investigators found the Dallas-based company filed 10 eviction notices involving the eight properties it owns in Cleveland.

Cleveland Housing Court dismissed half of the cases the company filed against its tenants.

Harbour dropped two of the cases.

Three tenants, including LaJuanna, were evicted. In court documents, LaJuana wrote she paid more than 20 percent of money owned and “tried to get an understanding as to why the $10,000 wasn’t applied to my monthly payments.”

She also said she “never received” any notification other than her final eviction notice.

We found another company, Vision Property Management, based in Columbia, SC., filed 21 eviction cases related to 27 properties it owns in Cleveland during the same period.

Close to half of the cases were dismissed by the court. Vision dropped one case.

In 10 cases, the tenants were evicted. One tenant volunteered to leave their home.

“They tried to sell the American Dream,” said Cincinnati resident Earnest Heyward. “But in reality, they’re doing nothing but selling snake oil.”

After an eviction case was filed against him in by KAJA Holdings 2, a company related to Vision Property Management, Heyward decided to leave the Cincinnati house he had planned to call home.

Heyward signed a rent-to-own lease for a small fixer-upper. He said the house was filthy, but he was willing to make repairs.

Then, he learned he was on the hook for city fines over its condition.

Soon he discovered something even more troubling. It turned out only a small fraction of his monthly payments were going towards the principal.

“I feel like they’re gangsters with the paperwork,” he said.

Picking up the pieces

"I would say they're housing predators,” said Ian Beniston, executive director of Youngstown Neighborhood Development Corporation (YNDC), which works to stabilize neighborhoods by working to eliminate blight. He said his the organization’s “bread and butter work” is around housing.

“We had the foreclosure implosion,” he said. “This is, in our view, is kind of the next subprime. It’s just a way…to exploit people. They can get the most amount of money out of the least value properties by doing the least amount, right?”

After evicting tenants, he said the company’s properties often end up vacant and abandoned. Taxpayers are left to pick up the pieces.

"The people that own this aren't coming up to clean this up,” he said, referring to a vacant home owned by Vision Property Management. “It's going to be city government."

Beniston said land contracts can be used to help tenants become homeowners. However, like Faller, he said the conditions, like fixing code violations, are often unreasonable.

“We’re not saying land contracts are bad,” Beniston said.  “We’re just asking the playing field to be equitable and fair on both sides.”

“I think it’s a problem we can’t look away from,” she said.

Lepore-Hagan was so concerned about the impact in her district, which includes Youngstown, she drafted legislation targeting predatory land contracts. Among other things, her bill, HB 368, would require companies to fix code violations, pay outstanding fines, fees and taxes, and obtain inspection and appraisals, before they’re able to sell their properties.

“Land contracts are good,” she said.  “We don’t want to get rid of this possibility or this option for people who don’t qualify for a typical loan through the bank, but we want to close the loopholes that people are able to manipulate.”

Her bill has remained stuck in the Financial Institutions, Housing and Urban Development Committee since it was introduced last year. She plans to re-introduce the legislation, with Republican support, in January.

In the meantime, communities are acting to put a stop to predatory lending practices.

Community Legal Aid, an Akron-based nonprofit law firm, filed a lawsuit against Vision Property Management on behalf of a group of Youngstown residents last month. The complaint accuses the company of predatory sales practices, breach of contract and fraud.

We reached out to Vision Property Management and Harbour Portfolio Advisors for comment on our investigation.

Aside from the statement related to Williams' case, Stein said Harbour Portfolio, which sold its properties and ceased operations earlier this year, has no comment.

An attorney representing Vision Property Management said the company had no comment due to the pending litigation.

Williams said the companies should be held accountable for its business practices.

“They should be made to pay people their money back. Reimburse them. You know, help them,” Williams said. “They ought to be made to fix these houses up that they’ve given to people, lied to people about and let them stay there.”

When Williams lost her home, she and her family had nowhere to go.  A church took them in and housed them for one year.

The “princess palace” her daughter dreamed of calling home was condemned and demolished.

During our interview at the now vacant lot, she reflected on the years she lived there.

“It was good,” she said. “I loved my neighbors. It was real good. Until they put me out.”