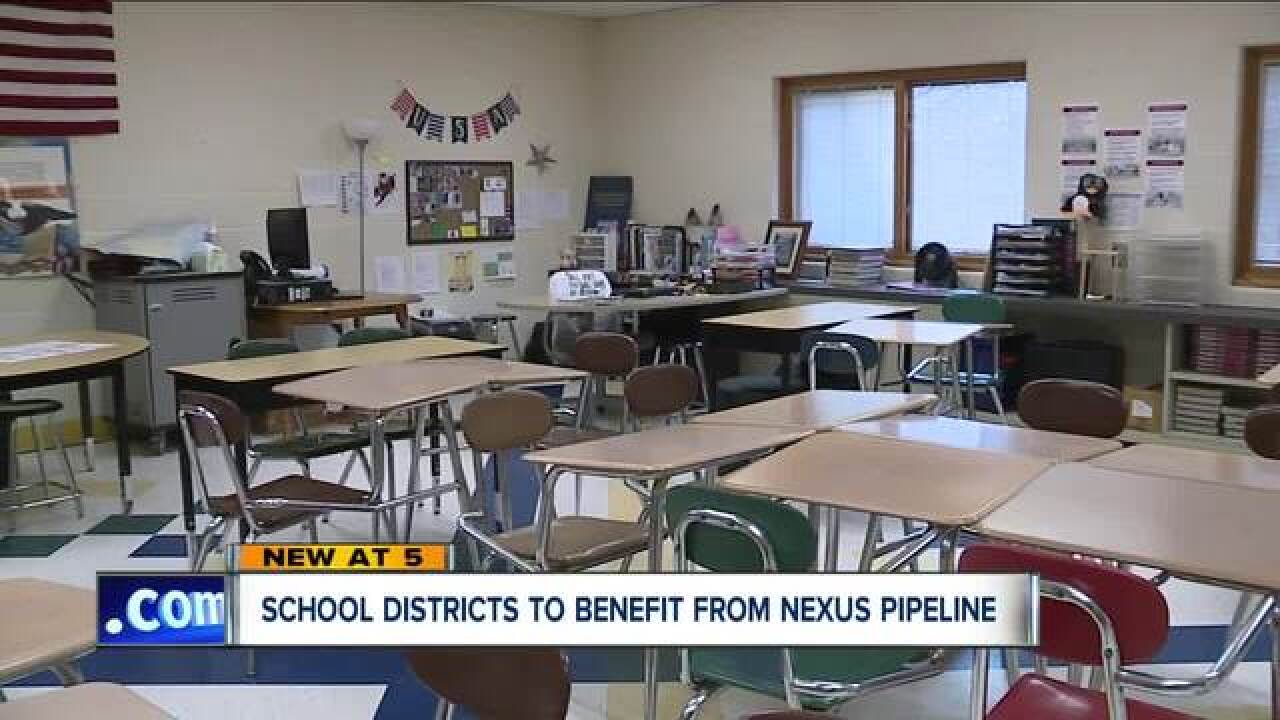 Construction of the controversial NEXUS pipeline is well underway in parts of Northeast Ohio and Michigan and the financial impact is also becoming clearer for some rural school districts.

For years, residents in Medina and Summit counties have voiced their opposition.

Crews are currently clearing trees and will soon start digging trenches — NEXUS hopes to have the pipeline operational by later this year.

Part of the 255-mile-long natural gas pipeline runs through the Cloverleaf School District, which covers about 119 square miles and serves students from 10 communities.

According to estimates provided by NEXUS to News 5, Cloverleaf will receive approximately $5 million in tax revenue each year for the first five years.

In 2012, the district went into fiscal emergency and was forced to borrow money from the state.

“During that time, we cut over $7 million from our budget, cut 78.5 positions, so it was a difficult time for us filled with lots of hardship,” Kubilus said. “We’re just glad to be back on a better financial path.”

A levy passed in 2014 helped alleviate some of the financial woes. The expected tax revenue from NEXUS will help even more.

Kubilus said they will survey all residents the school district serves to decide where to spend the money. The district currently operates on a $28 million annual revenue.

A NEXUS spokesperson said that in the first five years of operation, NEXUS is estimated to generate a cumulative tax revenue of $390 million, of which approximately $116 is estimated to go to local school districts.

The tax estimates were prepared by a third party, Public Finance Resources. The exact figures are not clear just yet.

Below is the document sent to News 5 by NEXUS: