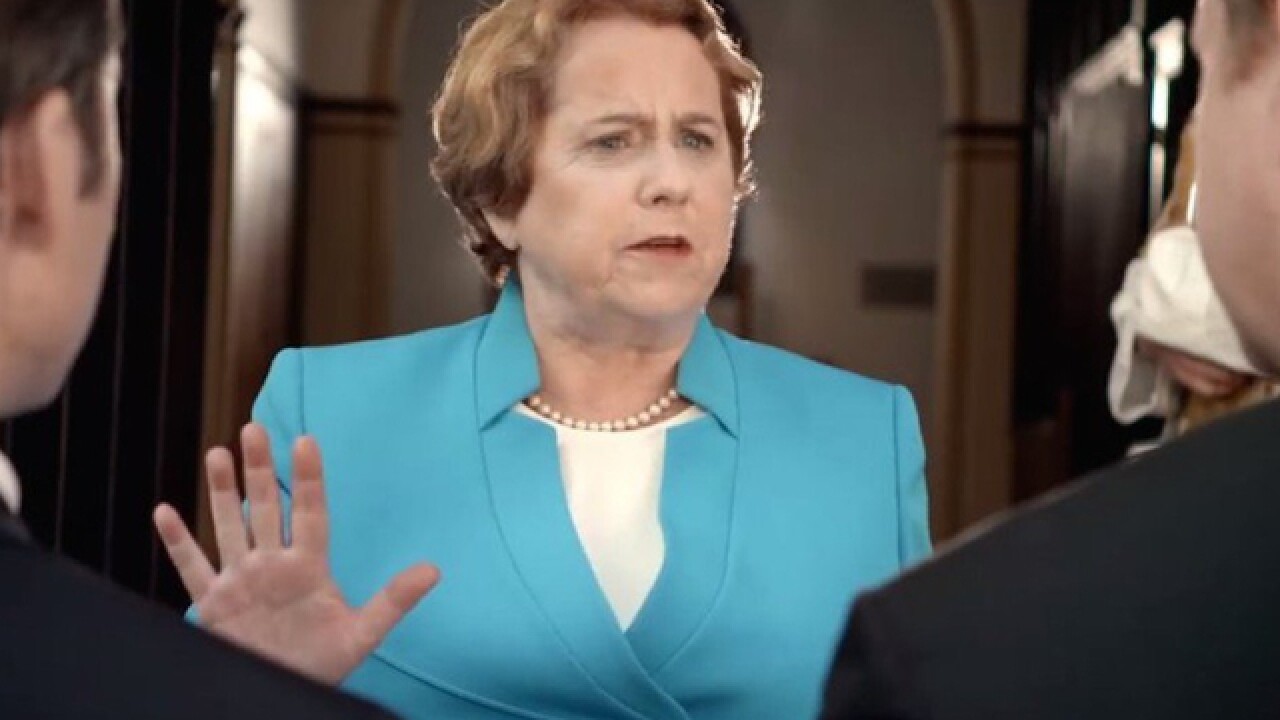 Cheeky commentary or a shot across the bow to social conservatives? Procter & Gamble isn’t shying away from controversy in a new Tide commercial.

The new ad from the home goods giant pokes fun at the recent political fight in Rowan County, Ky., over gay marriage.

The court drama unfolded when the county clerk -- Kim Davis -- refused to issue marriage licenses to same-sex couples citing her religious beliefs. Davis was jailed for a few days when she refused to comply with a court order mandating that she follow the law.

First a clerk in Kentucky, and now a church lady in Los Angeles! This same sex couple faces yet another obstacle on the...

The new Tide ad gleefully lampoons the situation and features two men about to get married.

While approaching a church, they are stopped by a stern-looking woman who sanctimoniously decries she won’t let them “blemish the sanctity of marriage!”

Just as the men are about to go off on the Davis stand-in, the woman touches up a stain on one of the grooms’ shirts. After that, she blissfully wishes them well and on their way.

The commercial’s director posted the video to his Facebook page and joked, “First a clerk in Kentucky, and now a church lady in Los Angeles! This same sex couple faces yet another obstacle on the way to marriage equality in this spot I directed for Tide to Go.”