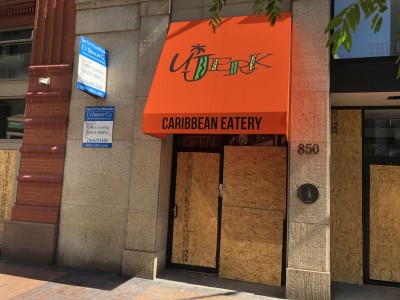 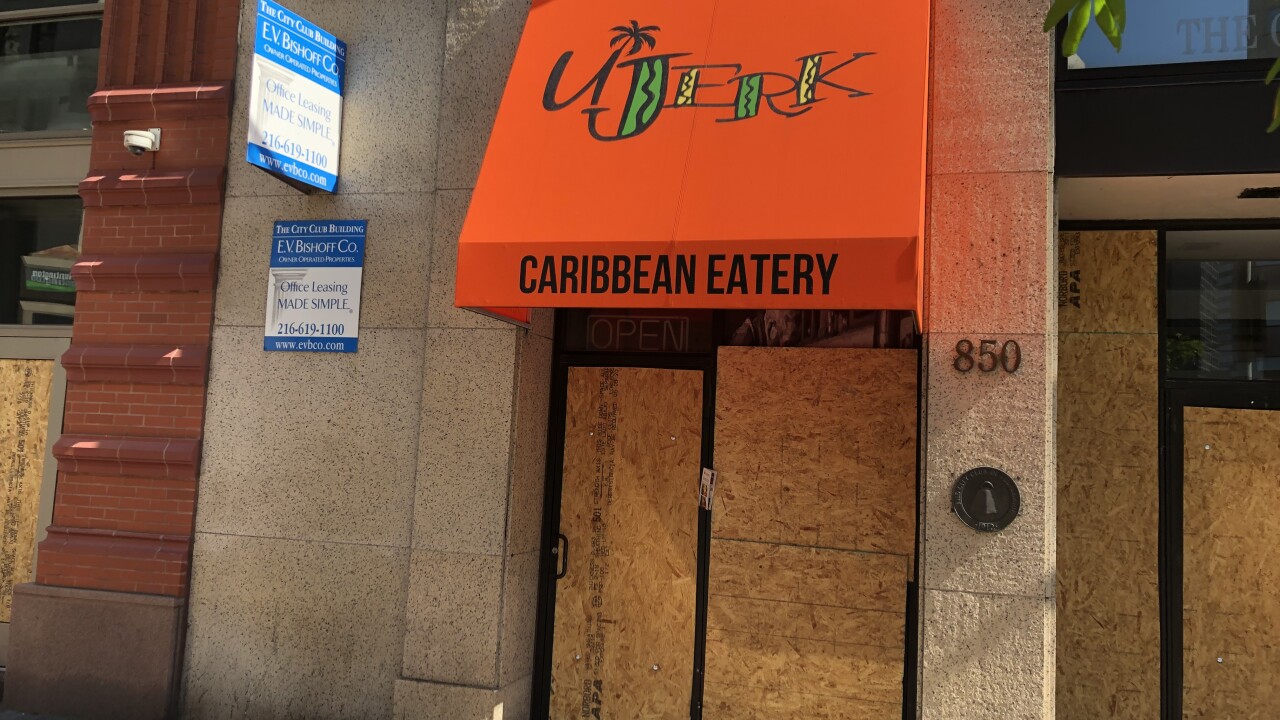 “It was a great day. It was a great protest,” he said. “I am for of course justice for our people and making sure that we are doing what we need to do to push the envelope.”

But within hours, Manning watched what started out peaceful turn violent by some who left behind destruction to businesses. Manning’s restaurant, UJerk Caribbean Eatery, was among those damaged. The restaurant is set to open on July 3.

“I live downtown. My office is downtown, so it was super hard to see the destruction,” Manning said. “We went there literally in the midst of the chaos. People were literally coming out of the store, busting windows glass everywhere.”

Manning says the damage has caused yet another setback in addition to the challenges he is facing due to the coronavirus outbreak.

“We just didn’t know what to expect,” Manning said. “It’s still putting us in a setback because you had a plan of course to get this thing going. We’re still paying rent every single month.”

The damage to businesses like Manning’s and others isn’t only hurting its owners, but financial experts say it will likely cause more damage to black households here in Cleveland. Accounting Consultant LaRese Purnell says many will be left unemployed once again as we’ve just started to rebound from the pandemic.

“The reality is when you look at Cleveland, a 52-53% African American city [then] you look at the statistically how many of us are the wage earners in our community. So, when you see businesses’ in downtown Cleveland throughout our community get shut down, if we don’t own it it’s pretty likely based on percentages that we’re employed there,” Purnell explained.

Purnell says he understands the pain expressed through some of the destruction. He also says in no way, shape or form is he defending property damage over the countless black lives that have been lost due to racial injustice and police brutality. But, he hopes the destruction doesn’t create another challenge for minorities moving forward.

“People have bills to pay, they have families to take care of so if we shut down it’s going to be an even bigger problem. We know the unemployment rate is out the roof right now. How many people still have not gotten access to unemployment and other benefits. So, if we close our businesses we may be digging a deeper hole that may take a lot longer than we think to come out of.”

Purnell says his clients, like Purnell are now constantly seeking advice on what to do and how to survive another public health crisis.

Though his business is boarded up, Manning says he’s determined to keep pushing forward.

“It’s still a big focus of mine to impact the community, you know impact the neighborhood,” he said. “Cleveland is a resilient city.”