'Rally for Black Lives' peacefully marches through West Side 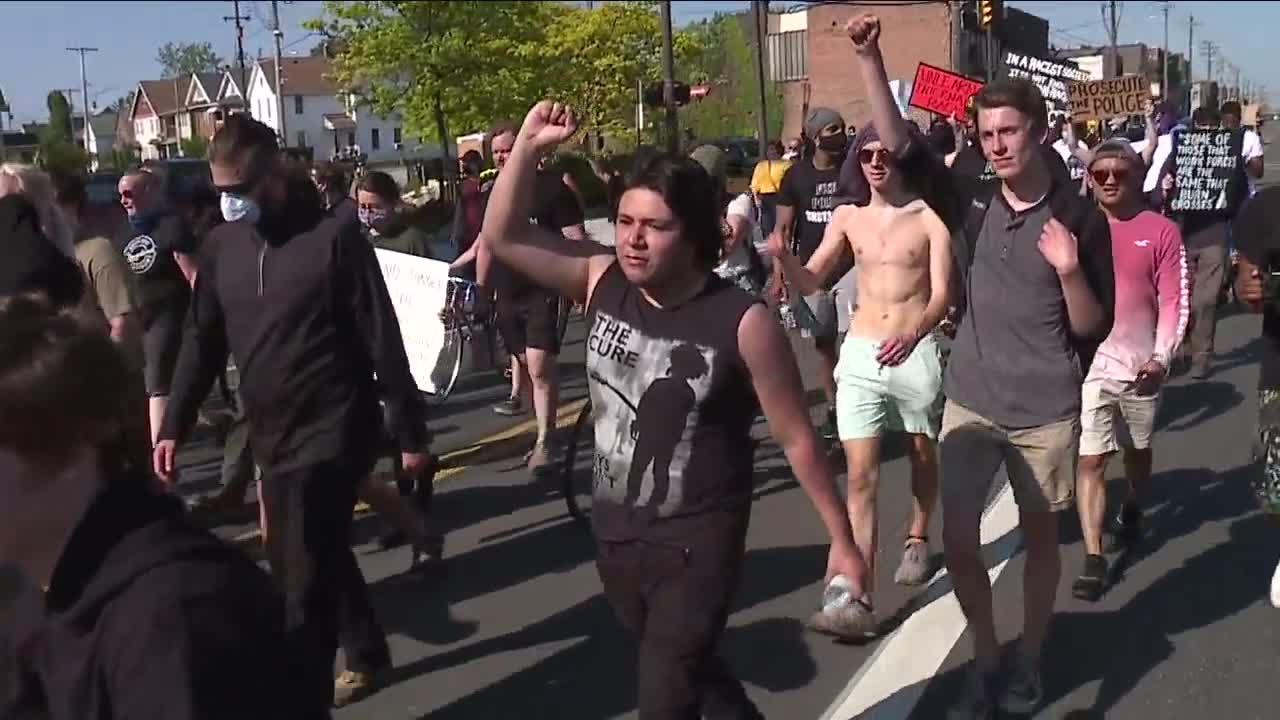 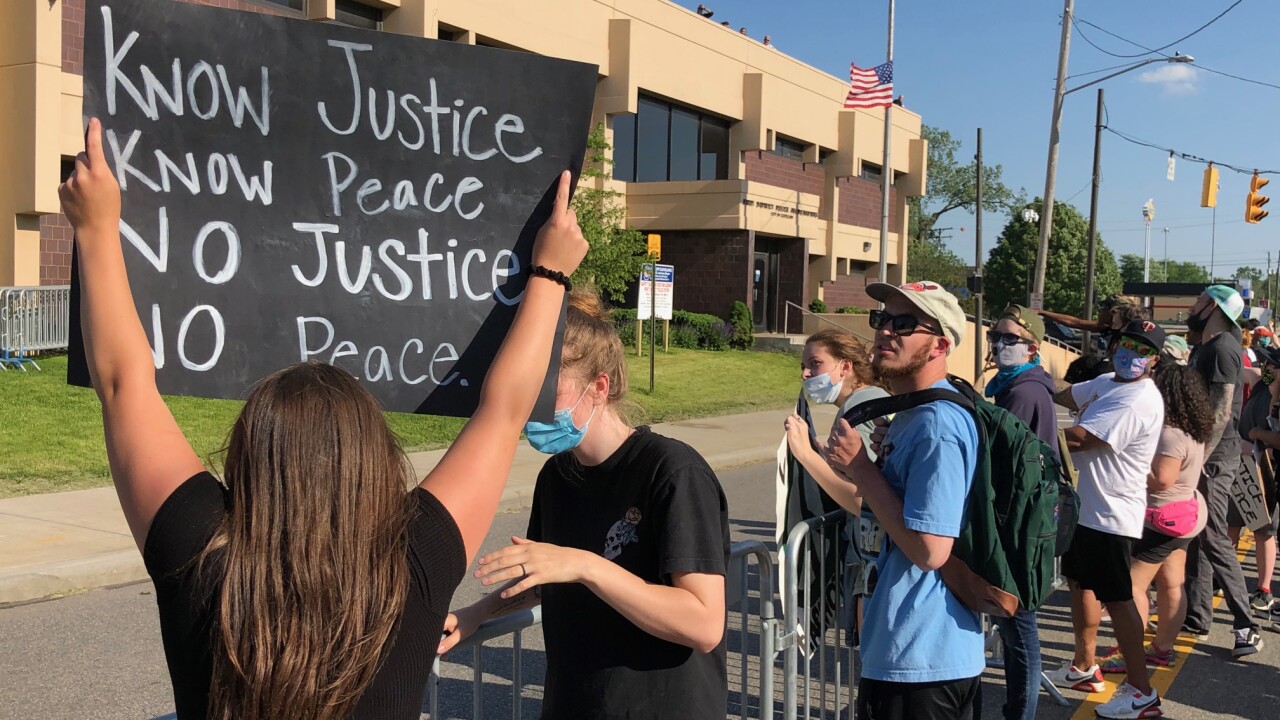 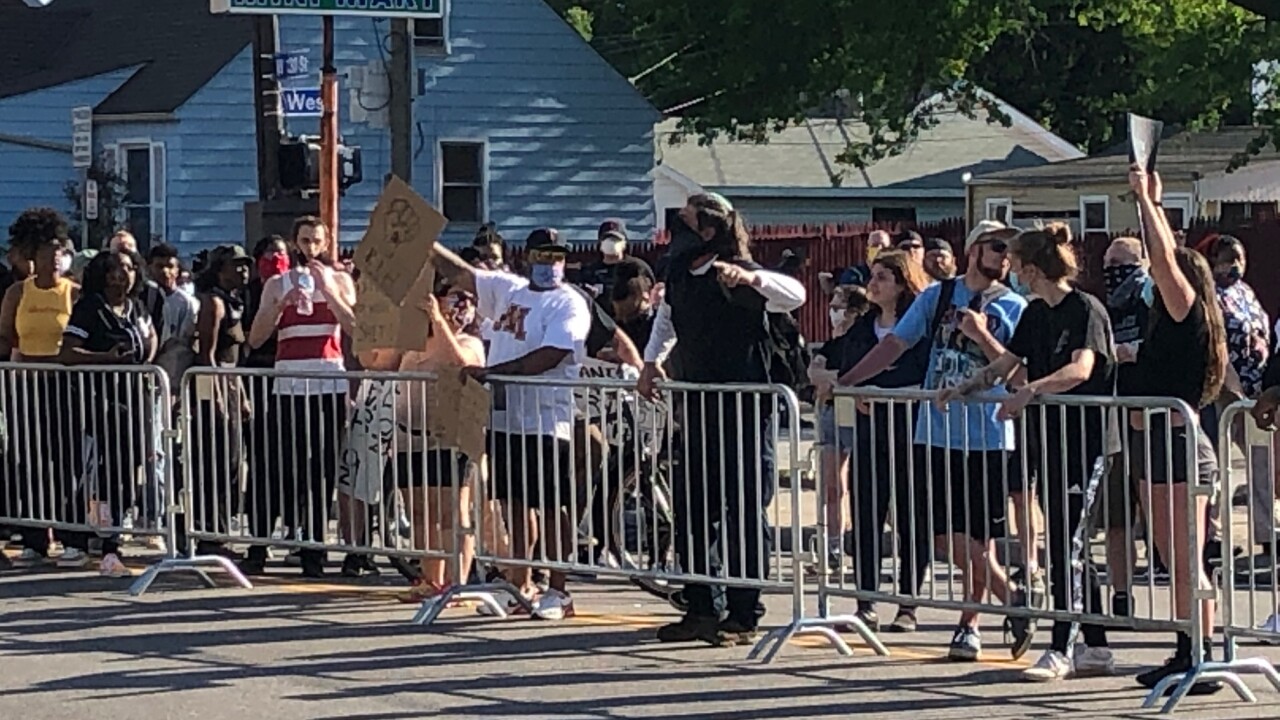 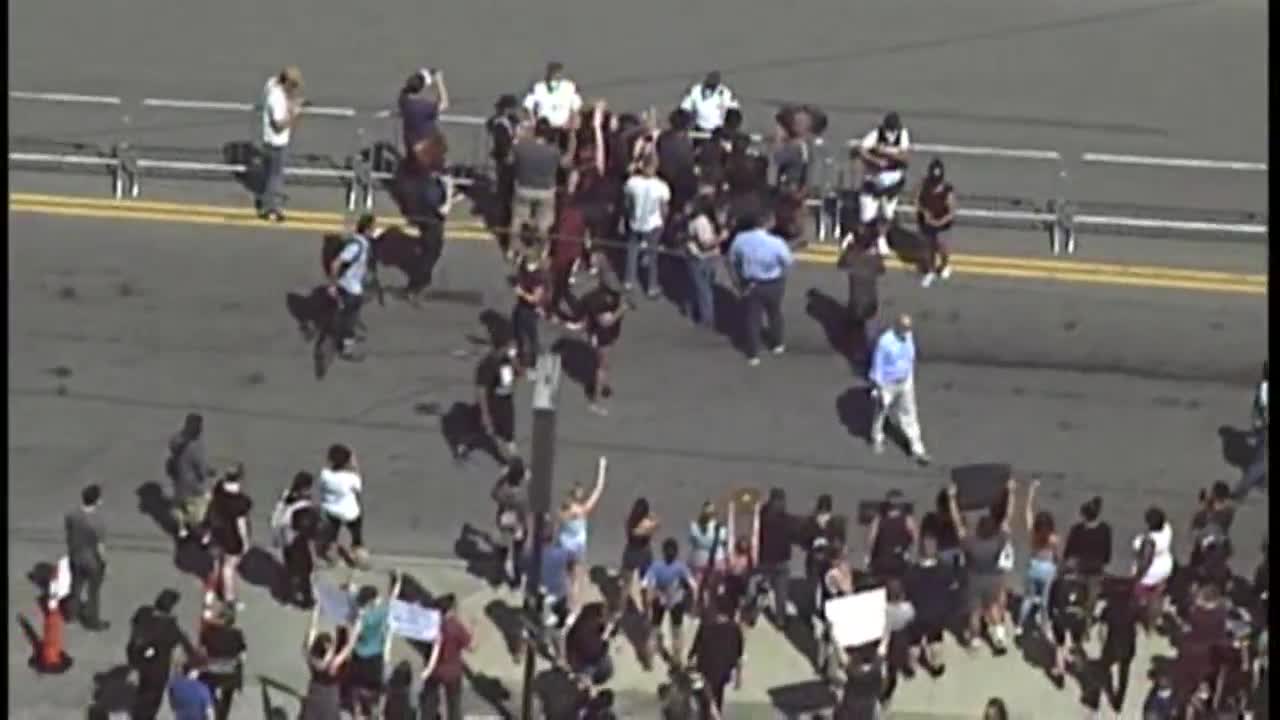 CLEVELAND — A protest took place outside the Cleveland Police First District Headquarters and caused the National Guard to block off traffic at I-71 and West 130th Street.

Marchers moved throughout Cleveland's West Side in what was a peaceful demonstration.

The Cleveland Police Department tweeted a traffic advisory: road closure will be in effect in the area of W. 130th Street near I-71 until further notice due to protest activity.

A News 5 photojournalist in AirTracker 5 observed National Guard members blocking traffic at I-71 in the area, police officers on the roof of the headquarters and fencing on West 130th Street.

The protest began at about 3 p.m. The organizer who posted about the planned protest stated in a Facebook post: “Tearing up downtown was f***ed up I agree but it was necessary because now they’re listening. The world is watching and in this together. George Floyd’s brother asked for peace so I want to respect his wishes and stress that this is not a violent protest!”

Dozens of protesters gathered across the street from the police headquarters. At one point, protesters knelt as a group to show support for the family of George Floyd and to protest police brutality in the U.S.

Cleveland police were seen conversing with those in attendance.

Event organizer Oliver Bowles told News 5 the protest was all about the messag and had nothing to do with the vandalism that took place during protests in downtown Cleveland on May 30.

“I see a lot of people, what they did downtown, I’m not going to say anyone was wrong for how they express their anger and their pain, but I will say this, I appreciate everybody that’s out here right now, every cop, every citizen,” Bowles said.

“We’re here for peace, we call for peace over this city of Cleveland, Ohio. We want everybody to stop and think, what if it was your kid, what would you do, would you take a stand?”