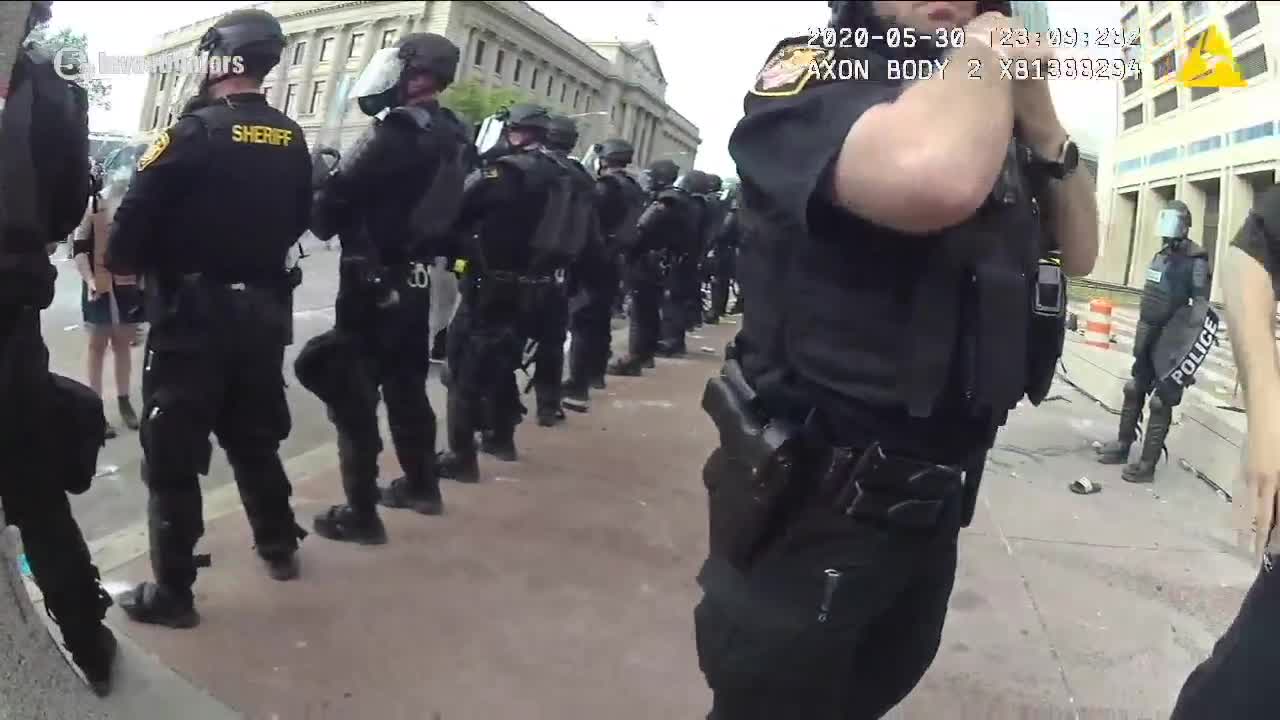 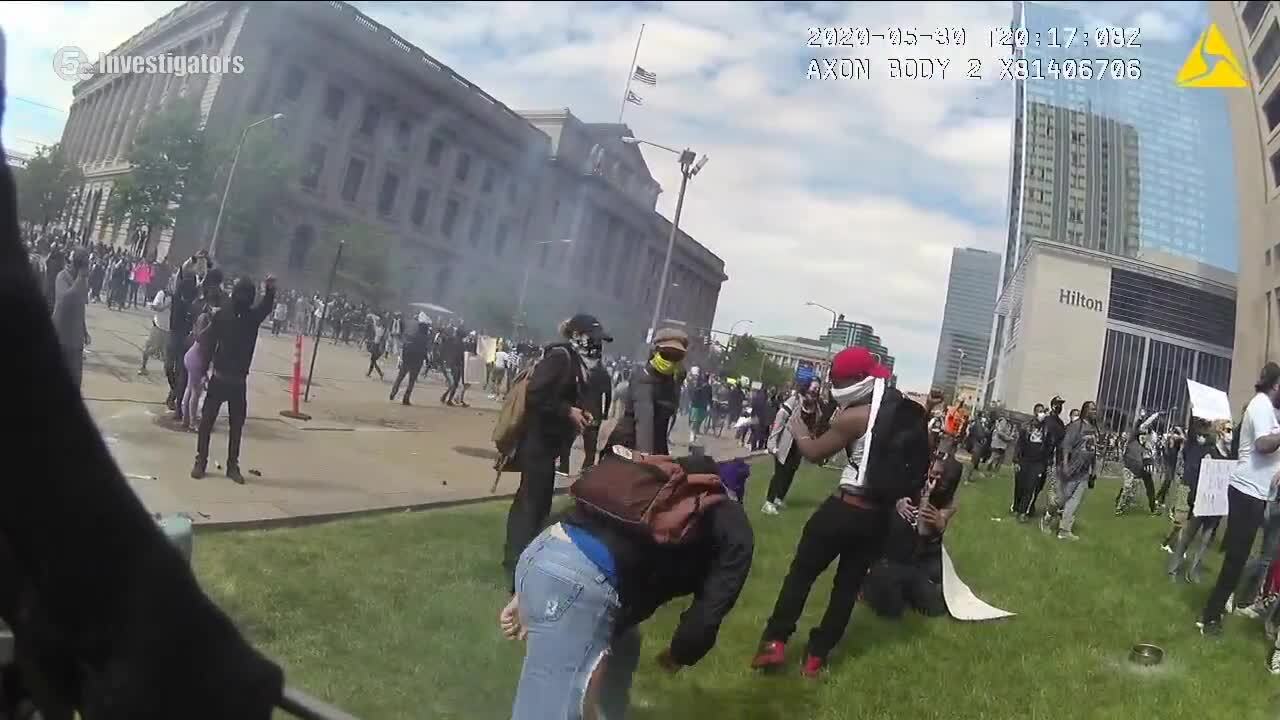 CLEVELAND, OH — Newly-released video is providing another look at the response to the May 30th riot outside Cuyahoga County's Justice Center.

It shows deputies preparing to square off with thousands of protesters gathered outside the Justice Center.

"Get your helmets on if you have one, and put that rifle away," a supervisor tells deputies on the video.

Another deputy armed with a pepper ball guns walked outside to chants of "I can't breathe" from protesters.

"Have we been ordered to deploy?" the deputy asks another officer. "I can't hear nothing."

Minutes later, deputies order the crowd to move back off the steps. A short time later, the deputy is seen on video firing pepper balls into the crowd.

While some people disperse, others take out their frustrations.

"Brick at officers, they're throwing bricks," said the deputy in the video.

"Why is all this happening?" a protester asked a deputy. "Why can't people...talk like people?"

"If this was peaceful, it would have been everybody just doing their thing," said the deputy.

But other protesters blamed officers for the violence.

"This is a peaceful protest," a woman told a deputy. "You guys are being violent against us. This is illegal."

Other video appeared to show deputies taking up positions inside the Justice Center near windows.

"Get the (expletive) back!" a deputy yells to a man standing outside the building. The deputy then appears to fire less-than-lethal rounds at the man.

"He's got a camera on him," the deputy tells another officer, "I don't know if he's got anything else."

A county spokeswoman said the Justice Center received more than $650,000 in damage that day.

Cuyahoga County Sheriff David Schilling has said he believes if deputies didn't respond that day, protesters would have set fire to the building.

The county said Tuesday the department is still reviewing its response.