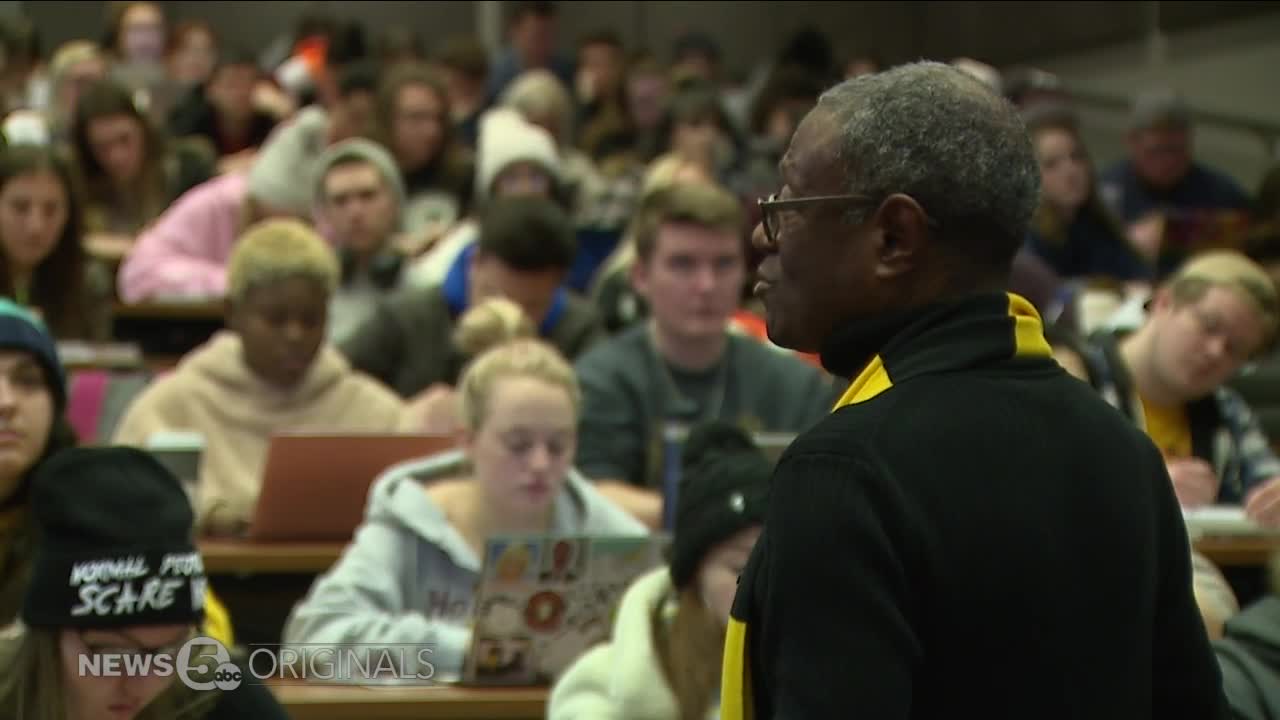 From Cleveland to Mo-Town and back, Kent State professor Gene Shelton has witnessed history and lived discrimination. Now he's teaching about it and preparing the next generation for the realities of the work place during Black History Month and the rest of the school year. 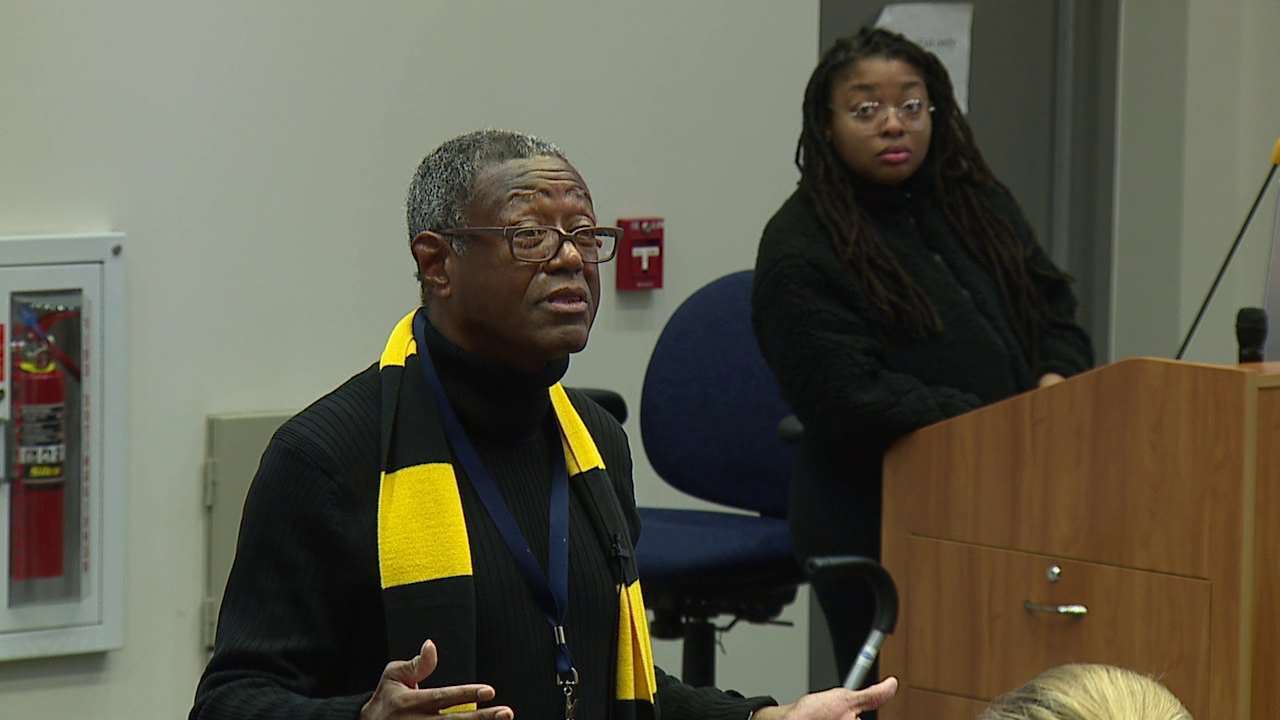 KENT, Ohio — From Cleveland to Mo-Town and back, Kent State professor Gene Shelton has witnessed history and lived discrimination.

Now he's teaching about it and preparing the next generation for the realities of the workplace during Black History Month and the rest of the school year.

Inside Shelton’s classroom at KSU, the curriculum has been framed by his isolated living.

“I have experienced being the only black person in a classroom or in a newsroom or something like that,” Shelton said.

Pursuit of equality is the theme, and Shelton admits that “sometimes, it can be exhausting.”

Shelton is the author, and these Kent State students are his audience.

He teaches communications courses with an emphasis on black contributions.

His goals are to keep black history, and hope, alive.

“It's important for me to talk about black people, because if I don't talk about it, it falls into that symbolic annihilation of media,” Shelton said.

He talks frankly about life's realities today, but not just for African Americans.

“If a white female and a white male graduate from this school with equal skills — same degree, virtually the same talents, they get a job doing the same thing — he's gonna make more than she,” Shelton said.

So with every lesson, Shelton works to break down barriers raised around color, gender, and sexual orientation.

“He's opened my mind, even as a black student,” one of his students said.

Students say Shelton is providing an insight not everyone can.

“It's hard, when you don't have black professors teaching the subject matter, because there's a lot that's lost in translation from other cultures,” said Ile-Ife Okantah, a graduate student who finds reward in this guidance.

“Once you know your story is being told, that gives you power,” Okantah said. “And it gives power in people's experience that's often overlooked."