Congregation is nearly as old as Cleveland itself 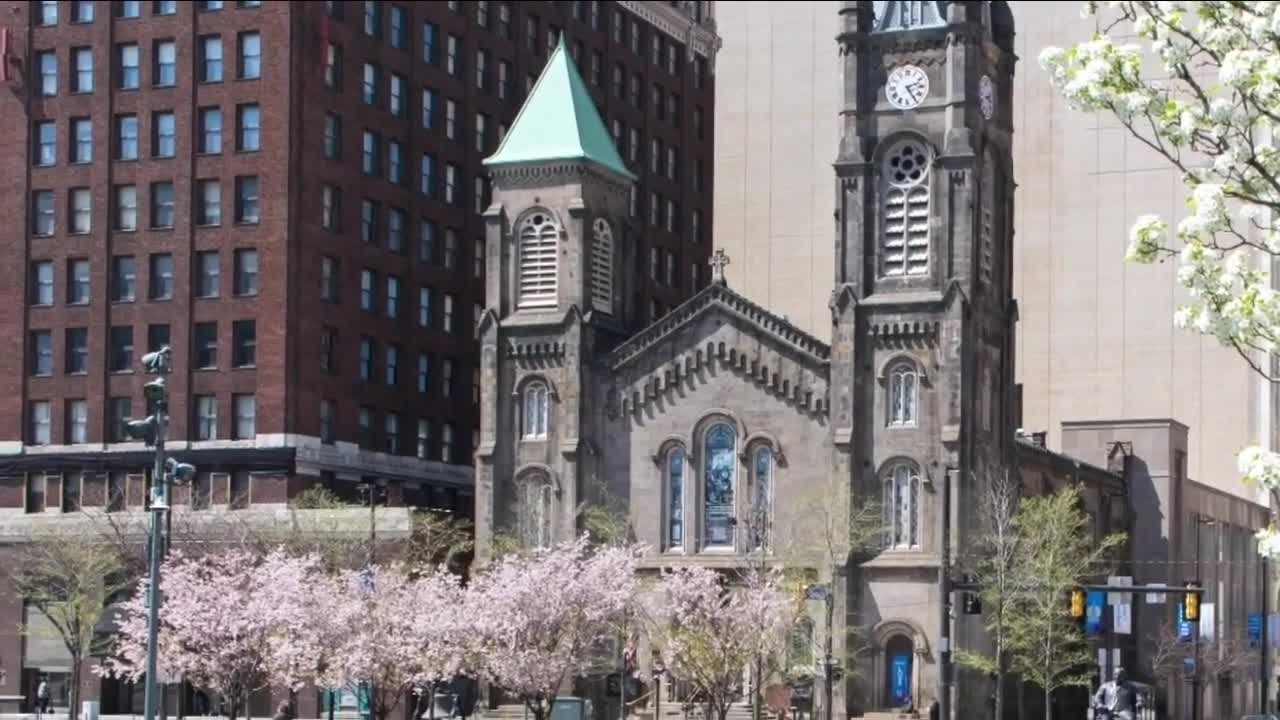 A staple in the heart of Cleveland is celebrating a major milestone. It may be home to the First Presbyterian Church of Cleveland, but the place of worship holds a special place in the hearts of Northeast Ohioans representing every religion. CLEVELAND — A staple in the heart of Cleveland is celebrating a major milestone.

It may be home to the First Presbyterian Church of Cleveland, but the place of worship holds a special place in the hearts of Northeast Ohioans representing every religion.

Surrounded by a sea of steel and concrete, in the shadows of towering skyscrapers, you will find a beacon of light and hope.

"I feel like this place is a work of art. We are very well known for our windows," said Guenther.

The building easily stands out from the modern architecture nearby, not just in its appearance, but what it represents.

"The first church was built of stone on this site. You can’t write the history of Cleveland without Old Stone Church," said Guenther.

The story of Old Stone now dates back 200 years.

That parcel in the heart of Public Square sits at the corner of Ontario and Rockwell.

"You should know that this building is not the original building." said Guenther.

A pair of devastating fires, just four years apart, forced the congregation to rebuild the interior.

"When we suffered the fire in 1884, there was time to pull out much of the material because the roof was burning from the pulpit area," said Guenther.

A wooden pew and the church's stained-glass windows survived the flames.

"These are priceless, priceless windows in the church," said Guenther.

Not just because of who designed some of them, but how they colorfully capture the story of Cleveland.

"Four of them are signed by Louis Tiffany, the brother of the jeweler. One of the final four windows that were put in were purchased by Vernon Stouffer of Stouffer Foods who was a member here," said Guenther.

Stouffer stepped up to the plate to help keep the Indians in Cleveland. The window honors that effort.

"The Cleveland Stadium is in one of our stained glass windows which is a highlight of a tour coming to visit Old Stone," said Guenther.

There's also a nod to the steel mills that helped build this country.

While material objects help tell the story of Old Stone and our city, it's truly the people who have practiced their faith here who leave a long-lasting legacy.

"The people of the church that stepped out of themselves and agreed to look at the ills of society of whatever generation you want to talk about and Old Stone Church has always reached out to community," said Timothy Hilk, YMCA of Greater Cleveland.

From taking in refugees from the south during the Civil War to welcoming Japanese people as World War II raged on, the Old Stone Church was there.

During times of peace, members of the church with names like Higbee, Severance and Sherwin also stepped up to help the homeless living in slums downtown.

That commitment remained unwavering with every emotional moment in history, like the assassination of Martin Luther King Junior and the attacks on Sept. 11, 2001.

"There was just an outpouring from the buildings, and they came over here. The church doors were open. Coming to church for support, for comfort, trying to make sense of a tragedy. The same thing happened again with 9-11. the church was open, and people came in," Guenther said.

"We have tried real hard to keep our doors open through all these times. What it has done in the past, it will do more of in the future," said Guenther.