Cleveland will be watching you during the RNC, police create video unit 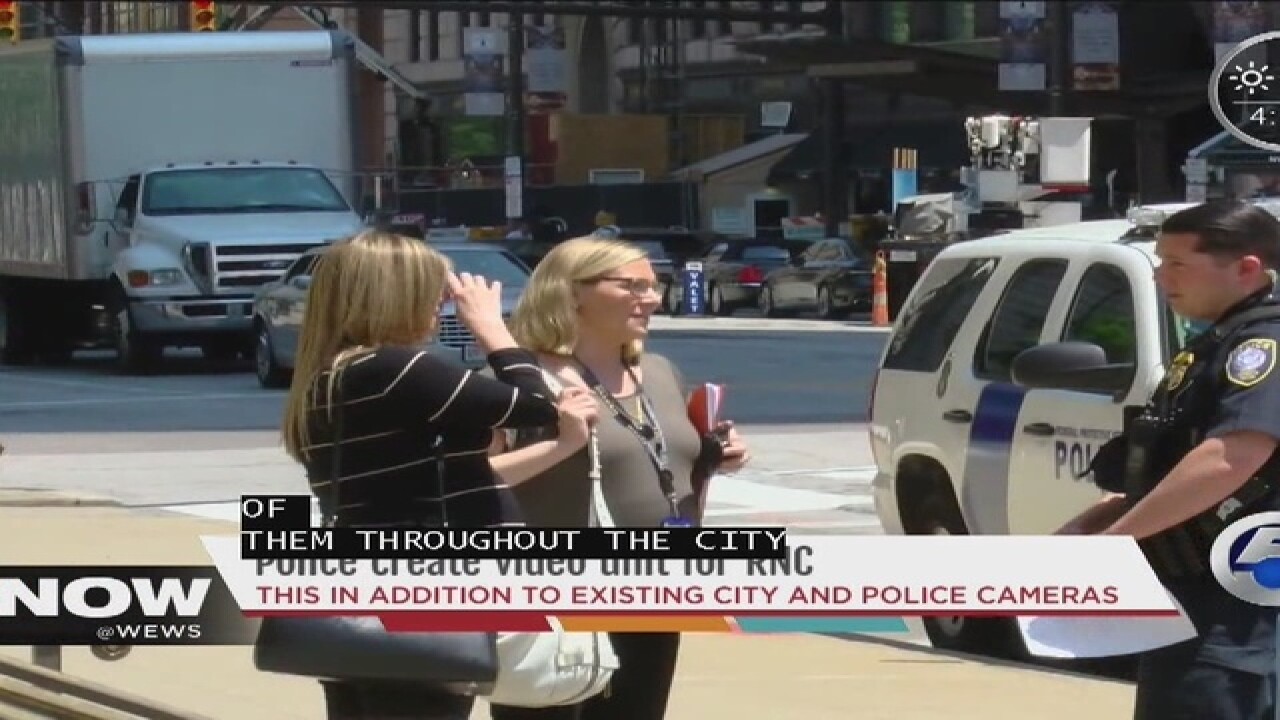 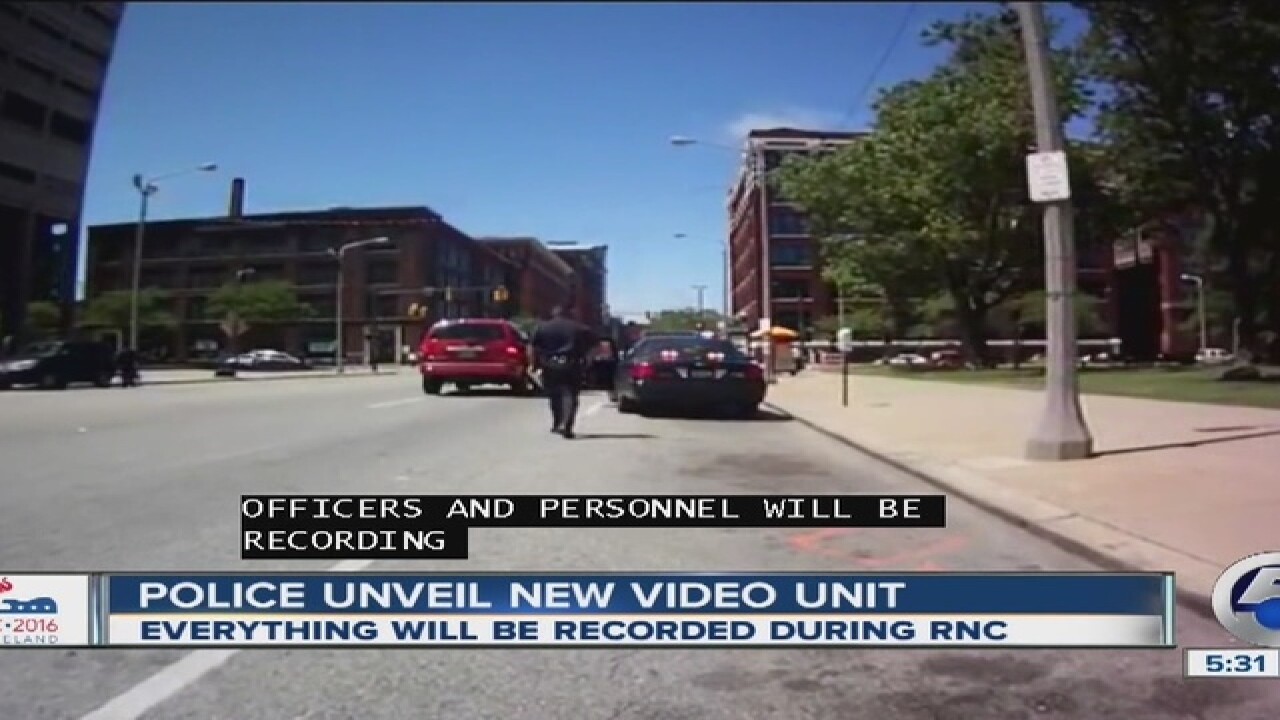 With all eyes on Cleveland for the RNC, the city has plans to watch you too.

City officials said they're creating a video unit specifically for the convention.
The unit will be an addition to existing city and police cameras.
Sworn members of Cleveland Police will record convention events, according to Deputy Chief, Ed Tomba.
"That is our video units responsibility, if an incident occurred they are to get to that location, they're gonna go and take a video record of that so we have it," he said.
The unit will be made up of supervisors and officers. They'll film everything an officer would typically catch on a body cam; traffic flow, crowd management, and law enforcement activity.
Deputy Chief Tomba said the unit will be especially helpful if officers end up needing their riot, or protective gear.
"If you have to put on your personal protective gear, there is no place for that camera to be worn, you will not be required to wear your camera," he explained.
The video unit will make up for that, according to police.
NewsChannel checked in with the ACLU, to see how they feel about the unit keeping a watch over everyone at the RNC.
A spokesman said they're disappointed.
"We are skeptical this undefined mobile unit plan will adequately capture any problems that may occur. This is a concern for the convention and following the convention," he said.
But Cleveland city officials insisted their goal  is total transparency, no matter what happens.
"Full disclosure we want to be an open book, for any questions or any concerns, we want to document everything," Ed Eckart said.
Copyright 2015 Scripps Media, Inc. All rights reserved. This material may not be published, broadcast, rewritten, or redistributed.