CLEVELAND — Despite what many around the country may believe, particularly free agent athletes, Cleveland has been named the fifth best city for nightlife in the United States, according to a list that we are absolutely sure is scientifically sound that was compiled by Apartment Guide.

The site that helps apartment hunters compare and find living spaces created the list by analyzing each city’s nightlife options in relation to the number of residents, according to the list.

The nightlife rating was based on the ratio of bars, clubs, breweries and music venues to the population of the city.

Cleveland was ranked fifth with 219 bars, 13 breweries, 57 clubs and two music venues. The results determined there is one nightlife venue for every 1,281 people, according to Apartment Guide. 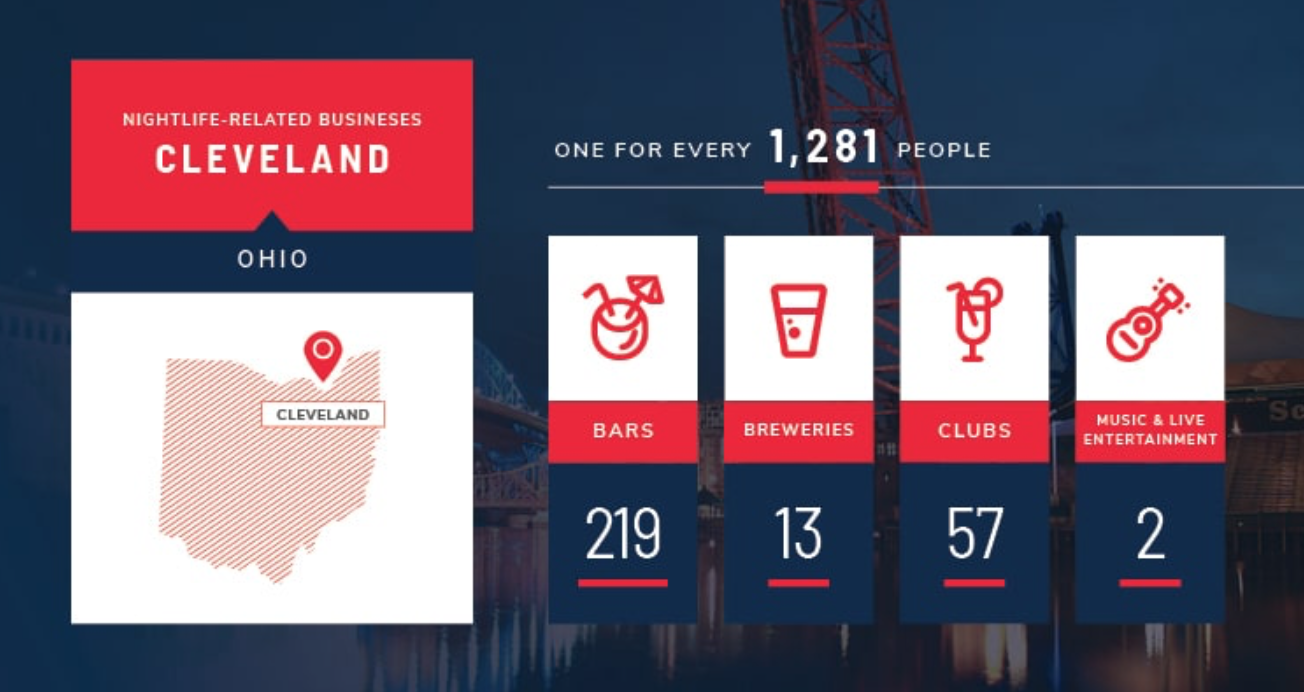 Some Cleveland favorites made the notable reasons for the city's list ranking, including Brewnuts and late night food options like pierogies and Polish Boys.

Two other Ohio cities made the list, landing even higher than Cleveland for best nightlife.

Dayton was ranked third on the list with one nightlife venue for every 1,200 people. It was also noted that it was the most affordable city to live in out of those included in the list, according to Apartment Guide. 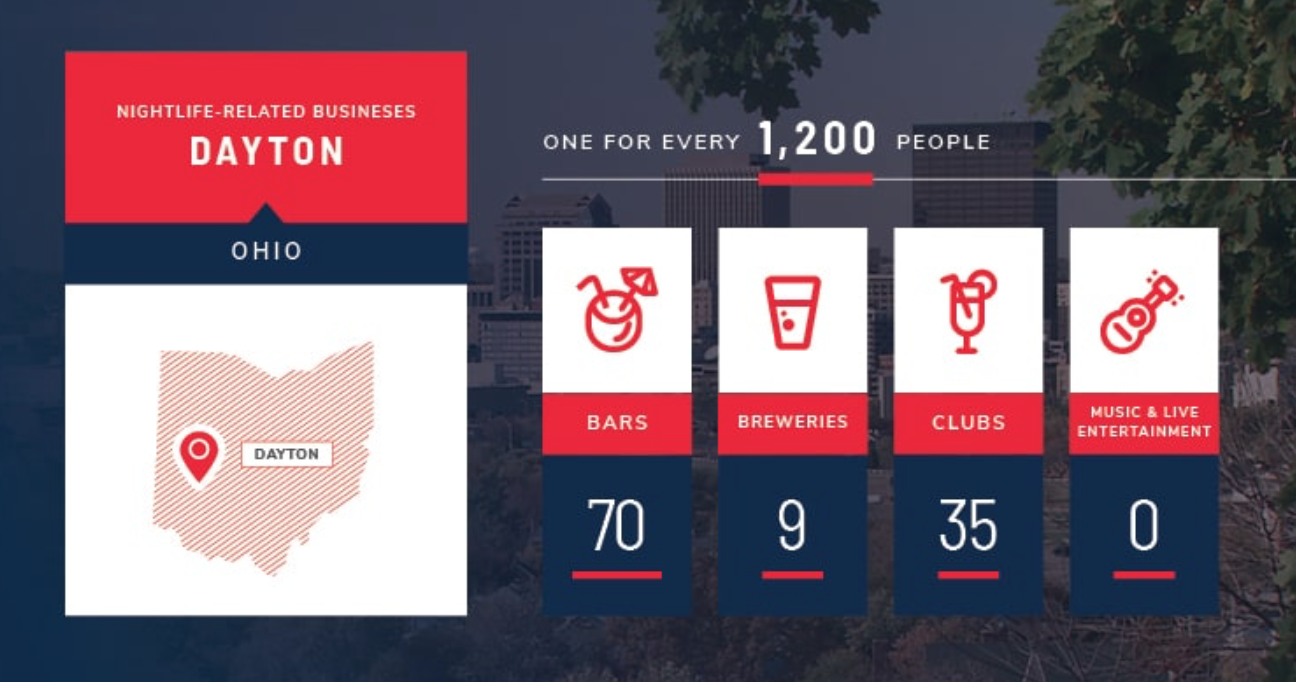 Just above Dayton was Cincinnati, landing the second spot on the list. The city’s wealth of breweries and spots for craft beer lovers helped secure its high-ranking. 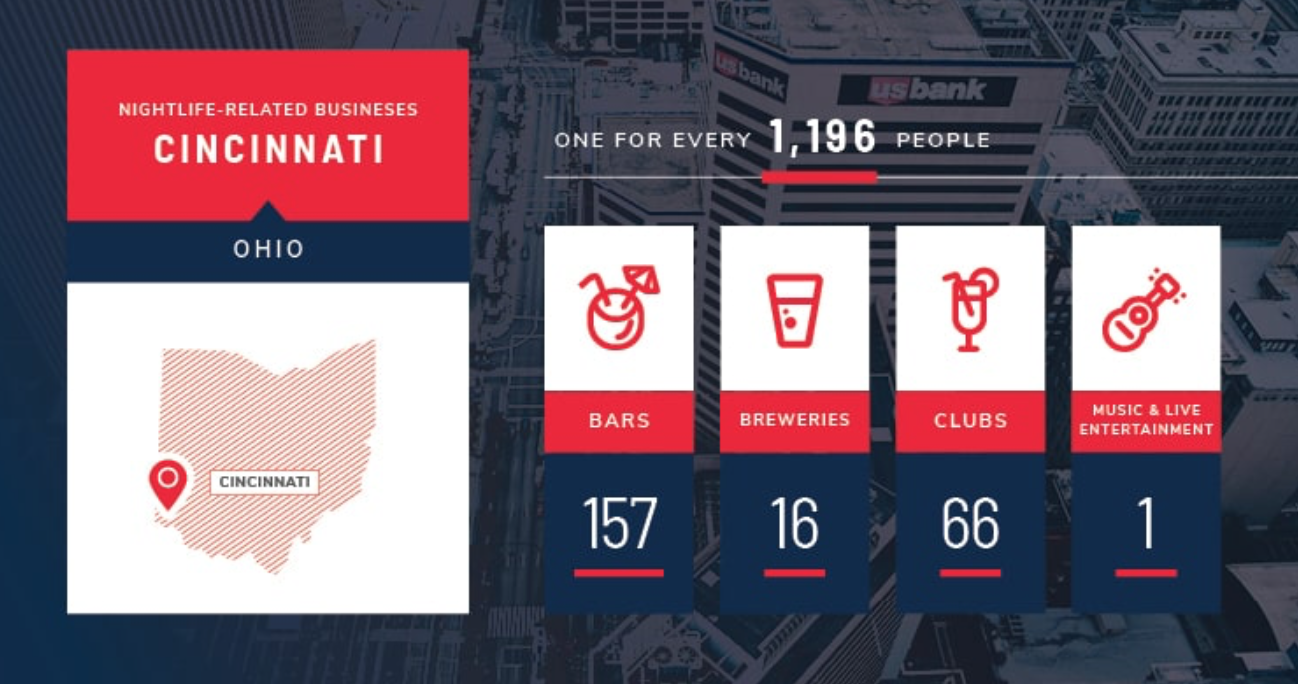 If you were wondering which city was ranked first, you might be surprised.

St. Louis, Mo., topped the charts with a nightlife venue for every 1,143 people.

Check out the top 50 cities below: