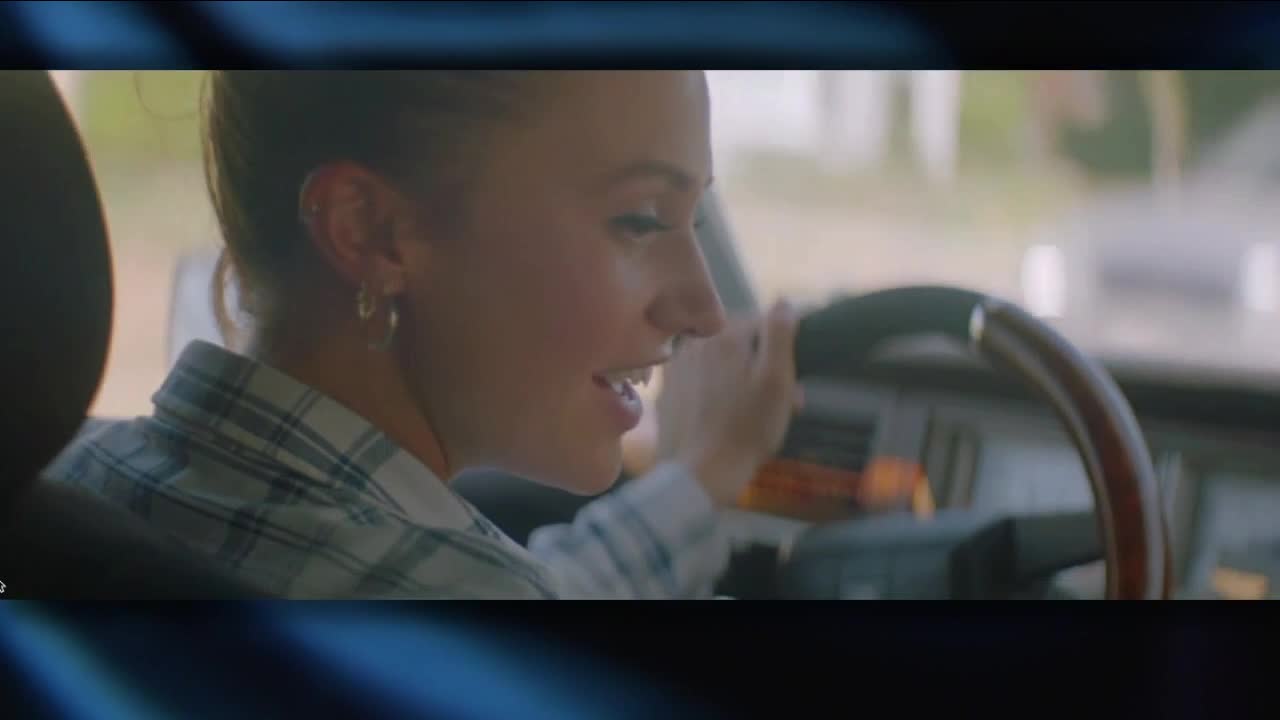 An event canceled due to the coronavirus pandemic is taking on new life. The Cleveland International Film Festival announced Wednesday it plans to stream some of the films that would have been part of this year's event, which was canceled two weeks ago. 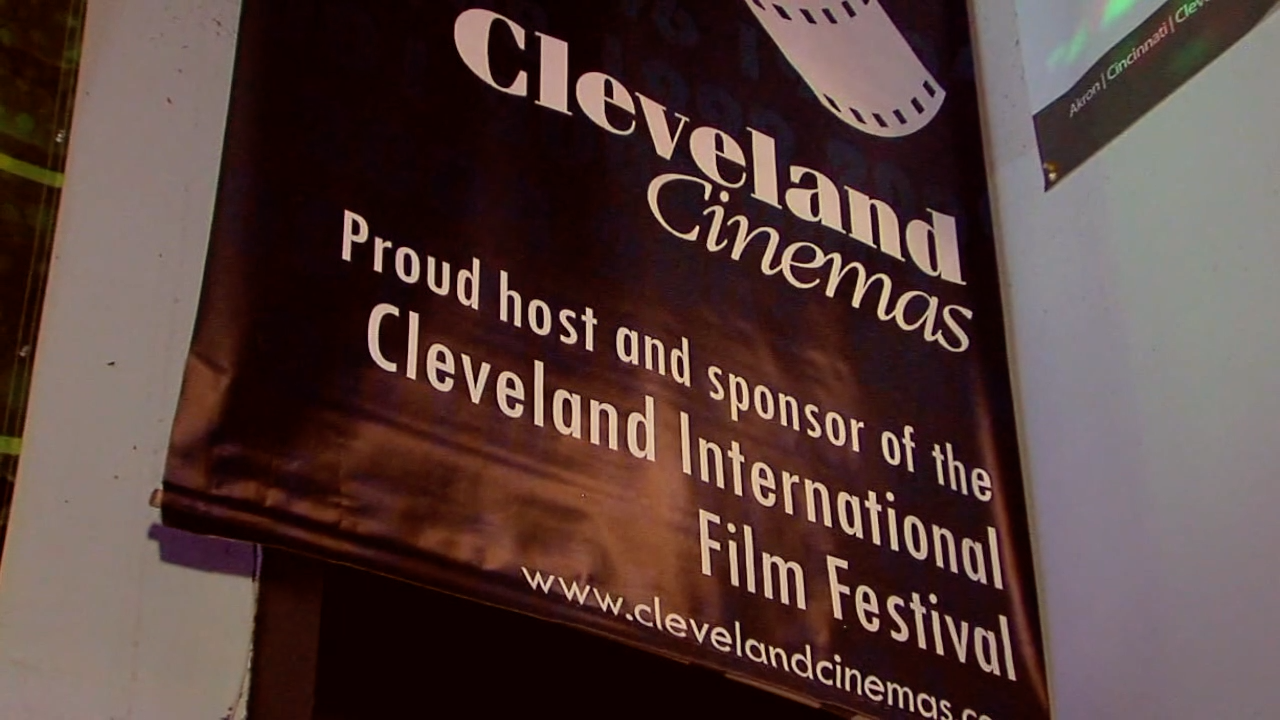 CLEVELAND — An event canceled due to the coronavirus pandemic is taking on new life.

The Cleveland International Film Festival announced Wednesday it plans to stream some of the films that would have been part of this year's event, which was canceled two weeks ago.

"We’ve been through things that we’ve had to adjust to, but obviously nothing close to this," said Bill Guentzler, CIFF's artistic director, who has been working with the festival for 22 years.

CIFF was set to kick off Wednesday, its last year at Tower City before it moves to Playhouse Square in 2021. Instead, CIFF released its trailer Wednesday and its plans to move to streaming for this year.

"We started selling merchandise because we ordered it before the festival, so we have it," Guentzler said. "And they’re collector's items this year, so it’s the festival that didn’t happen at Tower City."

Guentzler said the festival also "released a list of the past three years of films that are available on other streaming platforms, from Netflix all the way to Kanopy, which, if you have a library card, you can get that."

CIFF Streams, the initiative through which many of the films will be streamed, will happen sometime in April, though exact dates, pricing and films have not been announced yet.

"People were as devastated as us when we had to cancel, because people do look forward to this all year," Guentzler said. "People take off a week of work just to spend time at the festival. When we decided to move forward with the streaming possibility, we had them in the back of our minds first, as far as we want to make sure we do it right for them."

"It’s pretty amazing and it’s great to see things happen when we’re forced to make things happen," Guentzler said of the changes to the festival. "This is a total learning process for us, and the one thing that we’re also focusing on is the accessibility. We want to make sure that everybody that wanted to go to the festival has access."

While he thinks the festival could reach a new audience, that's "not our main goal," Guentzler said. Rather, the festival wanted to make sure to reach its "film festival family."

"These are the people that come every year that really feel part of the festival," Guentzler said. "So as long as we’re taking care of them, if we can get additional audiences, great, but it’s mainly just about our film festival family."

Guentzler said the changes to the festival would be a financial hit.

"The nature of a film festival, everything’s paid up front, and actually, our ticket sales isn’t a huge line item in our budget," Guentzler said. "It’s a lot of sponsorships and donations and government funding and foundation funding."

Costs include paying for the films, screening fees, rent and staff.

"We were looking at a huge, huge deficit," Guentzler said. "And so while we’re hoping to recoup some of that through this new initiative, we don’t expect that to be a huge moneymaker. But it would be great to like kind of cut that deficit a little bit."

He expects CIFF will roll out more information to fans soon about CIFF Streams.

"It’s very cool that they are trying to still progress and take it online, because even though [coronavirus] is destroying everything, we still have the internet and we can still talk to each other," Olsson said.

Olsson's film, Alive, was set to be part of the festival, his second film at CIFF in two years. The film is about a disabled woman named Victoria and her caregiver. Olsson said Victoria "yearns after intimacy." The theme, he said, is whether abled people should be making decisions for disabled people, "and it talks about prejudice against disabled people."

While he was disappointed the festival was canceled, Olsson said he "wasn't too surprised," since other film festivals are also canceling.

"The physical meeting is, it’s the best kind of meeting, I feel," Olsson said. "But if we can still use the internet and reach out to the audience in that way, that’s great."

He said he believed the topic of his film was important and needed to be seen by a lot of people, and he felt that the other films in the festival were also important. He planned to watch many of them.

"I hope for a great experience and I do hope that more festivals try to do the same if they can’t have the physical festival," Olsson said. "Let’s go online and let’s keep spreading the films because the stories won’t stop. We still need good stories."

'I think it's brave'

U.K. filmmaker and actor April Kelley also spoke with News 5 via Skype. She said she was "really, really gutted" to learn the festival was canceled, since she planned to make the trip to Cleveland.

Her film, Treacle, premiered at BFI Flare, London's LGBTQI+ festival and was part of the CIFF program for this year.

"At its heart, it’s a buddy movie, but what it actually does is shine a letter on the B in LGBT," Kelley said. "It’s a bisexual story and it follows these two friends, one of which is seemingly heterosexual, and she’s going through a breakup, so [she] and her best mate go away. One drink too many, the heterosexual character Jessie kisses Belle, who I play, and it’s the fallout of that. It’s the fallout and how ambiguous bisexuality can be within the LGBTQ+ community."

She was "heartbroken" that she and her production company wouldn't have the chance to participate in CIFF as expected but said she thinks streaming the films is "fantastic."

"You’ll never really get that real-life audience in the moment feeling," Kelley said. "But because it is such an important, special festival, I think that it’s marvelous that they’re doing this, if I’m honest, especially in the day that we live in, in this era, it’s possible. I’m not saying it’s free to do, but it’s certainly possible."

She said her heart goes out to the filmmakers who were going to be premiering at CIFF, and that she plans to watch some of the other films that will be part of CIFF Streams.

"We have this downtime, and even though it’s such a scary, uncertain time to be living right now, you have to take some pluses out of it," Kelley said. "Especially in the U.K., we’ve just gone into lockdown, so there is a lot of time to be able to watch other filmmakers’ pieces of work, especially in our industry cause all of our work has dried up."

Of the decision to stream the films, Kelley said, "I think it’s brave, because we know over here that the film festival brings in so much money for a city or a town. So I know this won’t replace all of that, but it definitely will keep the filmmakers very happy."

Treacle will be available on Amazon Prime from September 23, Bi Visibility Day, onward.