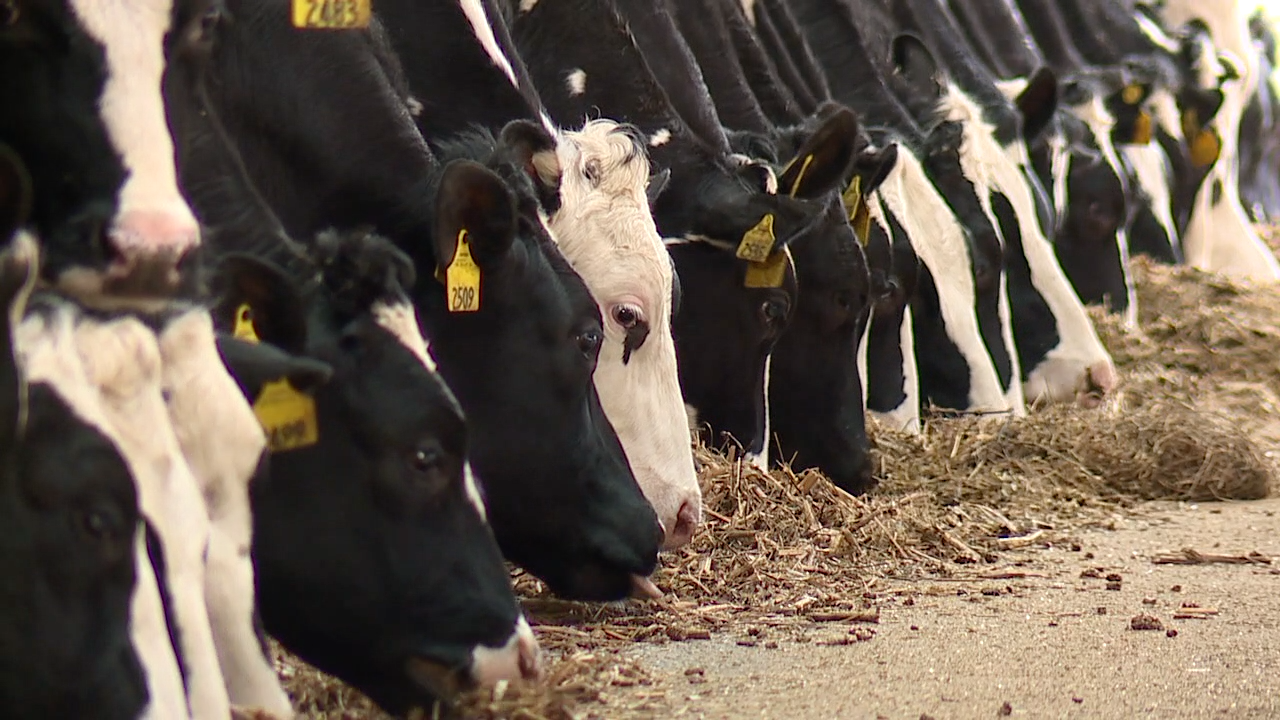 RIch Geyser
PHOTO: Conrad Farms in Grafton had to dump milk over the weekend. 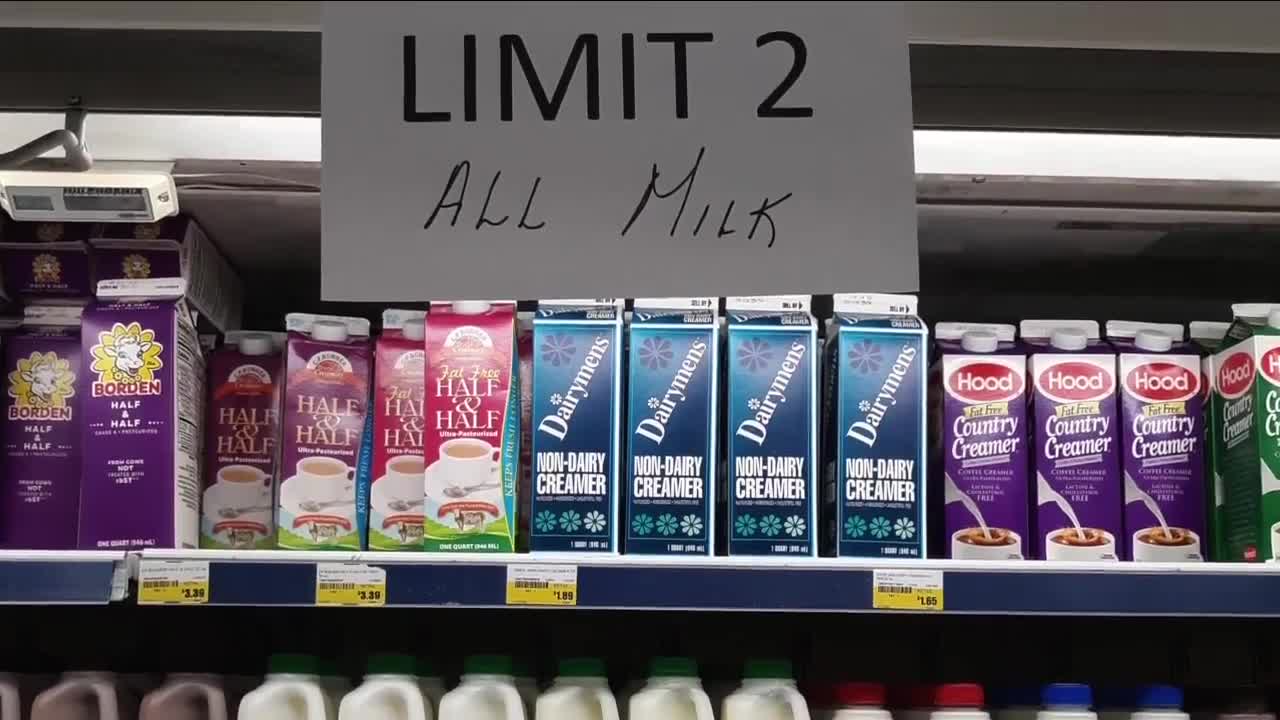 GRAFTON, Ohio — Some grocery stores have placed limits on how many of an item customers can buy, and dairy farmers say the practice is having a negative effect on them.

Richard Conrad owns Conrad Farms in Grafton, along with his brother. The family business has been around since the mid-1940s, with about 500 head of cattle. All told, milk sales make up about two thirds of the farm's income, with grain making up the remaining one third.

"Been at this all my life, 67 years, and never seen anything or did anything like this. It’s unbelievable," Conrad said.

This weekend, Conrad Farms had to dump milk down the drain.

"Terrible, terrible. I mean, it’s unbelievable," Conrad said. "You work so hard and then all the sudden it’s flushed down the drain."

Conrad said he thought the issues were "gonna be a short-term thing." But that was before he had to dump his milk.

"Hopefully we will get compensation for that milk, but there’s no guarantee on that," Conrad said.

Part of the problem is that demand for dairy products has dried up. With schools closed and restaurants only doing carryout and delivery, the dairy industry is now mostly suppling grocery stores.

"When the marketplace experiences things like this and prices diminish quickly, it really just takes the wind out of your sails, if you will, when you’re a farmer," said Scott Higgins, president and CEO of the American Dairy Association Mideast.

Higgins said no one saw this coming.

"The grocery industry had a standard order every week," Higgins said. "They know what the consumers in their community are purchasing. For them, it was a run on milk. Everybody was stocking up, it was unanticipated."

To that end, he said, "I can understand originally why [stores] put a limit, because there were angry customers."

Now, though, he said that's not an issue, as processing and manufacturing plants have ramped up. There's no shortage of milk. In fact, Higgins said, "We're long on milk. We have a little too much right now, obviously."

There's not enough space to process or store all that milk before it has to be thrown out. Higgins said milk usually can only go 24 to 48 hours before it "has to leave the farm and make space for the next round of milking."

By 72 hours, Higgins said, it's typically on a grocery store shelf. If it's not picked up in 24 to 48 hours, farmers will have to dump it.

To add insult to injury, Conrad said milk prices are "unbelievably low" because of the lack of storage space at processing and manufacturing plants.

"Time like this, we don’t have to make money, but we can’t get flushed down the drain either," Conrad said, adding that he would be happy to have his milk end up with food banks, as some of it already has.

Higgins said across the country, there could be a projected loss of $4 billion to $5 billion at the farm level, excluding processing and manufacturing plants, if this keeps up and farmers must continue to dump their supply.

Higgins said the American Dairy Association is asking stores to lift their limits and to trust the system, ordering as much as they need to meet the community's needs.

As of Monday, April 6, Giant Eagle and Acme Fresh Market confirmed their stores did not have any purchase limits on milk.

Spokespeople from Target and Walmart said in emailed statements that they were continuing to place limits on some products, including milk, but that they were adjusting those limits as needed.

Higgins said removing limits will help, but it won't completely fix the issue, since much of the dairy industry's demand comes from restaurants and schools. He said the American Dairy Association is working with food banks to provide dairy products to them and also shipping Ohio's milk to other states where there's a greater demand.

"If we don’t have a home for it, if it currently doesn’t have a market and there are families that need it at the food banks, we’re going to do everything we can to try to meet that need," Higgins said.

Higgins said people who want to help can make a cash donation to their local food bank and ask that their donation be earmarked to buy dairy products.