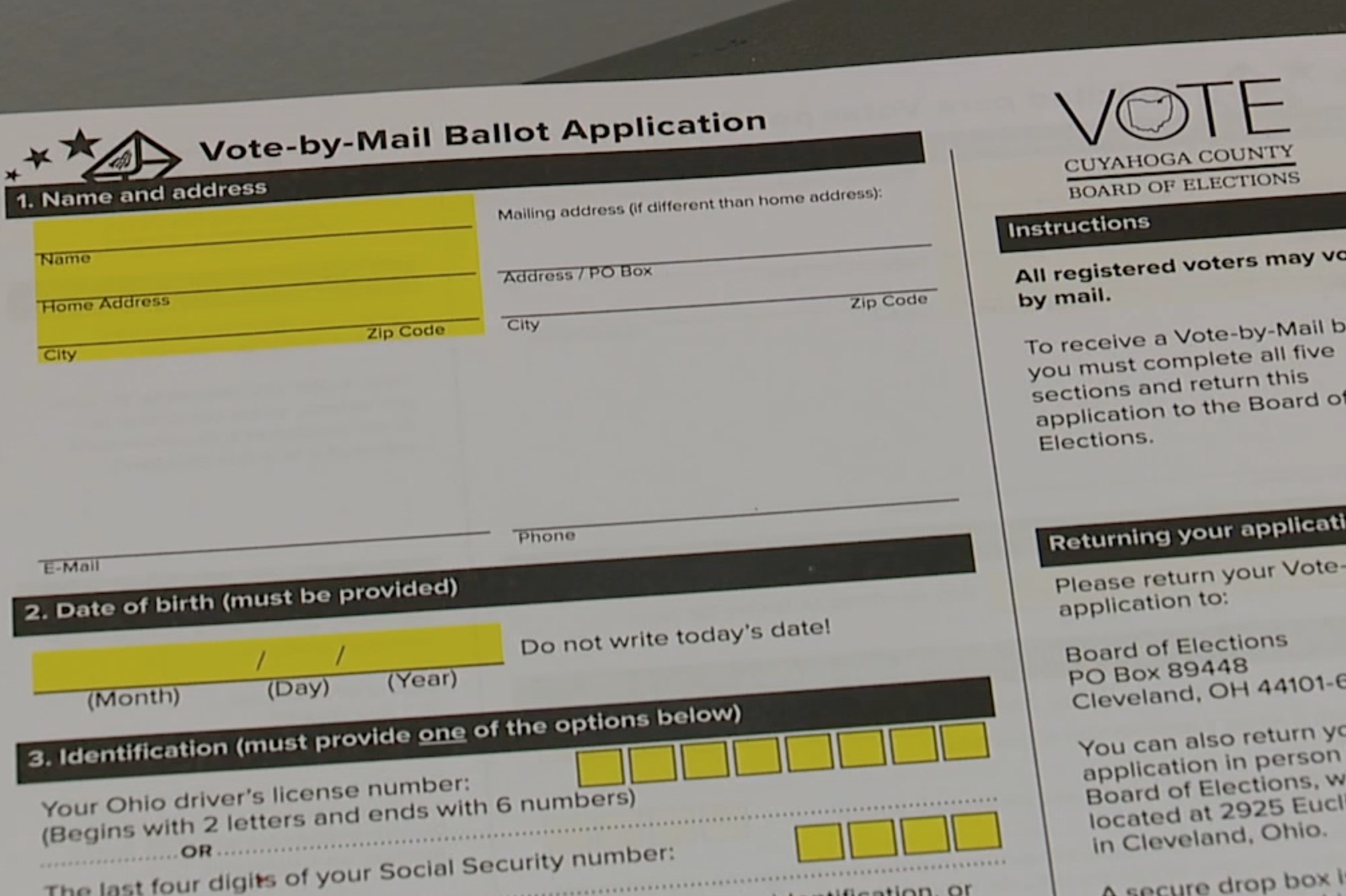 Ohio looks at lessons learned from the vote by mail stress test that was the state's primary.

CLEVELAND — When the decision was made in March to delay the Ohio primary, the initial date the governor and secretary of state wanted was June 2. Secretary of State Frank LaRose told News 5 at the time an earlier vote by mail only election would be difficult but he rolled with the punches.

“This isn’t the first time in my life that I’ve been handed a very difficult mission and that’s exactly what we had here,” said LaRose, a decorated Iraq War veteran.

“I had proposed a very different plan,” he said of the initial decision by Governor Mike DeWine and him to move the primary election day back to June 2.

“We wanted to have more time to do this, we wanted to send an absentee ballot request to every single registered voter with a postage paid envelope but again the legislature made the decision they made.”

Yes, in Ohio the governor can only move an election in the event of a foreign invasion otherwise it falls to the legislature to make such calls which they did when they moved the primary to April 28.

While they changed the date and made it exclusively a vote by mail election they did not change the antiquated process of requesting a vote by mail ballot with voters still required to either print or draw up even on a piece of paper the request for an absentee ballot, requesting one online is still not an option in Ohio.

“In an age when a lot of people are paying their bills by the internet and online sending something by mail is a bit unusual and cumbersome,” said News 5 Political Analyst Dr. Tom Sutton of Baldwin Wallace University.

“And then adding to that the postal service has about tripled it’s time in getting things from point A to point B compared to their normal rate.”

Meaning people who requested a ballot by the deadline at noon on Saturday but didn’t receive one had to vote provisionally at their boards of elections which caused confusion and lines which the vote by mail process was supposed to avoid.

State Democratic Party Chair David Pepper praised the effort but they need to be thinking proactively as they now focus on the November election which could also end up being a vote by mail contest.

“The legislature needs to come to an agreement working with the Secretary of State and governor on what the contingency plan looks like if we can’t vote in person and they should do it right away,” said Pepper.

Currently Washington, Oregon, Colorado, Utah and Hawaii hold entirely vote by mail elections. The difference is there is no application process. All registered voters are simply mailed a ballot.

Secretary of State Frank LaRose tells News 5 while that definitely opens up the door for voter fraud he believes based on the state’s efforts to constantly remove voters who moved or died from the rolls, they would be open to that.

“Listen this is something that would have to be a decision of the state legislature, the governor, I am perfectly willing to engage in that conversation if they chose to do that I can tell you that Ohio’s Boards of Elections, the Ohio Secretary of State’s office would be ready to carry that out in a fair, efficient and accurate way.”