Order beer, save Lake Erie? A Medina company finds a way to help

Rivalry Brews to donate a portion of profits 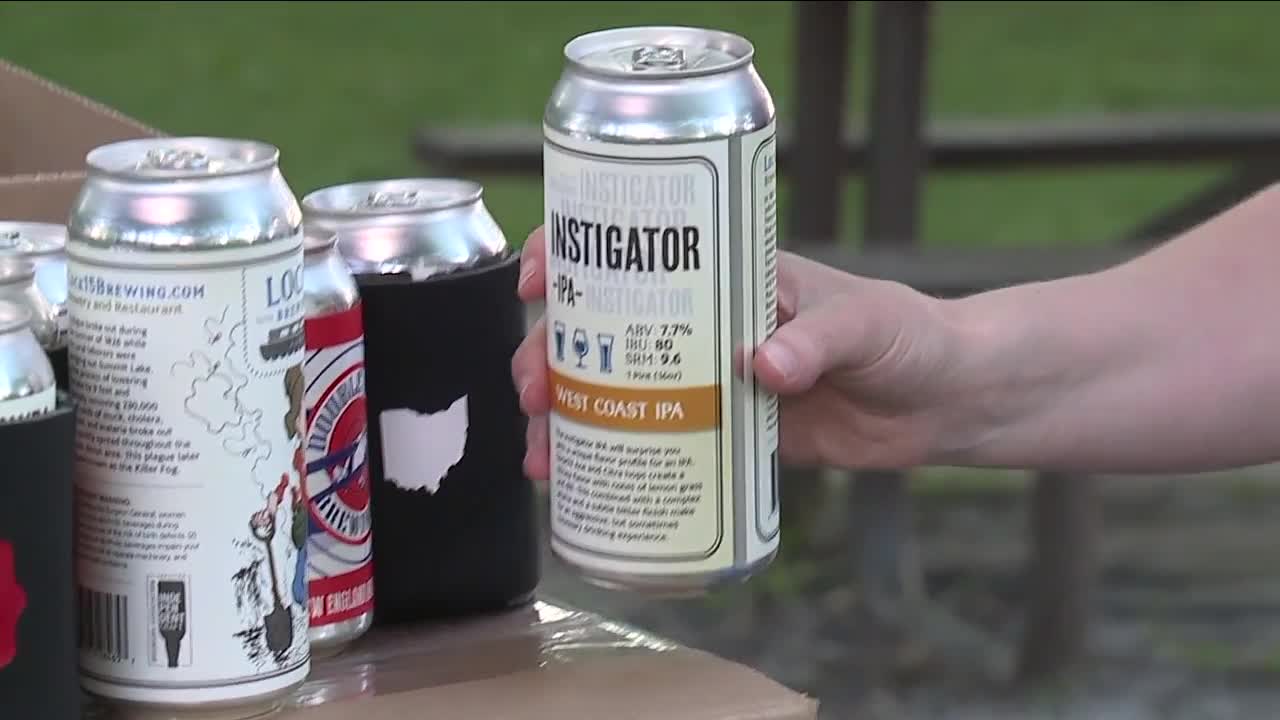 A company in Medina is taking action during the COVID-19 pandemic, not only keeping its own business afloat, but also helping out Ohio's craft breweries and Lake Erie. 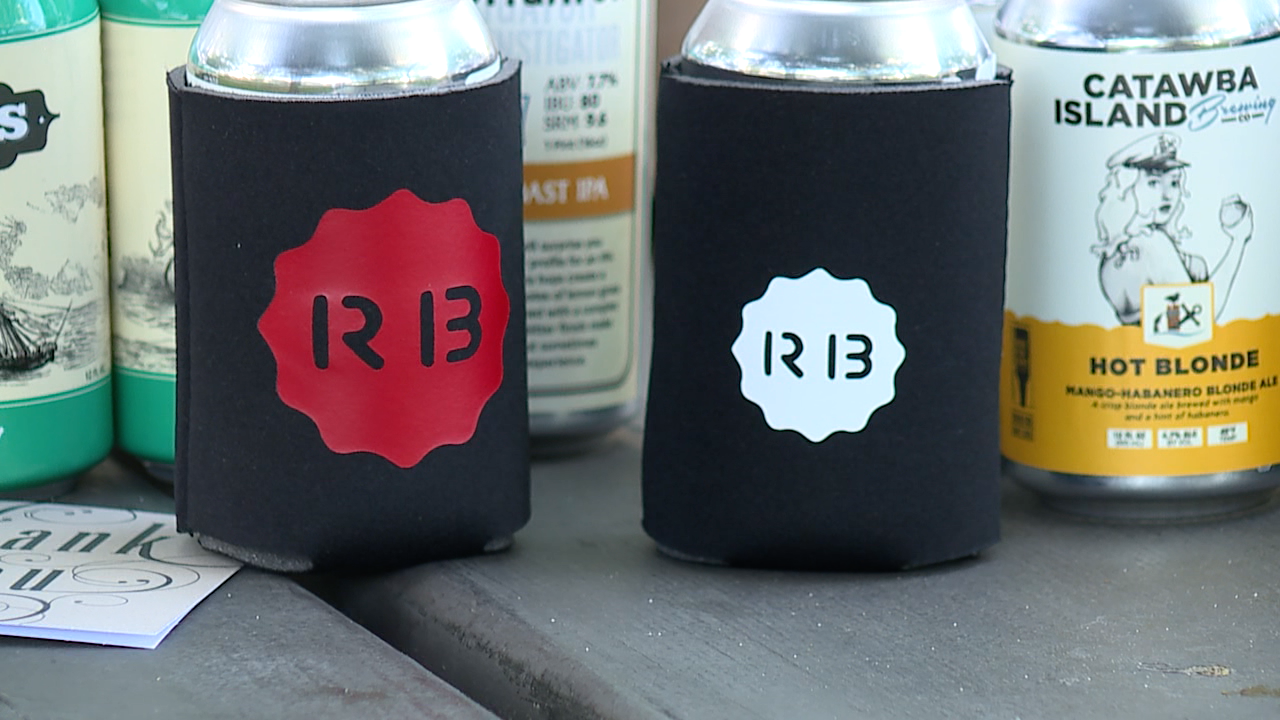 MEDINA, Ohio — A company in Medina is taking action during the COVID-19 pandemic, not only keeping its own business afloat, but also helping out Ohio's craft breweries and Lake Erie.

Rivalry Brews is working with 14 breweries throughout Ohio to ship beer directly to customers, often beer they wouldn't be able to find in stores.

"Medina, we have them in Cleveland, Youngstown, Akron, Cincinnati, Columbus and then the southeast side of the state as well, down in Athens," said Adam Esker, the founder and managing partner of Rivalry Brews. "We are able to box up any beers that someone wants to ship and ship them out."

Esker said the business had been in the works for two years.

"A lot of licensing, a lot of rules, a lot of regulations, things like that," Esker said. "And it actually just came together two weeks before the COVID virus really hit, so we thought, 'This has gotta be a sign, or something going on, that we’re supposed to be doing this and helping the breweries, helping keep a stream of steady revenue for them, because we’re buying from them.'"

He said that with COVID-19, breweries were desperate to help get their beers out.

"When they had to close their taprooms and their restaurants, we were able to step in and say, hey, we’ll buy your beer and we’re going to ship it to consumers," Esker said.

He said the business had just been approved to ship to Florida, in addition to the shipping it was doing in Ohio.

It's not just breweries they're helping, though. A portion of the profits Rivalry Brews makes shipping beer to customers will be donated to Eriesponsible, an environmental nonprofit in Northeast Ohio.

"They clean up marinas, clean up beaches and we’re going to be giving back to them," Esker said.

As an Eagle Scout himself, and with two partners who are avid outdoorsmen, Esker said they made the decision to give back to Eriesponsible and to help clean up and give back.

Since the business launched in mid-May, Esker said there has been a great response.

"We have had people emailing and reaching out to us saying that this is great, that now they can get beer that they normally can’t drink," Esker said. "We have had a lot of millennials reaching out. They say they like Amazon and the shipping right to their homes, and they like that."

He added that it was "a good time to launch. Everybody’s at home and they’re bored, so we’ve had a great response so far."

Peter Krafcik, chief financial officer for Rivalry Brews, said the business was also a chance to help breweries bring some of their workers back during a time when many people in the service industry were unemployed.

"We found a way that we were able to get some people back to work in some of these breweries," Krafcik said. "They even reached out to us saying, 'Hey, we got some people back working. We’re canning your beer.'"

Joshua Dykstra, president and director of Eriesponsible, said the nonprofit's goal is "to preserve the health of Lake Erie for future generations. That includes its harbors and tributaries also."

He said the donations from Rivalry Brews, as well as any other donations the nonprofit receives and sale of its merchandise, help Eriesponsible do more of the work it already does to clean up the lake, such as buying nets and buckets and arranging for cleanups.

"We’re trying to change the culture," Dykstra said. "We want people to think about what they’re doing when they flick a cigarette or leave a beer can on a picnic bench, knowing that it all ends up in the lake one way or another."

Dykstra said the nonprofit works with marinas, trying to get them certified as "Ohio Clean Marinas" and has teamed up with both NOAA and Ohio Sea Grant.

The donations from Rivalry Brews will also allow Eriesponsible to purchase a cleanup vessel and fill air tanks for SCUBA divers for underwater cleanups. The organization is also looking to buy a small cleanup vehicle to go in and out of marinas, in order to increase efficiency.

He said he hoped that people would see some of the positive environmental changes that stemmed from stay-at-home orders and work to keep things moving in a positive direction.

"People driving their cars less, factories that are shut down. We hope that people work to find a way to maintain that and maybe realize that they didn’t need to drive as much as they were driving before," Dykstra said. "We hope that people see the clarity in some of the streams and marinas and, 'Oh wow, I didn’t realize it could be like that.' Now how do we keep it that way?"

He also added that he hopes people "start thinking clearly again. The amount of masks and gloves that are coming off people’s hands and faces and then going right onto the ground is incredible. We’re already seeing that."

The amount donated to Eriesponsible will range from 15 to 20 percent of the profits Rivalry Brews makes each quarter, Krafcik said. He also added that he will match the entire first quarter's donation out of his own pocket.

Not only does Rivalry Brews stay in business, but these men said it helps Ohio's breweries and Lake Erie, too.

"We’re able to help something in our community that directly benefits people that we know, benefits ourselves as well, so we can enjoy these beautiful things that unfortunately sometimes we ruin ourselves," Krafcik said.

Krafcik said he anticipates continuing this in the future, even when the pandemic comes to an end.