What happens if the fund becomes insolvent? 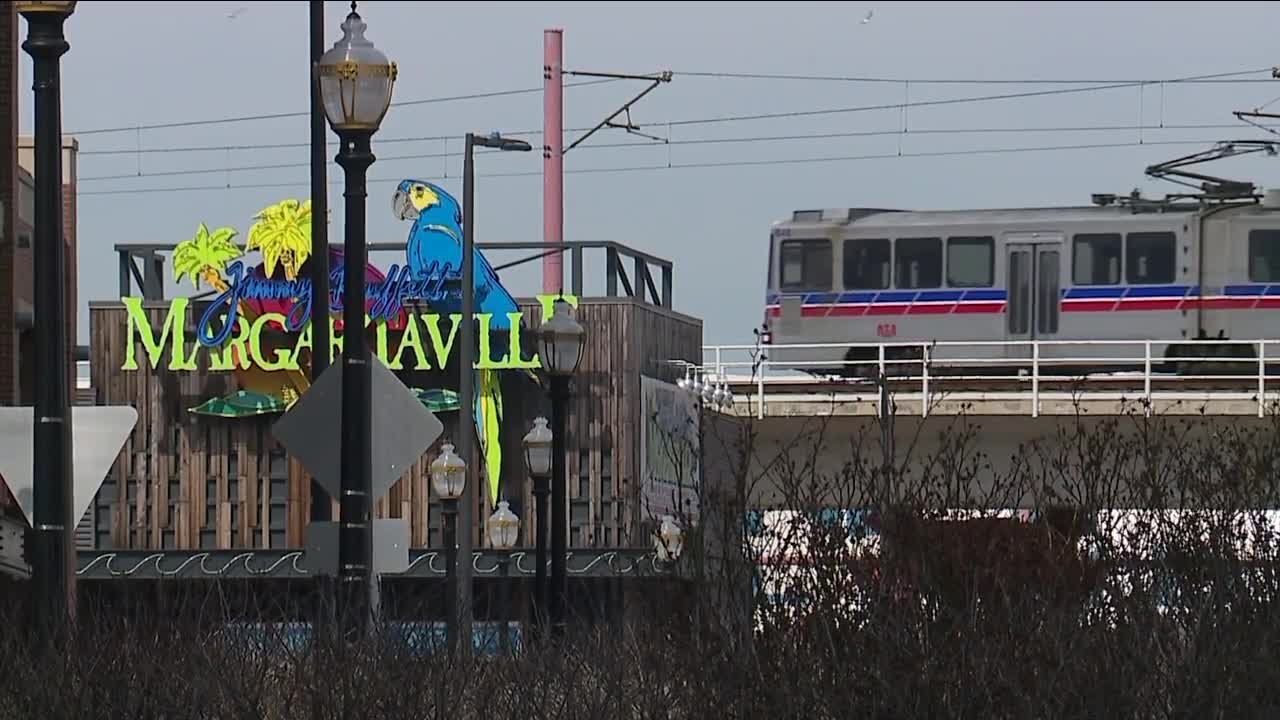 With so many people experiencing layoffs due to the COVID-19 pandemic, the number of Ohioans filing for unemployment claims rose dramatically in the last week. 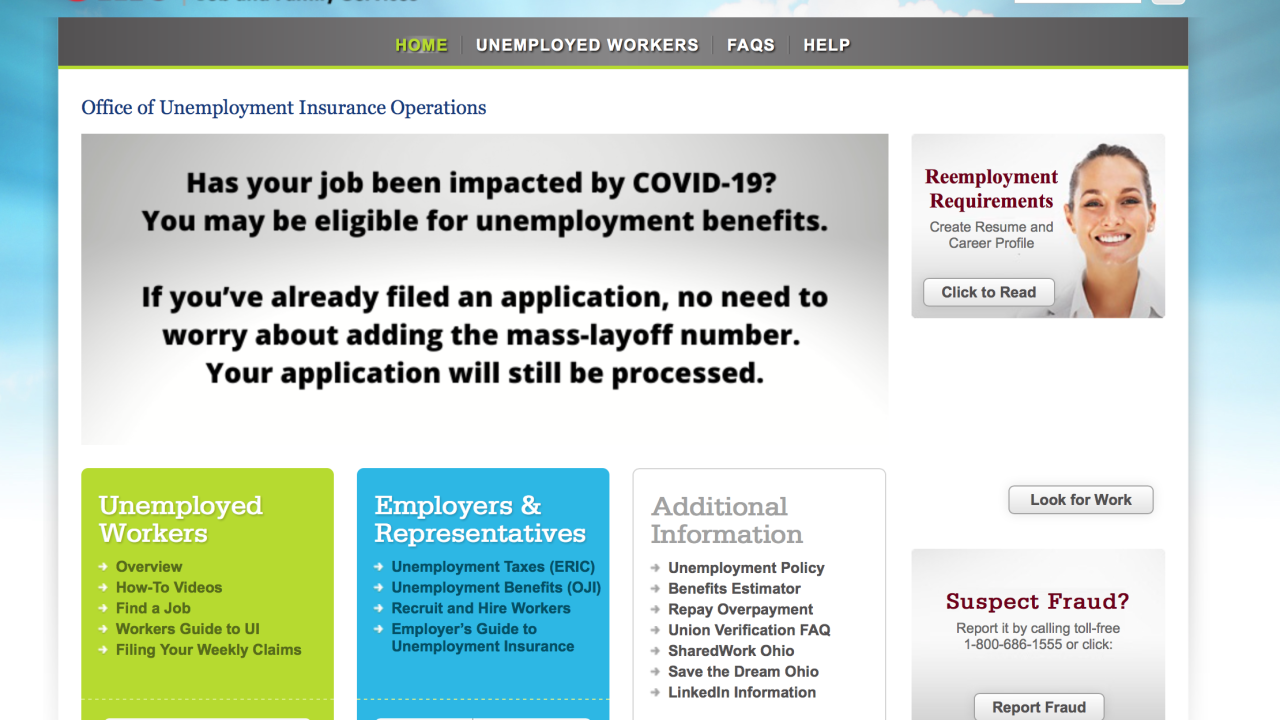 With so many people experiencing layoffs due to the COVID-19 pandemic, the number of Ohioans filing for unemployment claims rose dramatically in the last week.

According to the Ohio Department of Job and Family Services, 139,468 unemployment claims were filed from Sunday, March 15 through Thursday, March 19. That was up from 4,815 claims during the same time period the previous week.

A spokesperson for ODJFS wrote in an email that the state's immediate focus was on getting benefits to Ohioans who need assistance, but that the state is also monitoring the unemployment trust fund, which currently stands at $1.13 billion.

The spokesperson noted that if the fund were to become insolvent, the state must continue to pay required unemployment benefits and would have to borrow from the U.S. Treasury or another source to meet that legal obligation.

In a release from ODJFS Friday morning that included the latest jobless claim statistics, the department urged people to file claims online.

ODJFS has extended its call center hours from 7 a.m. to 7 p.m. weekdays and 9 a.m. to 1 p.m. on Saturdays, for those without internet access or people with case-specific questions.

ODJFS also noted that workers who lose their jobs as a result of COVID-19 precautions and closures can enter the mass-layoff number 2000180 on their applications, adding, "However, if affected individuals have already submitted claims without this number, they do not need to add it."

The spokesperson noted this isn't the first time Ohio has experienced this with unemployment claims. Ohio had to borrow more than $3.3 billion during the Great Recession, and more than 30 other states also had to borrow money. Ohio finished paying back what it borrowed in 2016.

A single mother of five loses both jobs

For Cecilia Larico, stress is piling up.

The single mother of five said some of her children are home from school during the pandemic, while the younger children can't go to daycare because they were sick last week and she doesn't want to risk anyone's health.

She's lost work at The Cheesecake Factory and The Original Pancake House as a result of restaurant closures and she's worried about how she'll pay bills— "The rent, utilities, car payments, insurance."

Larico started applying for unemployment Monday by phone but was told to go online. She doesn't have a computer, but she borrowed her sister's laptop. However, she said she didn't have the PIN she needed to file and wasn't sure if that was a PIN she'd set in the past, when she lost a job and tried to file for unemployment at that time.

As of Friday, she hadn't been able to file for unemployment, and she was concerned her savings wouldn't last long.

While she's been able to look for new work in the past when she lost a job, Larico said that wouldn't be possible this time, with her children at home and too young to stay alone. The oldest child is 11; the youngest is just a year old.

"I mean I could apply for Amazon, but like I said, I have five kids and I have to be at home," Larico said.

Scott Sauer is the bar manager at Crafted Cocktail Co. in Wadsworth and works with Spunkmeyer's Pub. He said the bar has approximately 24 employees.

"Right now, I think the shock’s still setting in," Sauer said of people experiencing layoffs and dealing with closures during this time.

Sauer said his bar is trying to figure out a to-go and delivery system.

"Our biggest goal has been trying to transition to that as quick as possible so we can see a little bit of income, and keep everybody getting paid," Sauer said.

Several days ago, Sauer created a Facebook group for restaurant workers affected by layoffs and closures. The group had more than 17,000 members as of Friday afternoon, many of whom wanted to know when they might see updates about unemployment claims.

"When it’s going to go through, how much," Sauer said, adding that he hadn't yet applied for unemployment himself.

He urged people not to overload the system by checking many times a day for updates after filing for unemployment. In the meantime, he was trying to assemble resources and information to post in the group.

"We’re trying to find and compile that information as quick as possible so we can get it out and help as many people as possible," Sauer said.

RELATED: Everything you need to know about applying for unemployment benefits during coronavirus pandemic