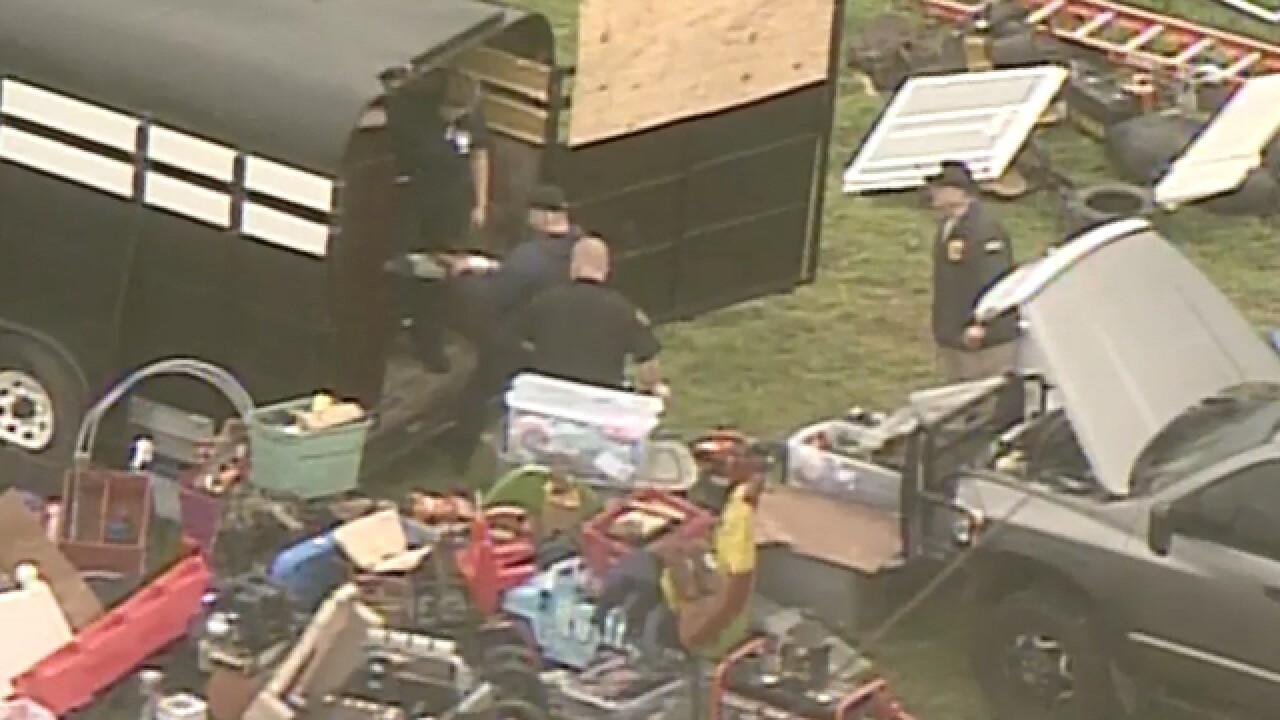 PIKE COUNTY, Ohio -- A brother of a Rhoden family massacre victim faces two charges after authorities said he destroyed a GPS device as part of the investigation into the murders of eight family members in Pike County last year.

James Manley, 40, of Pike County is charged with:

A judge signed an arrest warrant for Manley on Tuesday. He is the brother of Dana Rhoden, who was 37 years old when she was killed April 22, 2016. Her teenage children, Hanna and Christopher Jr., were among the seven other victims found at four homes.

The massacre captured national news attention in the weeks after it happened but has yielded few answers since then. No one has been charged or arrested for the deaths.

Relatives told agents for the Ohio Bureau of Criminal Investigations that Manley found the GPS on his truck and smashed it on the sidewalk, according to the warrant request signed by BCI Maj. Alan L. Lewis. Lewis wrote that he put the GPS on the frame of Manley's red Chevrolet truck on April 22 and the GPS stopped operating on April 28.

Lewis said he and two other agents went to Manley's home on Monday to "give notice of the court order concerning the GPS unit." That's when Manley's father, Leonard Manley, shouted at the agents from the driveway, he said.

According to Lewis, Manley's father continued to talk about his son's destroying the device.

Leonard Manley told WCPO he has no idea where the GPS device is, and he claimed his son did nothing wrong.

Martin Pinales, a WCPO legal expert, said the charges may depend on how badly Manley damaged the device, if at all.

"If I found a piece of equipment on my car that didn't belong, I would take it off as well," Pinales said. "You can't destroy it. You can't put it on the neighbor's car and have the police follow the wrong car around. But certainly, I don't think it is an obstruction."

A report Saturday that the Franklin County Sheriff’s SWAT team was searching for possible murder suspects was a false alarm: Sheriff’s spokesperson Marc Gofstein said he made a mistake when he told media outlets that the SWAT team searched a property but did not find anyone.

Gofstein corrected himself to say the SWAT team was looking for evidence, not suspects. And he didn’t confirm if any evidence was found.

Officials didn't explain why the SWAT team didn't join the search of the Adams County property until the second day or why a SWAT team was needed for an evidence search, given that a SWAT team's role is to assist in personal high-risk situations.

A search for suspects would have been a significant development: Despite periodic reassurances of "significant progress" in the investigation, only a few pieces of information have surfaced in public view: Authorities believe the killer or killers must have been local, and the murders may have been connected to the Rhoden family's marijuana farms.

After Friday's search, Leonard Manley said he still wasn't optimistic about the chances of finding the person or persons who killed his daughter.

"Maybe not in my lifetime unless they find something awful good down there," he said.