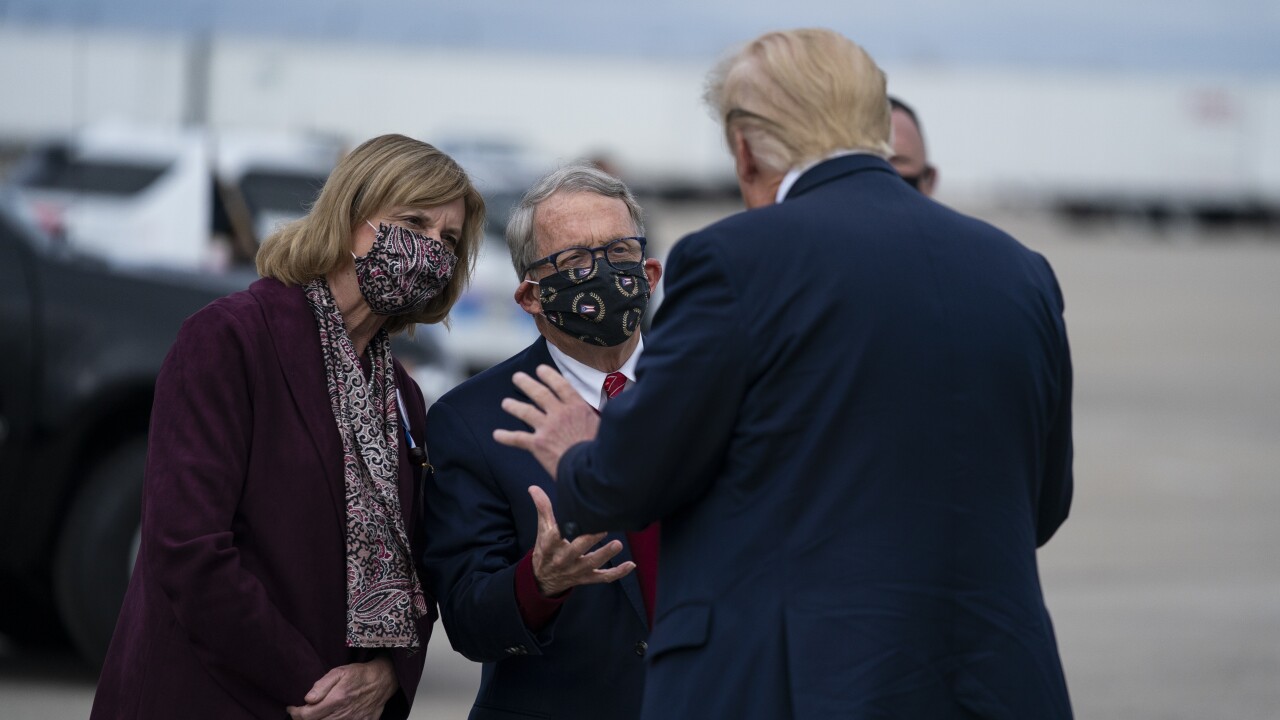 The president took time away from tweeting totally unsubstantiated claims about winning the presidential election to make a veiled threat that he would help unseat Ohio Gov. Mike DeWine.

President Donald Trump tweeted Monday morning: “Who will be running for Governor of the Great State of Ohio? Will be hotly contested!”

Who will be running for Governor of the Great State of Ohio? Will be hotly contested!

“I have always had a great working relationship with the President. I am proud to have served as President Trump’s Campaign Co-Chairman in Ohio, where we won by the largest margin of any swing state in the country.

“And I intend to run a winning campaign for governor in 2022.”

DeWine, whose first four-year term as governor ends during the 2022 mid-term elections, has been one of the few prominent Republican politicians to formally recognize Joe Biden as the next president, saying in an interview last week on CNN: “We need to consider the former vice president as the president-elect. Joe Biden is the president-elect.”

Those words from Republican @GovMikeDeWine of Ohio. @NewDay pic.twitter.com/SUUpC43Hou

DeWine reiterated that the White House and Trump have “every right” to go into court to adjudicate facts.

“I congratulate Vice-President Biden. It would appear that President Trump's legal team will be filing legal actions. The President's lawyers have every right to present evidence in court on any legal issues or irregularities involving the election, and the courts are the proper place to hear evidence on these issues. When lawsuits have concluded and election results are certified, it is important for all Americans to honor the outcome.”

DeWine has also faced criticism and even an impeachment effort from his fellow Republican lawmakers in the state legislature due to orders he has enacted to slow the spread of coronavirus, based on guidance from medical experts and scientists in the Ohio Department of Health and the CDC.

As the third wave of the conronavirus pandemic grips the country, with a record-high of over 180,000 cases reported in the U.S. Friday and many hospitals at or near capacity, Gov. DeWine last week announced modest changes to his existing mask mandate and social gathering orders in Ohio, where record cases and rising hospitalizations have also been reported.

In polling, the governor has received consistently high marks from Ohioans for his handling of the pandemic.