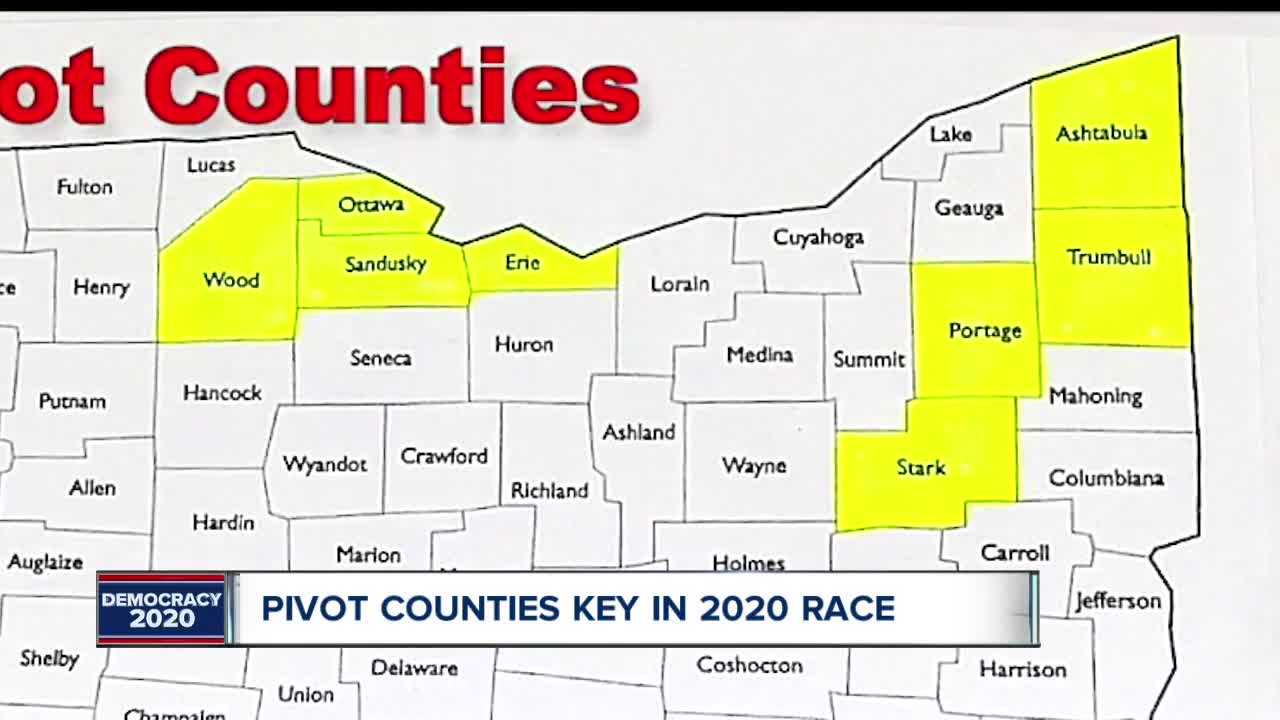 While all of Ohio's 88 counties will play a role in this year's elections, there are a handful that will be receiving extra attention, because they considered "pivot counties" - those that voted for Barack Obama for president in 2008 and 2012, but went to Donald Trump in 2016. 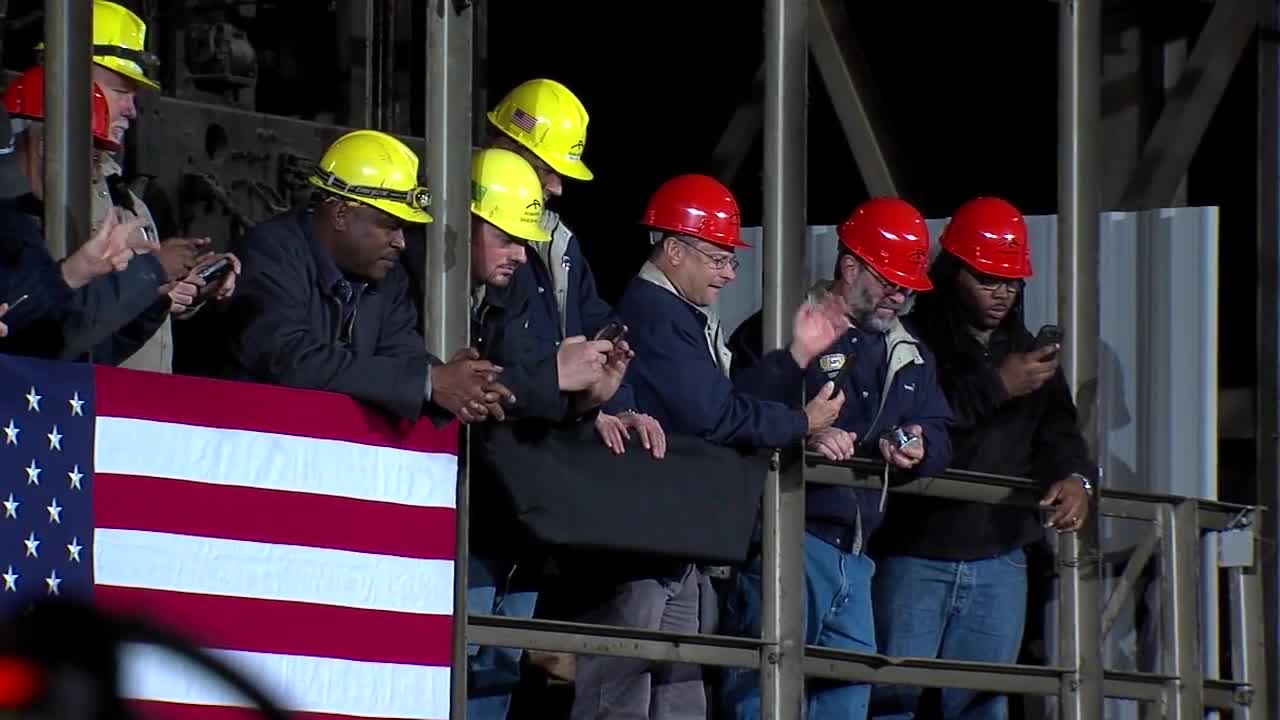 CLEVELAND — Since 1964, Ohio voters have correctly picked the winner in every presidential election. In fact, no Republican has ever won the White House without winning the Buckeye State. But while all 88 counties play a role in that, there are a handful this year that will be receiving extra attention because they "pivot counties" — counties that voted twice for President Obama in 2008 and 2012 but voted for President Trump in 2016.

Across the country, there were just 206 pivot counties in 2016. Nine of them were here in Ohio with all of them but Montgomery County, home to Dayton, located in northern Ohio. Those eight counties are split to the east and west of Cleveland with Stark, Portage, Trumbull and Ashtabula to the east and Erie, Sandusky, Ottawa and Wood to the west. Lorain County narrowly missed becoming the state's tenth pivot county in 2016, having voted twice for President Obama, but with Hillary Clinton narrowly carrying it in 2016 by just 131 votes out of 133,767 cast.

"If you look at the breakdown in a lot of those counties, they're manufacturing areas, they're blue collar areas, they are areas where long time Democrats did well in because they represented the values of working men and women that live in those counties," said Trump 2020 Senior Campaign Advisor Bob Paduchik. "What happened in 2016 was Donald Trump had a message that reached out to those workers, that really resonated with them."

Ohio Democrats know that; they also know the fall campaign is already underway in those counties.

"We have to win those votes again and so does Trump," said Ohio Democratic Chair David Pepper. "That's why we're not sitting around waiting for the Democratic nominee to start talking to these voters; we've been talking to them through our own digital efforts all the time."

While many will look to the 2018 results as a barometer of 2020, that's not as easy to do in those pivot counties. Ohio Republican Governor Mike DeWine carried 8 of the 9 counties in his race for governor but those same voters in 7 of the 9 voted for Democratic U.S. Senator Sherrod Brown.

"We're obviously working very hard to take voters who went with Sherrod Brown in '18 and keep them with us going into 2020," said Pepper. But Paduchik said Brown's results were also partially a reflection of his opponent, former Congressman Jim Renacci.

"He had a weak opponent," Paduchik said of Renacci. "He outspent him 13-1 and won by 6 percentage points so I think it was probably a little bit closer with the financial disparities than folks would have liked."

When President Trump came to Ohio for his first campaign stop of 2020 last month, he didn't go to a county where he won big but rather one he lost by more than 17 points: Lucas County, Toledo. Part of that draw was the fact that it sits adjacent to or near four of those pivot counties in Wood, Ottawa, Sandusky and Erie.

"If you're looking at which counties to watch and which counties to campaign in heavily for both sides, it's going to be these counties like Stark and Ottawa and Wood," said News 5 Political Analyst Dr. Tom Sutton of Baldwin Wallace University. "Bottom line is every vote counts and quite frankly Donald Trump understood that better than Hillary Clinton in 2016. "