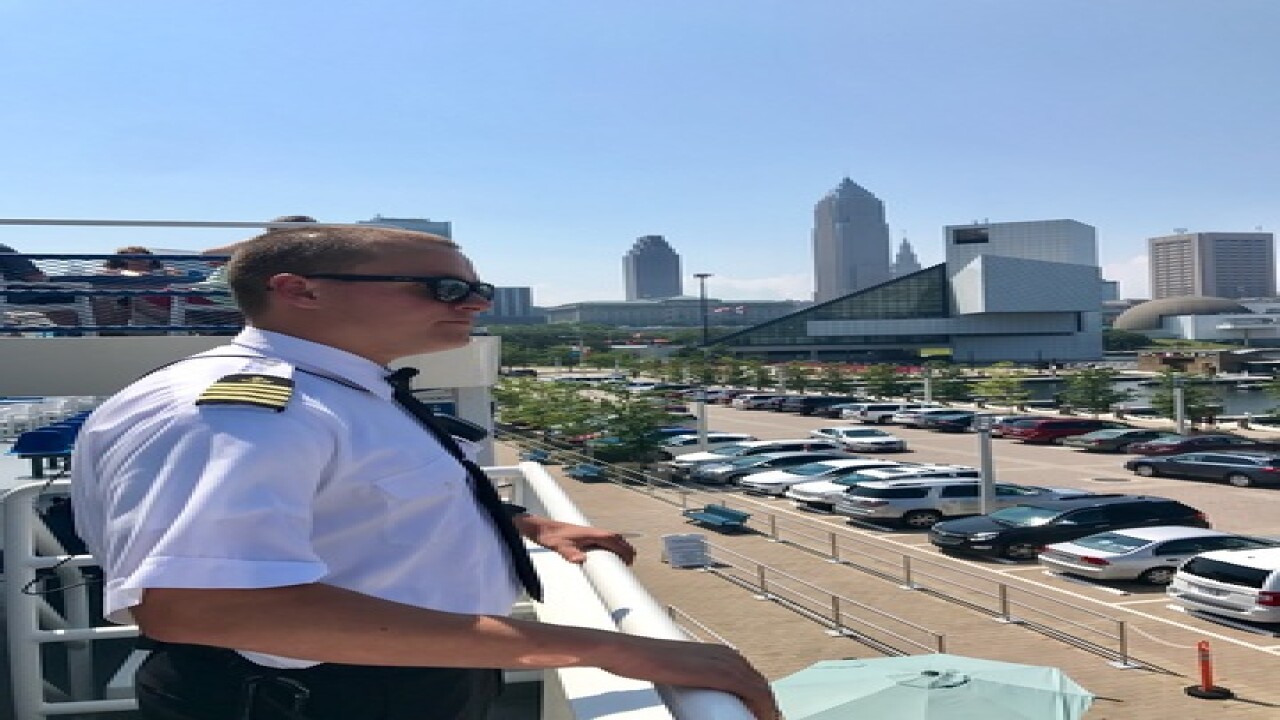 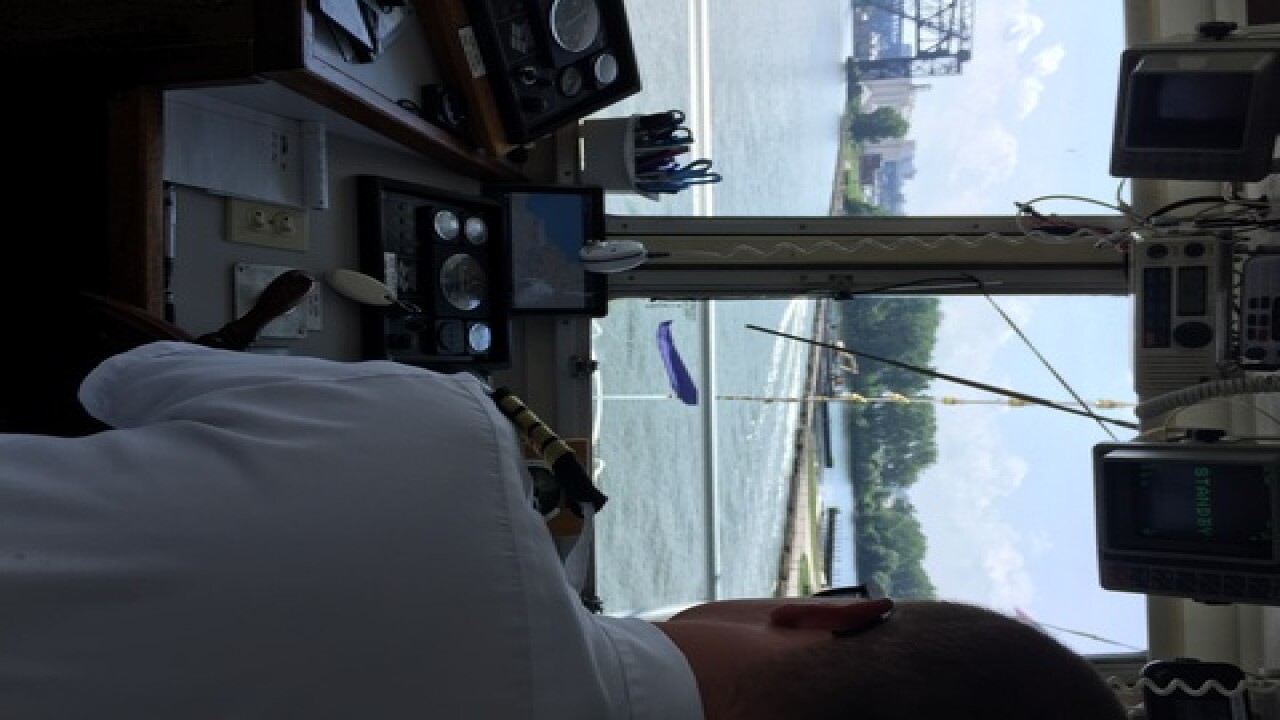 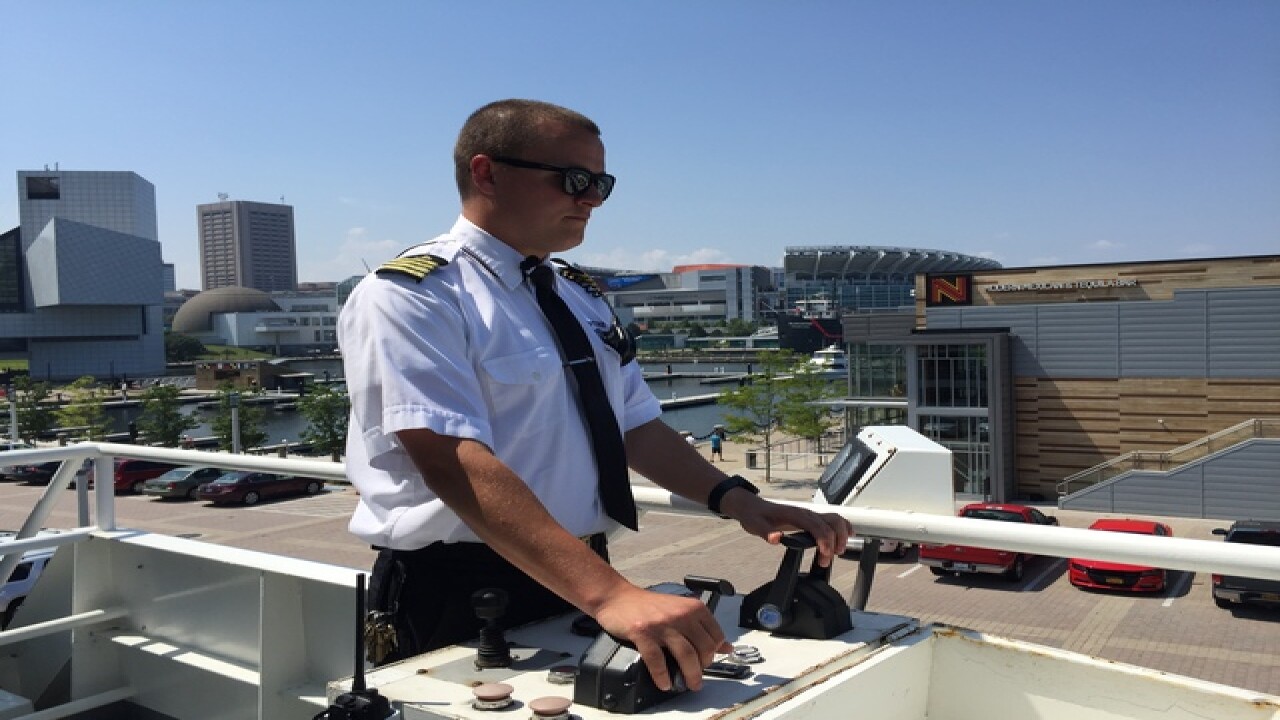 What’s your idea of a ship captain? Maybe the Gordon Fisherman? A salty, old seafaring guy who’s spent his life on the water?

Well, the Captain of the Goodtime III, that Cleveland summertime staple – bucks that Captain stereotype.

The Goodtime has some history. Its first voyage ran in 1924 and since then there have been three ships and many captains.

“Sometimes when I'm out here on the wing getting ready to take off, people will come up and say, hey, where's the real captain?" said Kit.

At 26-years-old, he is the youngest commercial captain navigating the waters around Cleveland.

“This year marks the first year that I’ve really been the main guy at the helm,” he said.

What started as a summer job, cleaning toilets and serving concessions to pay for college in 2012, turned into a true labor of love. At the end of that 2012 summer, while the college kids Kit worked with went back to school, Kit went back to Baldwin Wallace, just close enough to continue working on the Goodtime.

“I still remember days where the weather was really rough or the traffic was really complicated, I just remember thinking, hey I’d hate to be the guy up there, and now I get to do that on a regular basis,” he said.

He was trained by some of the best – captains who had done this for decades – and when Kit had enough hours, he got his captain license. After years of training and good timing, he fell into the role he’d only dreamed of having a few years earlier.

“I have a very unique vantage point to sort of provide the quintessential Cleveland experience to people and I get to see almost instant feedback on that a lot of times,” he said.

While navigating the at times narrow Cuyahoga River, Kit narrates its story, guiding the boats several hundred passengers through a picturesque view of Cleveland history.

Kit grew up near water, but doesn’t come from a seafaring family. In fact, he’s the first to ever be a commercial captain in his family. It's a job he hopes to have a good time with for years to come.

“It’s kind of rare to be in my position at my age and I just am very grateful to be where I’m at,” said Kit.

It’s a fulltime job for Kit, in the offseason he spends time on upkeep, maintenance and scheduling of events for the Goodtime.