When fans walk into a stadium, they don't have any options for food except for what the concession stands sell. It's a monopoly that at least one NFL team, the Atlanta Falcons, seem ready to give up.

"It's possible that the owners of the stadiums have taken their monopoly power too far," said Case Western Reserve University Economics Professor Mark Votruba. 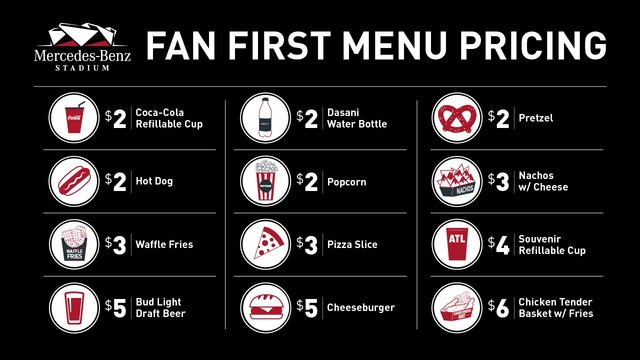 The Mercedes-Benz Stadium "Fan First Pricing," drastically dropping prices for food and drinks during all events at the venue.

"The pricing of concessions is kind of built into the entire value of coming to a stadium," said Votruba. 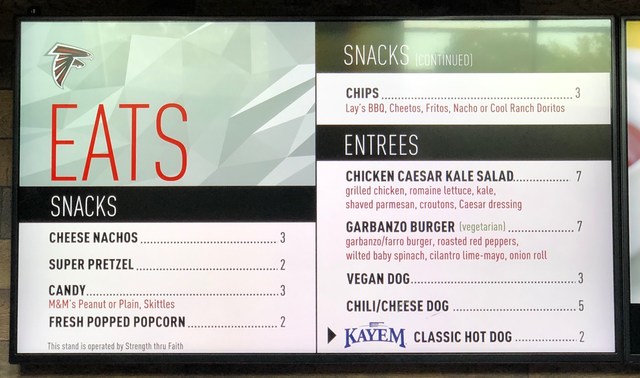 The concession menu at Mercedes-Benz Stadium showing basic snacks, but also more expensive options still below what they cost at other stadiums.

He says if everything is expensive, the overall experience suffers.

Cleveland's Minor League Baseball teams say they've known this for years. The Lake Erie Crushers and Akron RubberDucks say they keep ticket and food prices low to get entire families to the ballpark without breaking the bank.

The Indians say they've tipped their toe into the promotion pool over the years, like with their "4-3-2-1 program" in 2013. Fans could get a $4, 12-ounce domestic (non-craft) beer, a $3 hot dogs, $2 soda refills and $1 Sugardale hot dogs at specific games throughout the season. 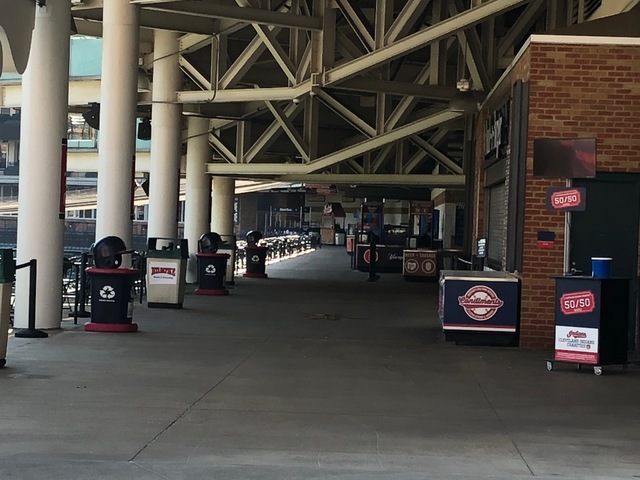 The walkway along the left field foul line at Progressive Field, where the Indians say they've tried special pricing schemes in the past before settling on Dollar Dog Night.

They've walked away from that pricing plan, but have landed on "Dollar Dog Nights" and "Value Sundays," giving fans $2 nachos, soda or popsicles for three hours during Sunday games. 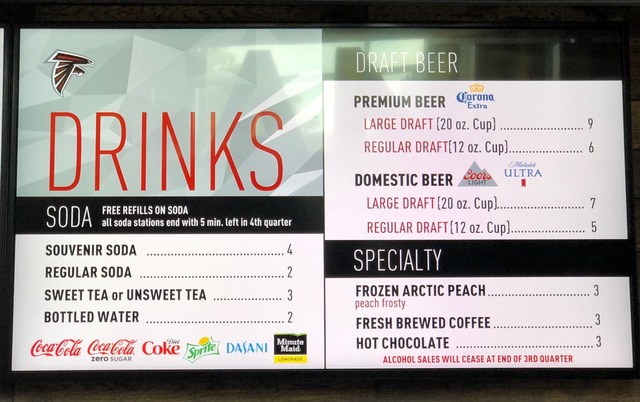 The drink menu at Mercedes-Benz Stadium shows regular and specialty drinks at prices below many other venues.

"What I think it could lead to is more teams to experiment around this as a device to advertise the experience and draw more people in if they're having trouble filling their stadiums," said Votruba.

The Cleveland Browns declined to comment about concession prices for this story, but they point out that proceeds from their pro-shop get donated to charity.