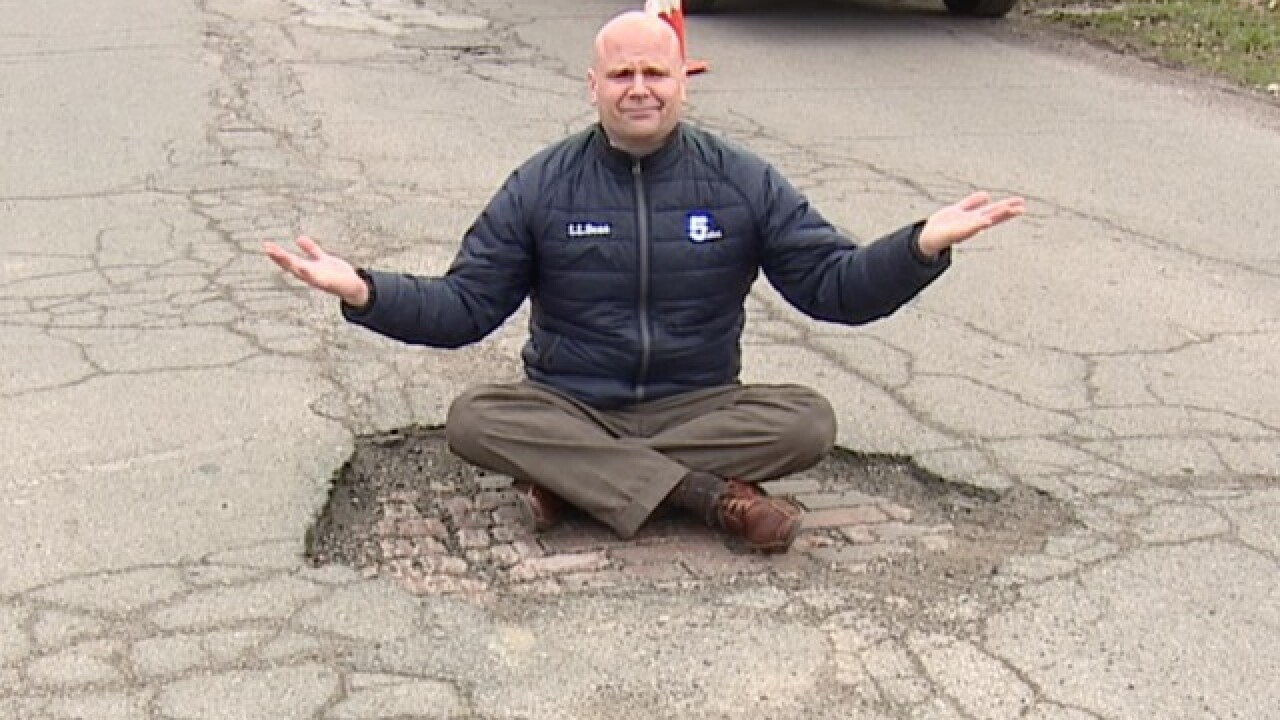 Copyright 2018 Scripps Media, Inc. All rights reserved. This material may not be published, broadcast, rewritten, or redistributed.
<p>East 125th has deep holes and Clevelanders want to know when the street will be fixed</p> 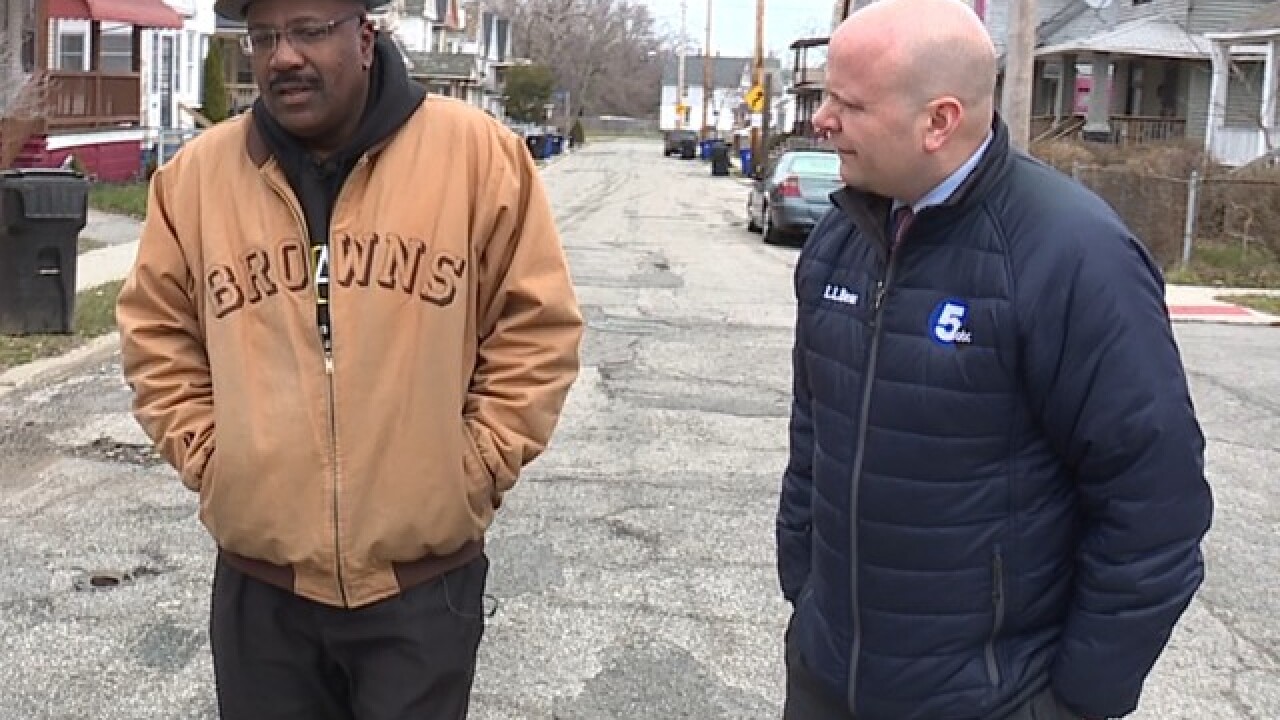 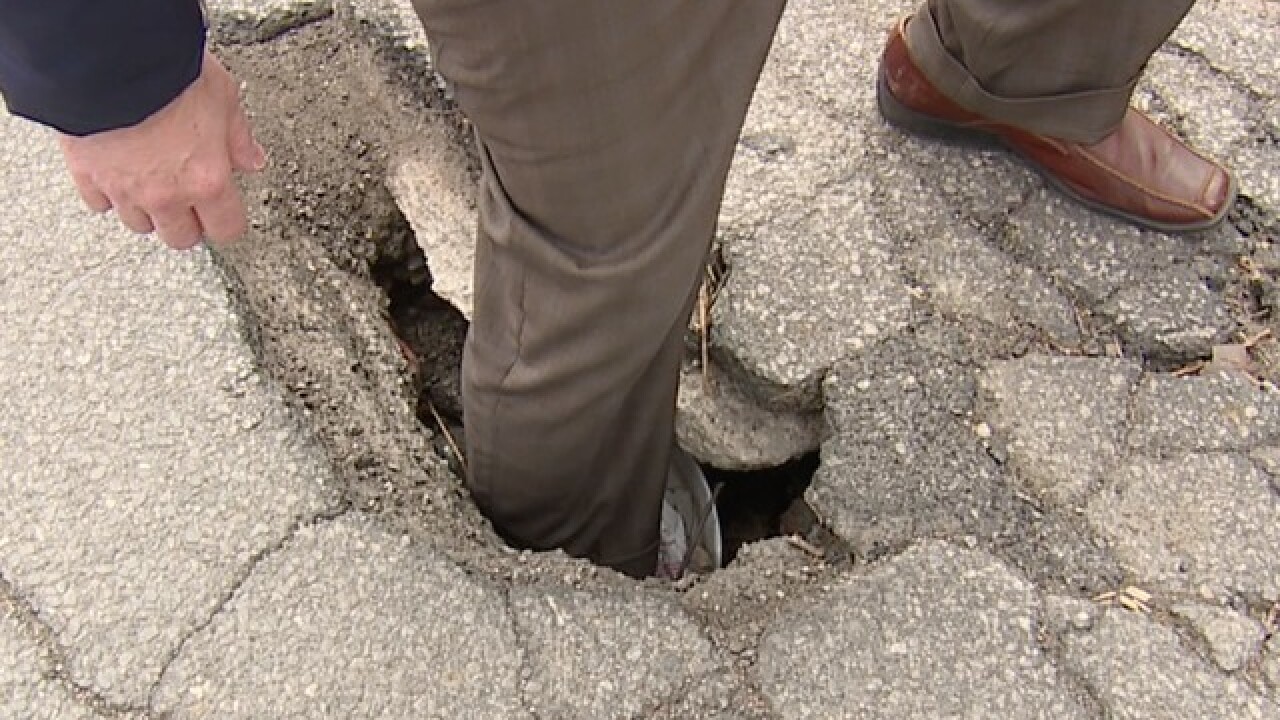 Our on-going investigation "Broken Roads, Broken System" is uncovering a new round of roads ready to be repaved in the City of Cleveland this year. News 5 has the Ward 9 list and some Clevelanders are questioning the selection process.

Some streets on the list are bad like Chesterfield from East 123rd to the end. It's getting repaved. Forest Grove is also on the list, but some residents are riled up about that.

"The streets that need to be done, they don't do them," said Clevelander Doug Mann who wants to see East 125th repaved.

He said while there are some rough spots on Forest Grove, he said that street is nowhere near the condition of East 125th that's literally right around the corner. There are holes everywhere, huge chunks of asphalt, and Forest Grove doesn't have potholes like East 125th. We could sit in them with plenty of room to spare.

"That's not as bad as this one,” Mann said while standing on East 125th.

About a hundred feet away, there are more holes with red bricks exposed. Plus, a deep hole that can swallow half of your leg.

"I've been down here 16 years it's been just like this -- 16 years,” said Clevelander Michael Lewis while sitting in his car just feet from the potholes on East 125th.

You might remember Demitrius Smith from our initial "Broken Roads, Broken System" report asking for East 112th to get repaved. At the time, we grilled councilman Kevin Conwell who represents the area.

"We're going to do this street as well,” he told us back then.

Fast forward a year-and-a-half, and we walked East 112th again with Conwell.

"Councilman, you're getting this street done?” we asked.

“Yes, yes, yes. You brought it up to me last year,” said Conwell.

Conwell is taking action. Our first report showed he was one of the city council members whose street was repaved before F-rated streets got attention. He's now getting to East 112th.

We also recently featured Ford Street near Case Western Reserve University and Conwell said he paid attention to our report. Ford will be repaved.

"I thank you and TV 5 for bringing it my attention,” said Conwell.

So, what about East 125th? Conwell told us half the street is in Cleveland and the other half is in the city of East Cleveland, a city that has extreme financial problems.

"I just have to meet with the mayor of East Cleveland to see how can we work it out,” said Conwell. “More than likely, it will have to be the city of Cleveland doing it.  It's a bad, horrible street."

So, while Smith on East 112th is getting assistance this year, others are hoping city council and Mayor Frank Jackson hear them, too.

"Frank, you got elected back into office ‘cause you said what you was going to do. It's time to show," said Mann.

Here’s the complete list of streets that will get repaved in Ward 9 this year:

Councilman Conwell said he has asked Water Pollution Control (WPC) to help with paving this season and has received $125,000 from WPC.