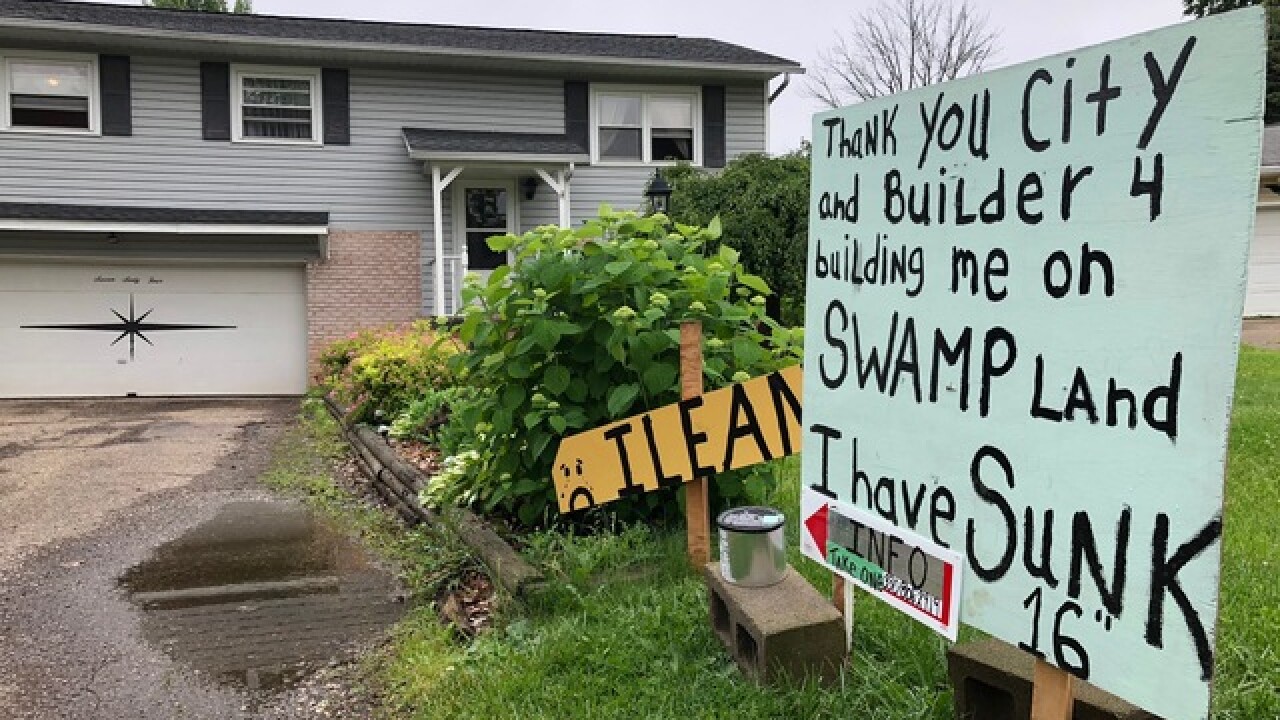 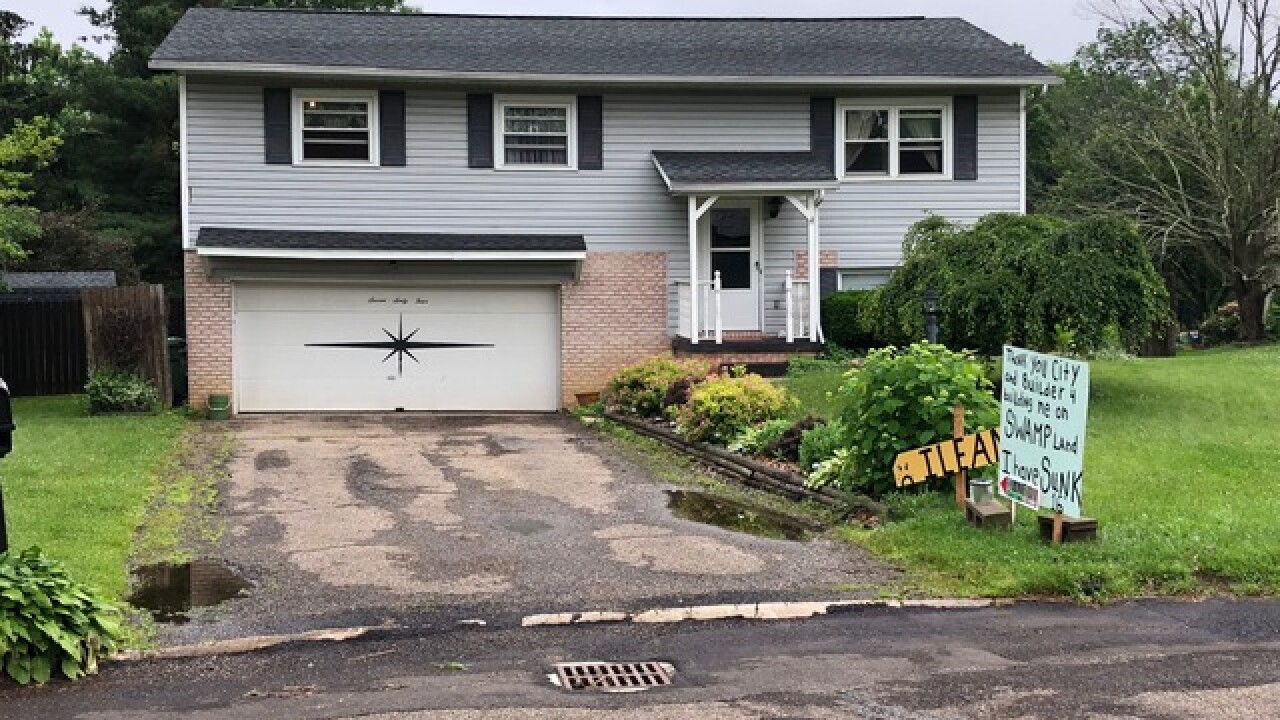 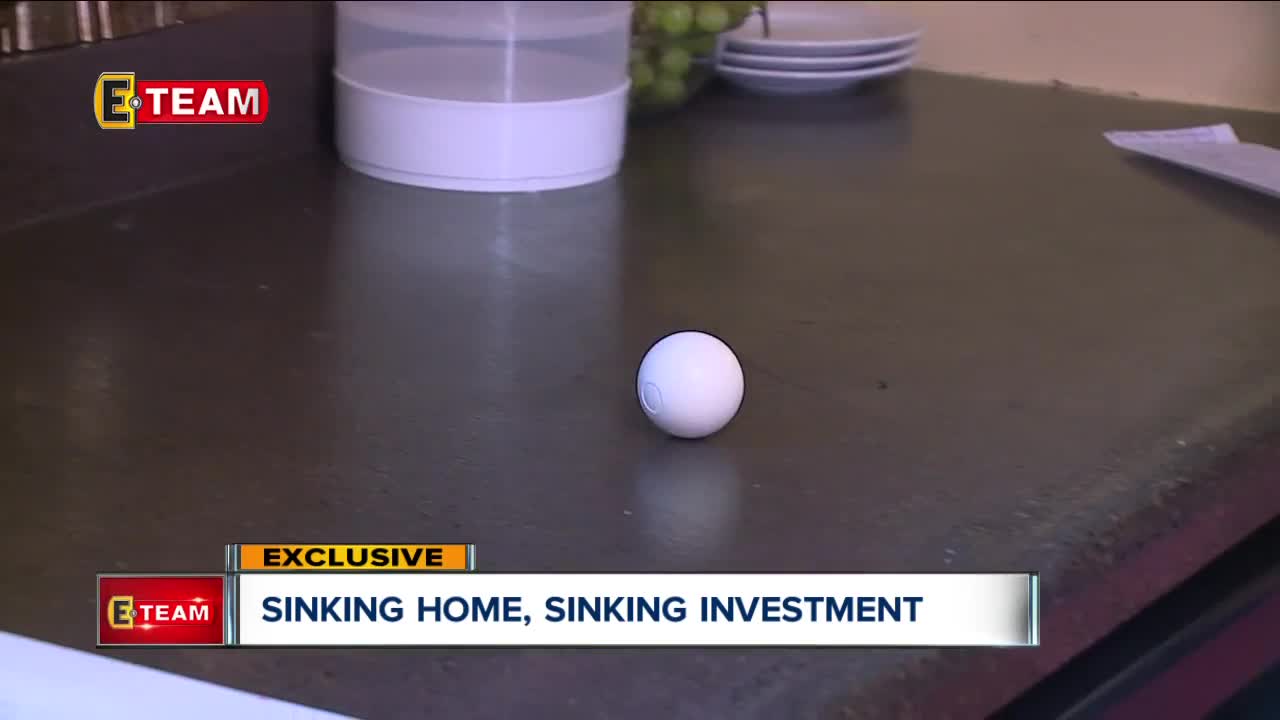 Your home is one of the biggest investments you will ever make, but a Canal Fulton woman is watching her home sink into the ground beneath her.

It only takes one look at Darlene Rehder's Canal Fulton home, the front steps, the garage door and the sign out front, to see what's wrong.

"You can see how the siding is just all leaning," said Theresa Armstrong, Darlene's daughter. "The difference is eight inches from this back corner to that front corner."

Rehder bought the home in 2001 and realized it leaned forward a few years later.

"We went to sell the house and all the realtors said, 'No, something's wrong here," said Armstrong.

Court records show back in 1987 the owner sued the builder because, even back then, the home was shifting. Turns out, the soil was to blame.

Pens and balls roll off tables, refrigerator doors close on their own and Darlene's decades of payments are down the drain.

"It's not even sellable," said Armstrong. "She's paid on this house for 20 years with nothing to show for it."

She said the tax assessor told her the house itself is worthless.

As for the city and the builder, they both say they sympathize, but there's nothing they can do.

The only option now is to save money, so her mom stopped paying her mortgage a year ago. She's keeping what she can to buy a smaller home and so far, the bank doesn't seem to mind.

"They're not even bothering us," said Armstrong. "We've given them all this documentation, they don't want the house back."

Ohio law requires sellers to disclose issues like this about a home, but only if the seller knows about the problem. Records show a previous homeowner died before Darlene bought the home. Legal experts tell us that could be a reason the information about the unstable ground might not have been passed along to her.