Numbers not going down at City Mission's emergency overflow shelter 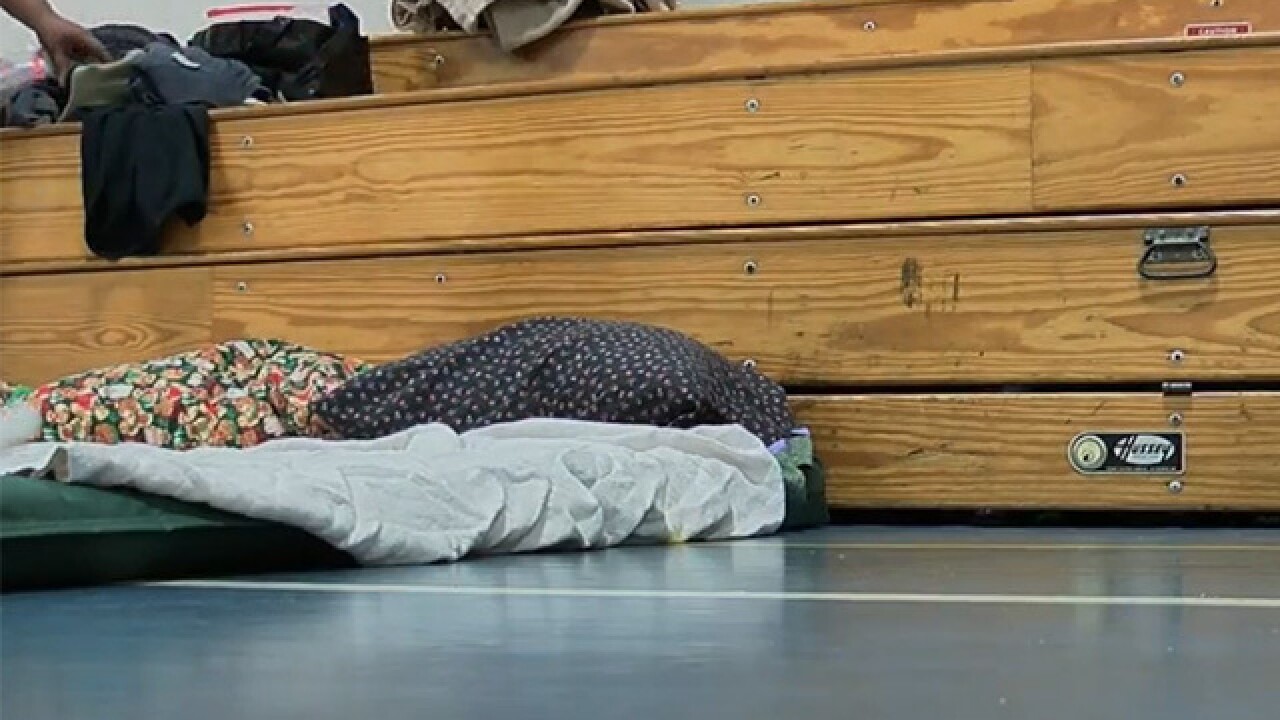 We have an important follow-up, regarding women and children in crisis in Cleveland.

The City Mission operates an emergency overflow shelter because all the family shelters in the city are currently full. It opened in September 2016. The first month they provided 71 nights of sleep for women and children. Fast forward to October 2017, they provided more than 900. Below is a chart of the numbers provided to date.

Wednesday, November 10 the City Mission says its largest group yet slept on the gym floor: 17 mothers and 52 children.

"Never; I would've never thought I'd be in the place I am right now," said LaShawnda.

She has three children and has been at the emergency overflow shelter for a week.

Every woman's story is unique, but so many tell me they simply have no safety net. No one to turn to for help.

"I want to cry every day, all day, but I have to be strong for my children," she said.

The City Mission opened the emergency overflow shelter so the families would at least have a safe place to sleep, but the shelter is only open at night and they must leave during the day.

"This is not an acceptable solution, but if this is the solution, and maybe it is, then let's make some accommodations for them so that at least they're being treated in a way that provides some dignity," said Rich Trickel, City Mission CEO.

The Cleveland/Cuyahoga County Office of Homeless Services contracts with an organization called FrontLine to operate Coordinated Intake, which serves the newly homeless. Mothers check-in daily to get their name on a waitlist for one of the family shelters. There is limited overflow at those shelters, but for the past year it hasn't been enough.

That is why the City Mission opened its gym.

Starting this week, a welcomed improvement - the mothers in emergency overflow will now have access to a case manager.

FrontLine says it's reassigned staff and is hiring an additional employee to begin connecting the women to services.

"Somebody needs to react and respond to what I am saying is happening in the gym and what are you going to do about it,” said Trickel. “No one is talking about that yet!"

"Everybody in the system is working really hard so that the length of time they're in overflow is as short as possible," said Ruth Gillette, manager of the Office of Homeless Services.

Gillette said they never turn anyone away. She said they’re grateful to the City Mission and are working to find accommodations outside the mission’s gym.

"We're trying to find another partner that has a better facility, a more comfortable facility, for those families," said Gillette.

However, she wouldn’t provide details or a timeline for when it may open.

Gillette said they believe the numbers will go down, “because as we serve families more quickly the need for the overflow will decline,” she said.

She said they do that in part with Rapid Rehousing. It is a HUD program that she said provides a family in shelter with a security deposit and four months of rent for a unit inspected to meet federal standards. She said additional rent subsidies are available after the four months if needed.

"So, the goal is to not have families come back into shelter,” said Gillette.

FrontLine said they're also working to partner with day care programs to allow mothers in overflow to use their services free of charge. They said it would likely be a voucher program. So, the moms would have somewhere to take their children during the day.

The demand for affordable housing here is great. According to the Cuyahoga Metropolitan Housing Authority, there are 20,648 people currently on the waiting list for public housing in Cuyahoga County.

Some will wait for years.

There is also the Housing Choice Voucher Program, formerly known as Section 8. They told me 51,000 people applied for 10,000 spots when the lottery last opened in 2015. They said it'll open again early next year.

"I needed to give back, give my time,” said Tanya Watts.

She is part of an army of Clevelanders rising up to give time and donations to help at the emergency overflow shelter. Watts volunteers a few hours a night once a week. As a mom herself, she said she felt compelled to help.

"Every time I talk about this with somebody they all say the same thing: We had no idea this was going on in Cleveland and we cannot believe it,” said Trickel.

“The City works in conjunction with the Office of Homeless Services and providers to help ensure that the case management services are in place to help move families out of shelters and into housing, which we believe will take the pressure off the overflow shelters. Additionally, since 2006, the City of Cleveland has invested more than $23 million in Emergency Solutions Grant and Community Development Block Grant (CDBG) funding to address homelessness within Cleveland. And since 1993, Cuyahoga County Levy funding for emergency shelter beds has gone from $120,000 to over $5 million annually, increasing the supply of emergency shelter beds by over 700 beds.”

The City Mission will host a community meeting Saturday, Nov. 11, to discuss the emergency overflow situation. All are welcome. It will be from 9-11 a.m. at the MRA building located at 5310 Carnegie Avenue.

To find out what donations the emergency overflow shelter needs, or to sign-up to volunteer or bring a home-cooked meal, click here. They say the urgent need is underwear for women and children, diapers, clothing kits and personal hygiene items like hand sanitizer, toothbrushes and toothpaste.