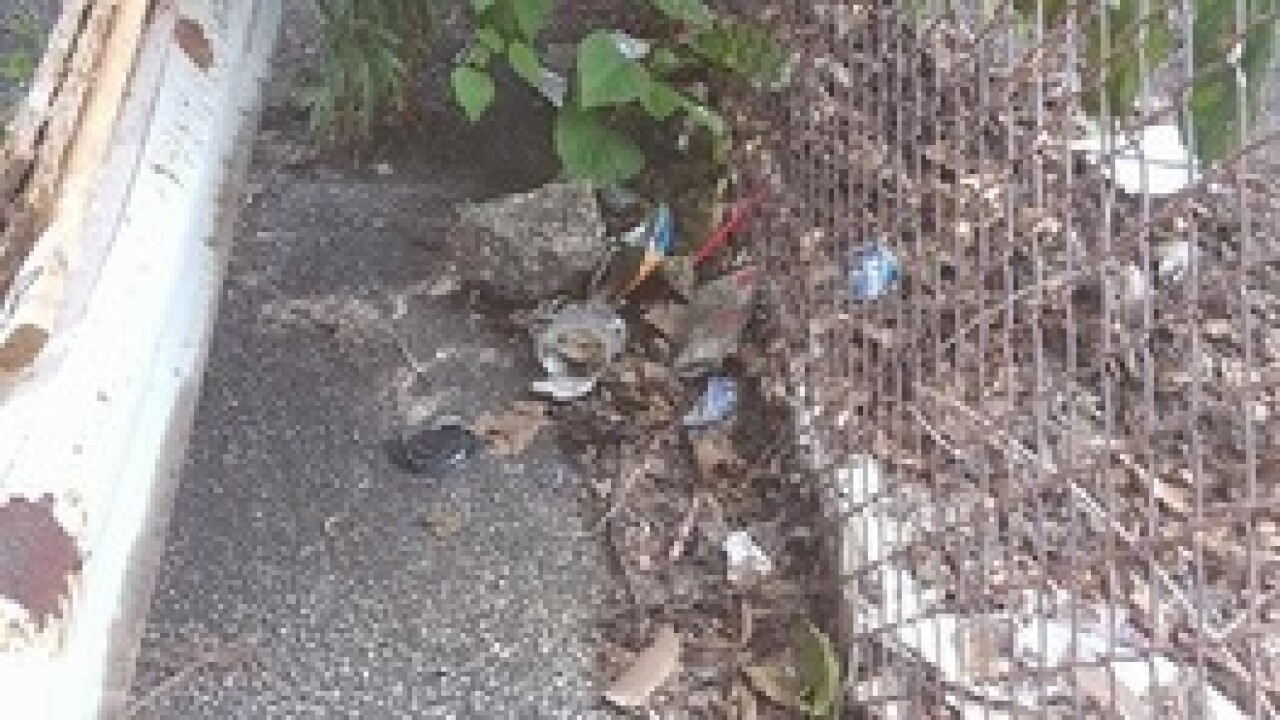 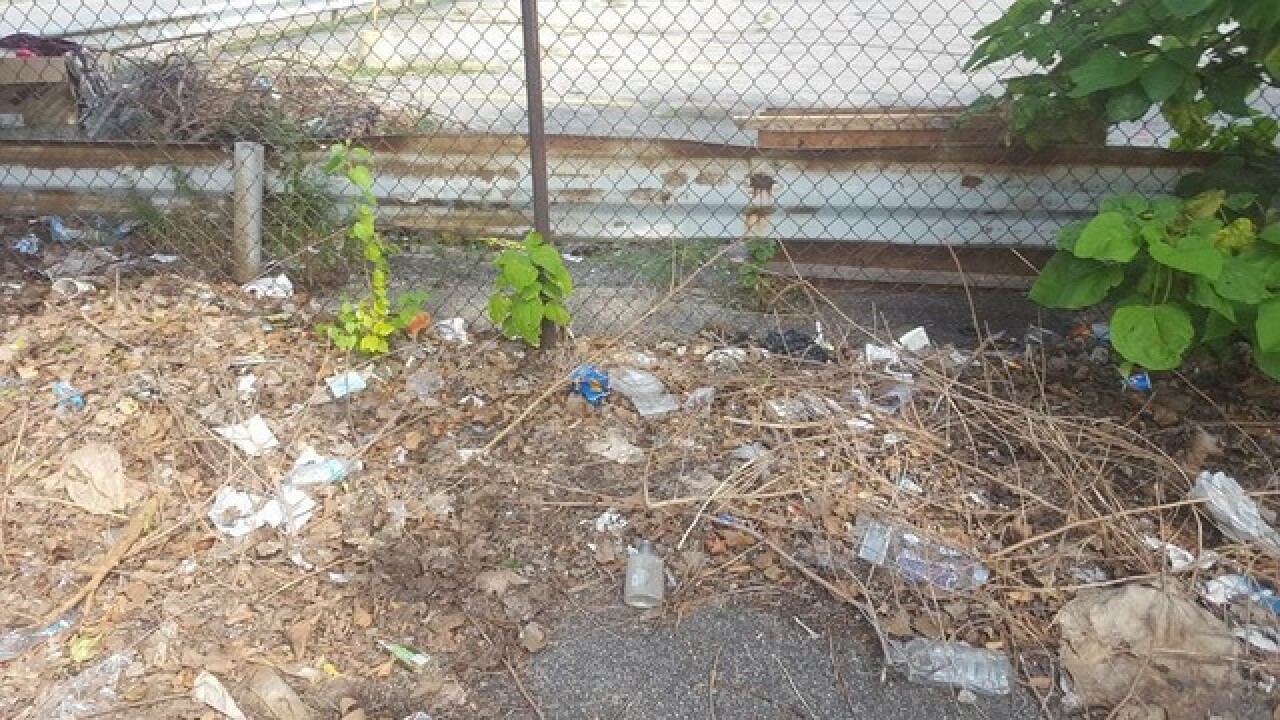 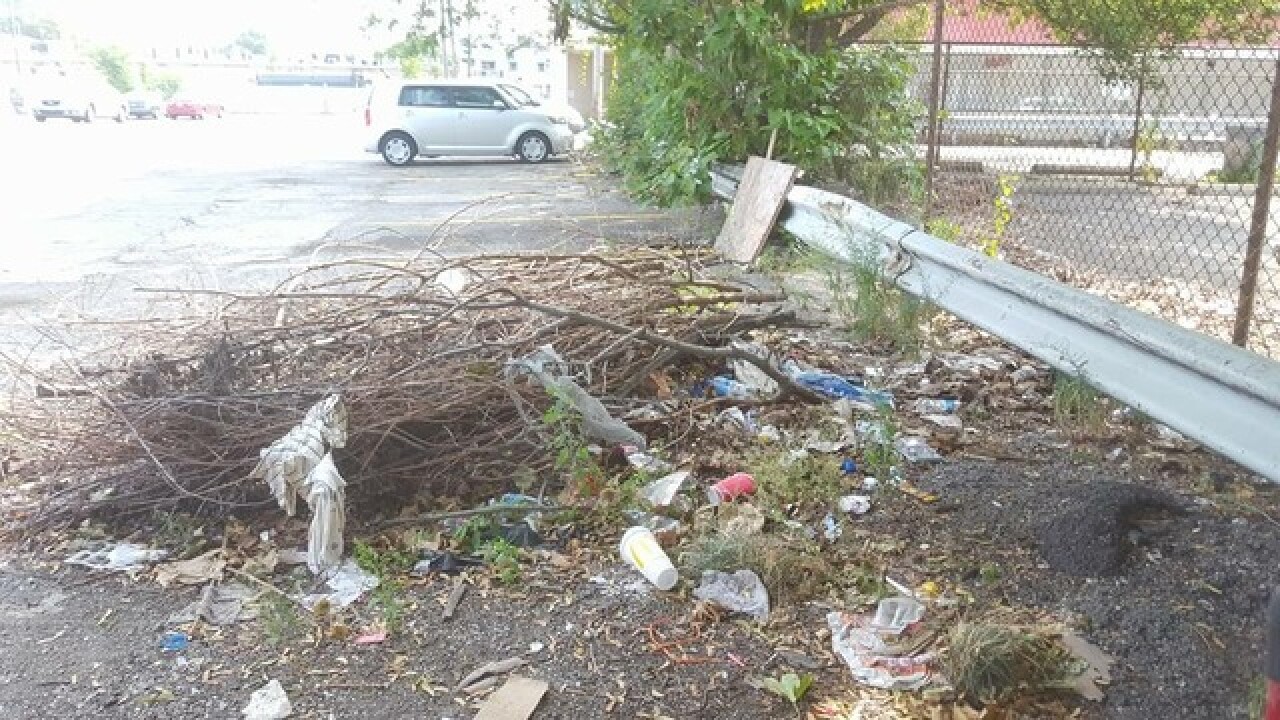 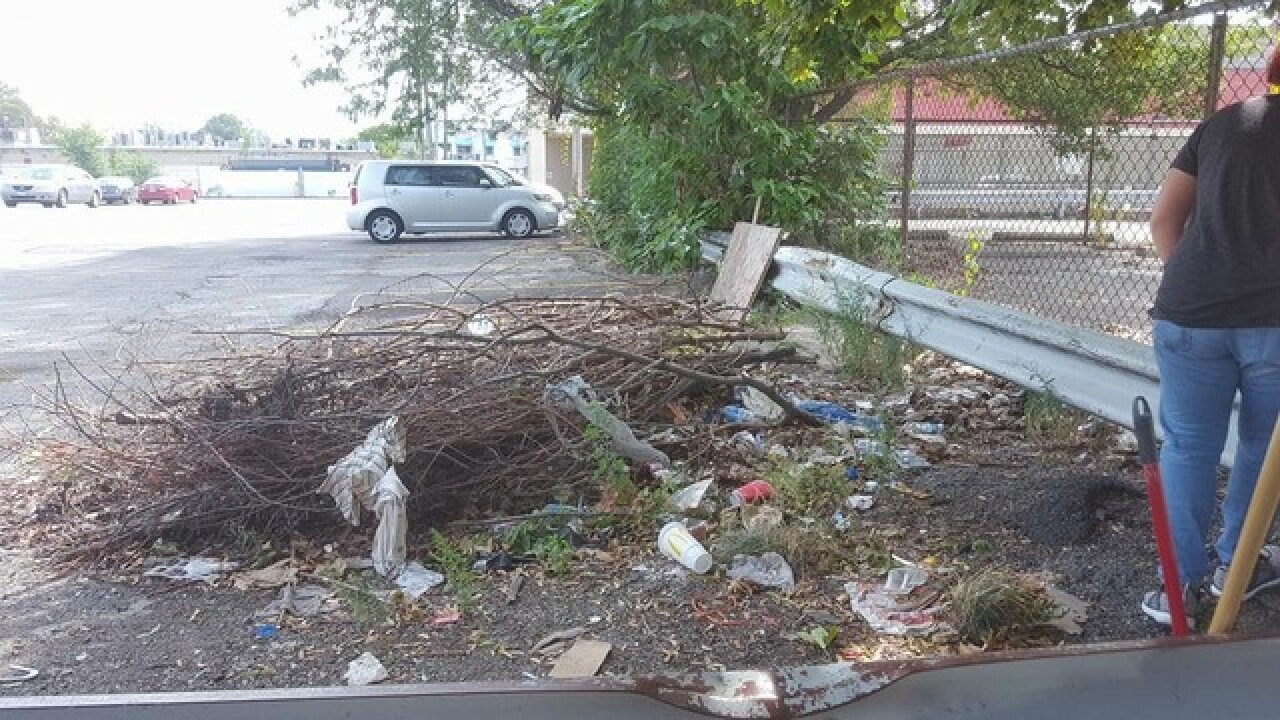 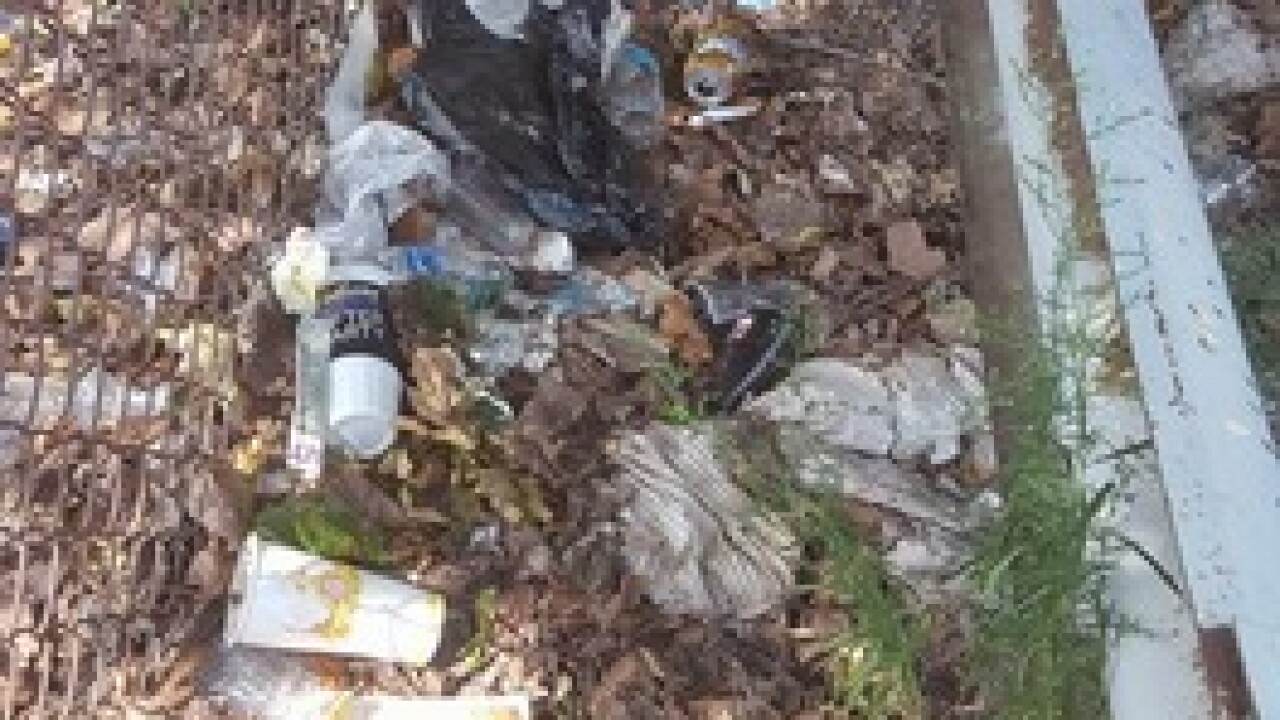 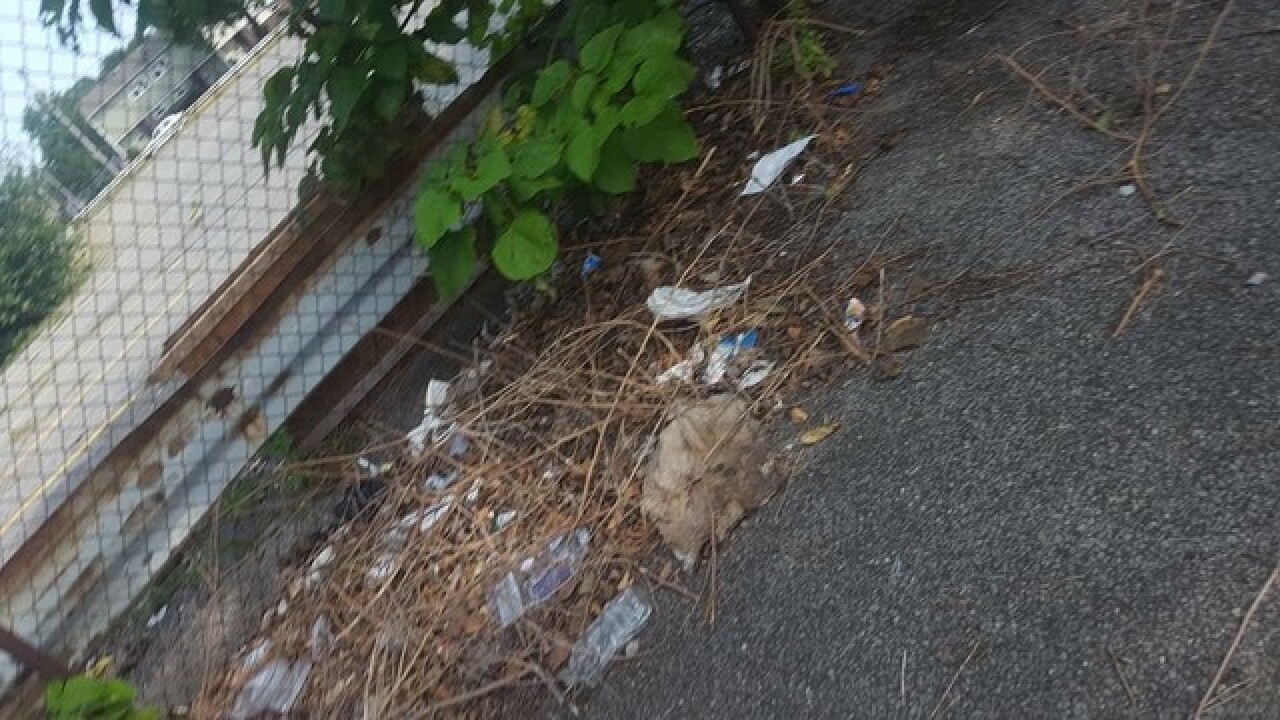 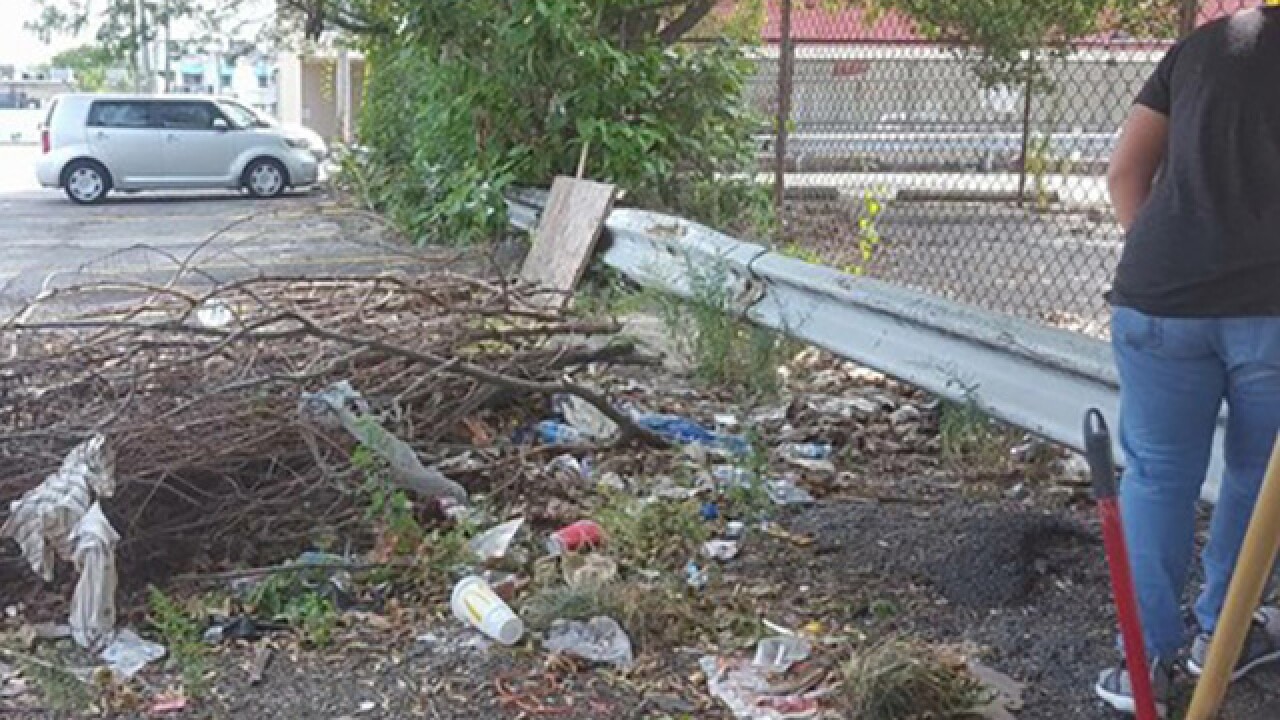 Needles, tires and piles of trash are all collecting in corners of a Family Dollar parking lot in Cleveland.

The Clark Fulton neighborhood on Cleveland’s West Side has worked hard to reinvent itself and cleanup its image. The problem though is that a Family Dollar there hasn’t cleaned up its parking lot.

“We believe that if we maintain these properties, it’ll deter the crime,” said Selina Pagan.

Pagan’s family owns businesses along Clark Avenue. You can imagine how upset she was when she came across piles of trash in the Family Dollar parking lot, during a community clean-up Sunday.

“We were so disheartened to find so many needles and garbage and debris,” she said.

She posted a video of the trash to Facebook, hoping it would stir some reaction.

“For small businesses, they get someone out to cleanup, you know, they try. But for a high grossing business like Family Dollar, it’s a shame!” she said.

“Garbage travels and it flies into their property and so forth so it creates a challenge for everybody else to keep their properties clean,” said Jenice Contreras, the Executive Director of the Hispanic Business Center and Chamber of Commerce.

Piles of garbage in the parking lot have been an issue for months, according to Contreras. Not to mention, the problem isn’t isolated. Garbage often blows from the parking lot to nearby storefronts.

This isn’t the first time this has been an issue. Court documents show the Clark-Fulton store has had health violations previously and last year, had to pay hundreds in health code fines.

The CDC got involved this time around after community members complained of finding syringes in piles of garbage.

“It has a trickledown effect, people are less likely to throw garbage or to litter in areas that you see are being maintained and so as a community, we’re trying to build no tolerance to that type of behavior,” said Contreras.

Family Dollar doesn’t own the parking lot, but they do lease it and Contreras says as a part of their lease agreement, it’s their responsibility to keep it clean.

“It’s a lot of property and it’s a consistent issue, a chronic issue,” she said.

After Pagan posted images to Facebook, Family Dollar employees, Pagan says, cleaned up some of the parking lot. But garbage still remains. News 5 reached out to Family Dollar headquarters but never received a response.