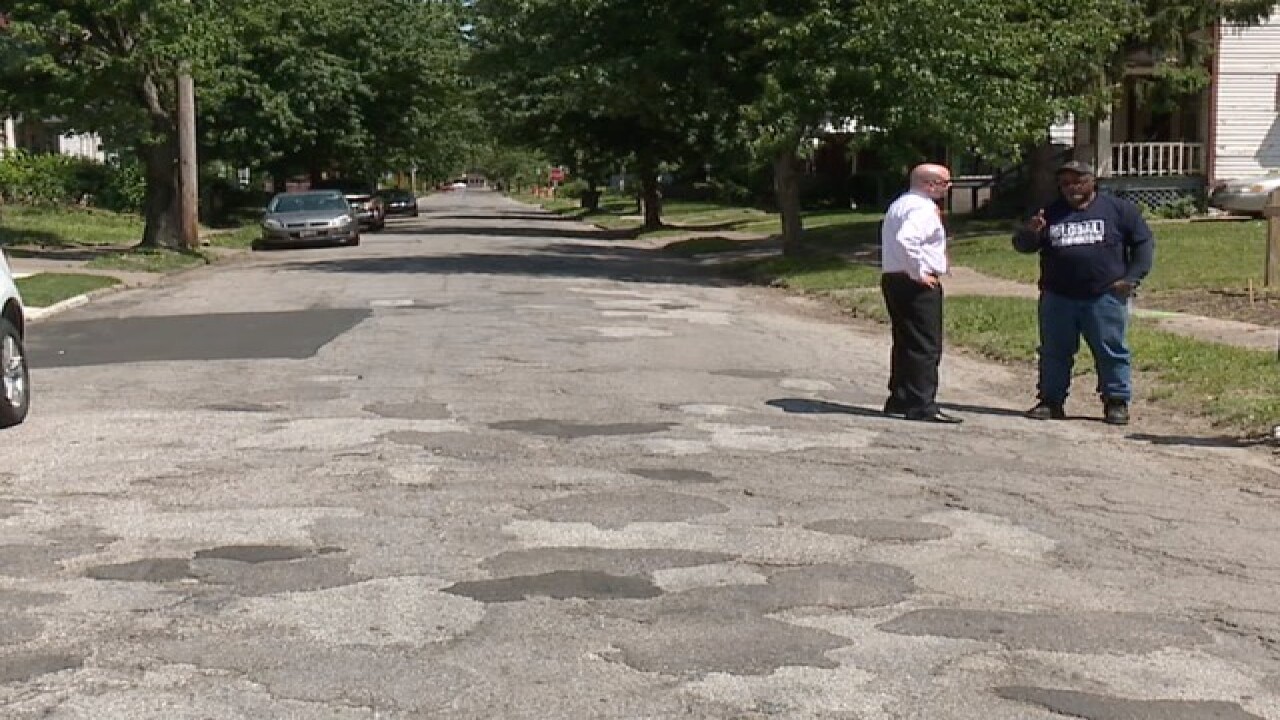 In our ongoing investigation "Broken Roads, Broken System" that dives into problems with Cleveland streets, we found a man who's very passionate about the streets system.

"My family moved here in 1947,” said Terry McNeil, who has his roots in Cleveland. He just wishes his street — East 84th Street — didn't look like roots were growing underneath it.

"The idea is to get the neighborhood to 100 percent, that's what I want to do," he said.

McNeil told News 5 he's been gathering up research on better street repairs, going to public meetings and reaching out to city leaders to get more streets done in a better way.

RELATED: Cleveland residents wonder why streets in good condition are getting repaved this summer

"Of course, I went through the proper channels because I didn't want to ruffle any feathers but that didn't work,” he told us.

So he started a Facebook page called “Fix Our Streets 216”, which now has more than 1,400 likes from people who share McNeil's frustration with the city.

"They're local government," McNeil said. "They can do what I do. They can sit down at the computer one, two hours out of the day and find out how to do the job better."

Eager to tell city leaders about his research and bad streets just like his own, which is complete with metal plate, McNeil took to Twitter, tweeting at Mayor Frank Jackson. The mayor's response? He blocked McNeil, not once, but on two Twitter accounts.

"I took it as a cop out,” McNeil said. “All he had to do is reply. I mean, it's not like I was belligerent or causing trouble. I'm uploading pictures and videos of the streets [and] what I see every day."

The root of McNeil's passion comes from a promise he made a day before his grandfather died in 2015.

"That conversation was about fixing the house and fixing the neighborhood,” McNeil said. “Because he knew I knew how to get it done.”

We reached out to campaign leaders and have not heard back yet.