If not for a high school technical program that introduced Matt Schauer to the manufacturing industry, the 25-year-old might have never ended up at Fredon Corporation, operating a machine as big as a room in your house.

If not for a high school technical program that introduced Matt Schauer to the manufacturing industry, the 25-year-old might have never ended up at Fredon Corporation, operating a machine as big as a room in your house.

"That [internship] gave me the basic know-how and then I learned more once I got here," said Schauer. "There was so much more to learn." 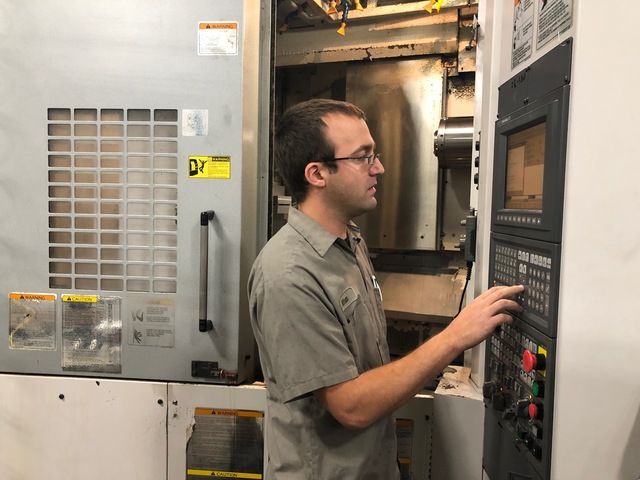 Matt Schauer programs a machine in the Fredon Corporation facility. He got two associate degrees after interning at Fredon in high school.

Schauer and the machine turn mostly untouched blocks of metal into intricate pieces used in all kinds of industries.

"They started me out doing the little things and I slowly moved up," said Schauer. "Now I'm on this big machine here." 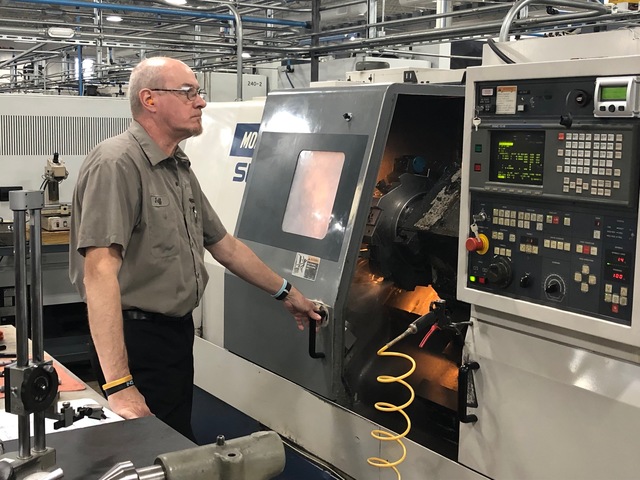 The manufacturing industry is getting older and Fredon owner Roger Sustar says he has to work hard to find the young workers to replace the retirees.

"We've convinced every mother in America that their children have to go to college to be successful," said Sustar. 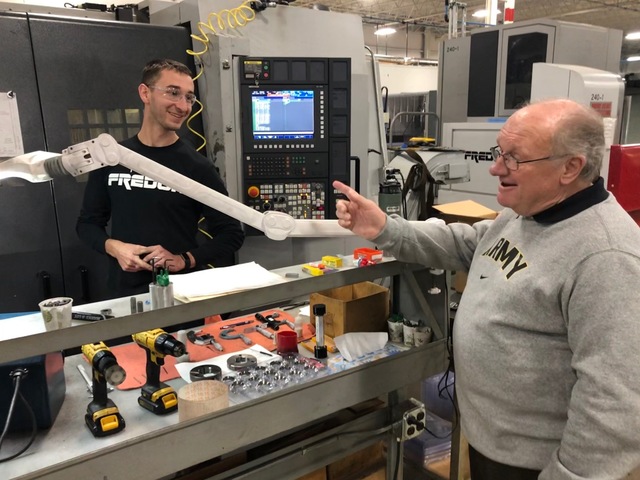 Roger Sustar speaks with a younger member of his company.

"There's this tremendous transfer of knowledge that needs to happen but we don't have the people to get it done," said Vector Technical Inc. President Tim Bleich. Vector is a manufacturing industry recruiting company.

Sustar and Bleich generally agree with a report from the Federal Reserve Bank of Cleveland saying that wages for workers like Schauer are going up because there aren't many people like him with the proper skill set.

Companies like Fredon Corporation need workers because Sustar says business is booming. Over the last 16 months, Sustar tells News 5 the orders coming in have outpaced the products getting shipped out, meaning there's constantly more work to do.

"Everybody is seeing a big upswing in work and that work is causing us to try to keep things moving," said Sustar. 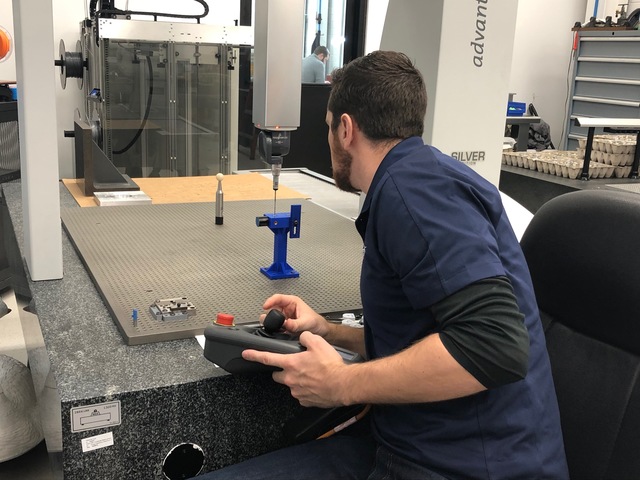 Fredon Corporation has already been thinking outside the box, running programs to get high school students into the factory and showing them that they could work in manufacturing. 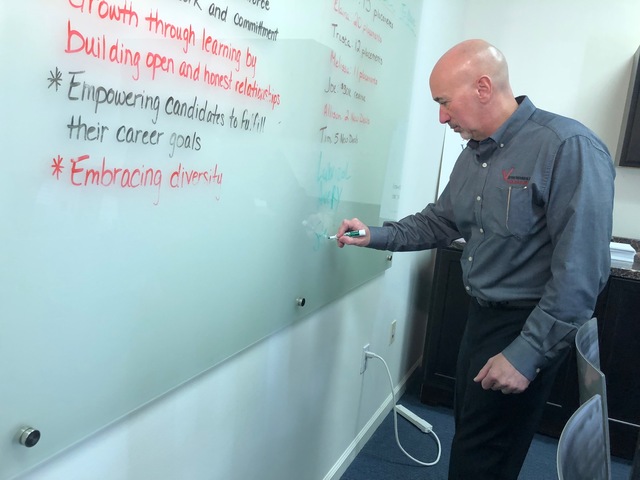 Timothy Bleich writes on a conference room board at Vector Technical Inc.

It also means convincing parents that manufacturing jobs are different from what they might think.

"It's not the dirty factory that everybody thinks of," said Bleich.

Bleich says he's seeing wages for the most basic entry level jobs bring in $30,000 a year before overtime, and it usually isn't long before workers can obtain larger salaries. 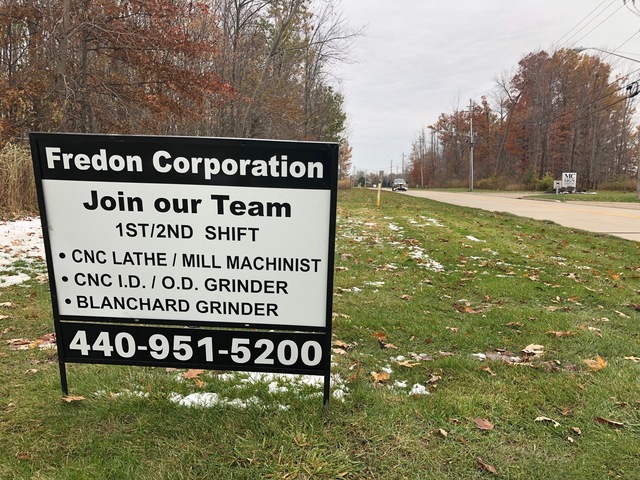 Sustar says these signs outside Fredon Corporation often attract workers from nearby manufacturing companies looking for a job with better pay.

Sustar and Bleich also say they see more workers leaving their jobs because they are confident they can find a good job nearby, paying them just as much if not more.

"Once they learn a skill, there is nobody in the world that can take that way from you, nobody," said Sustar.