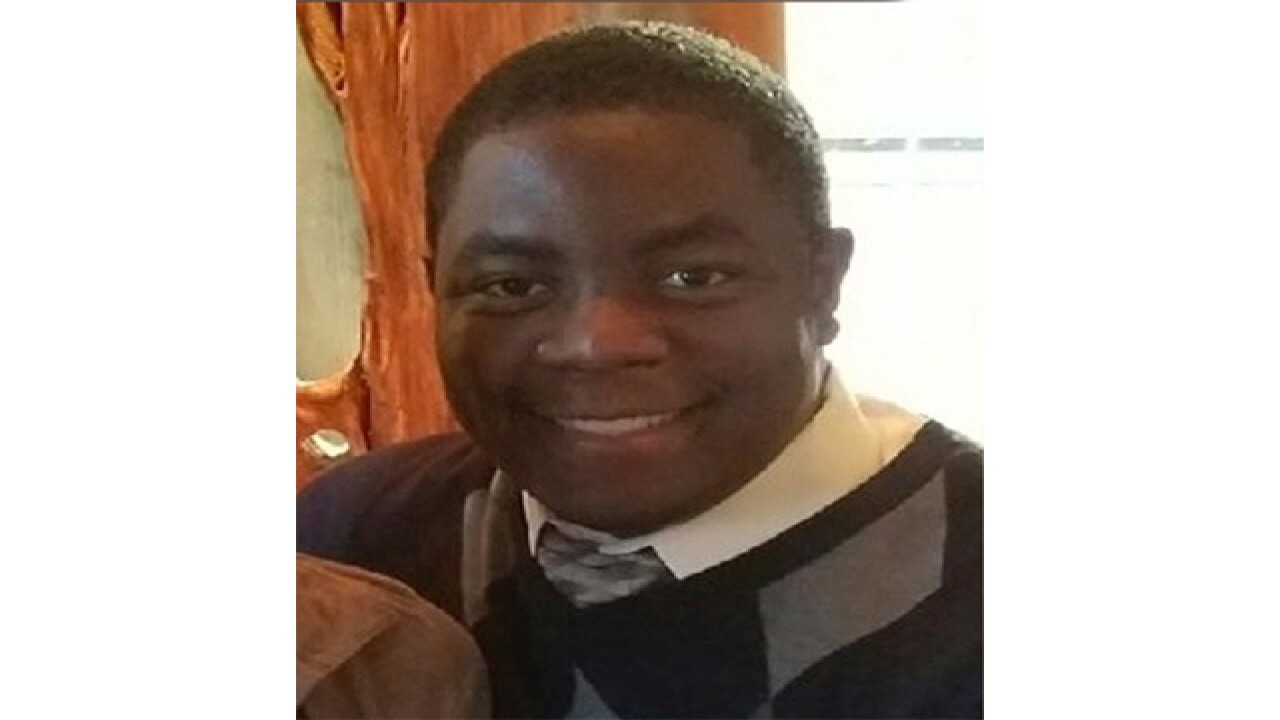 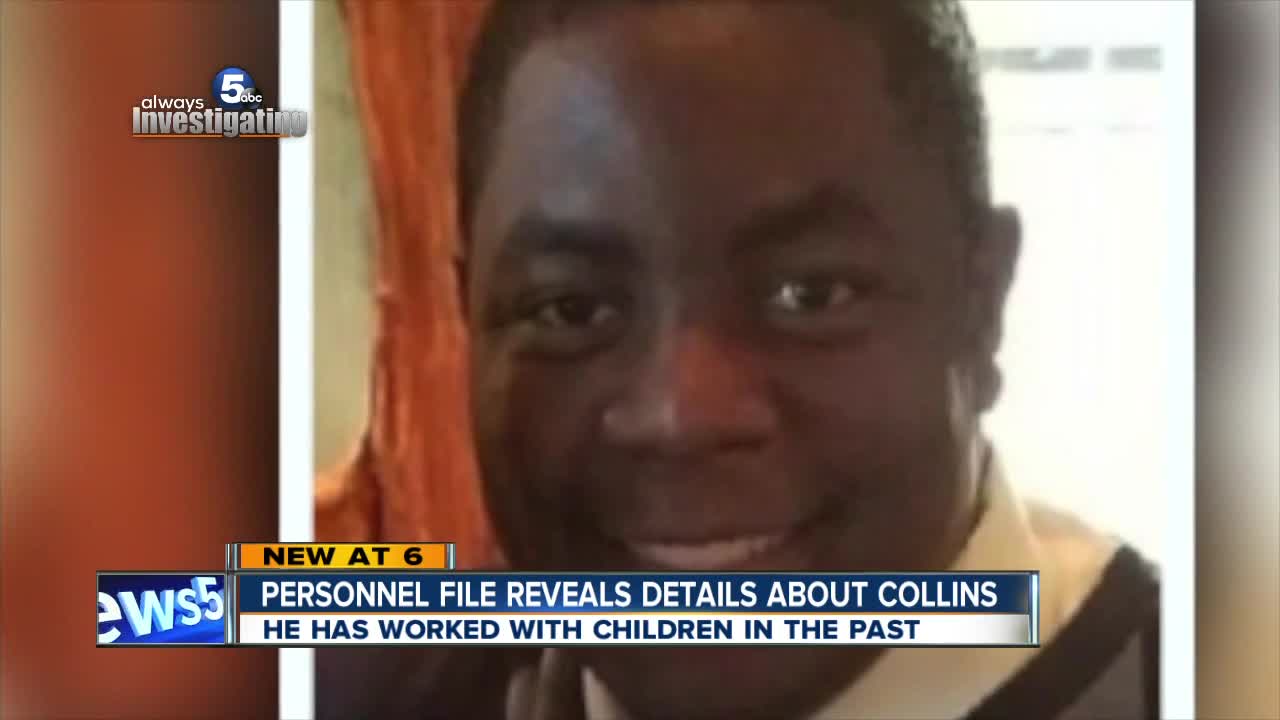 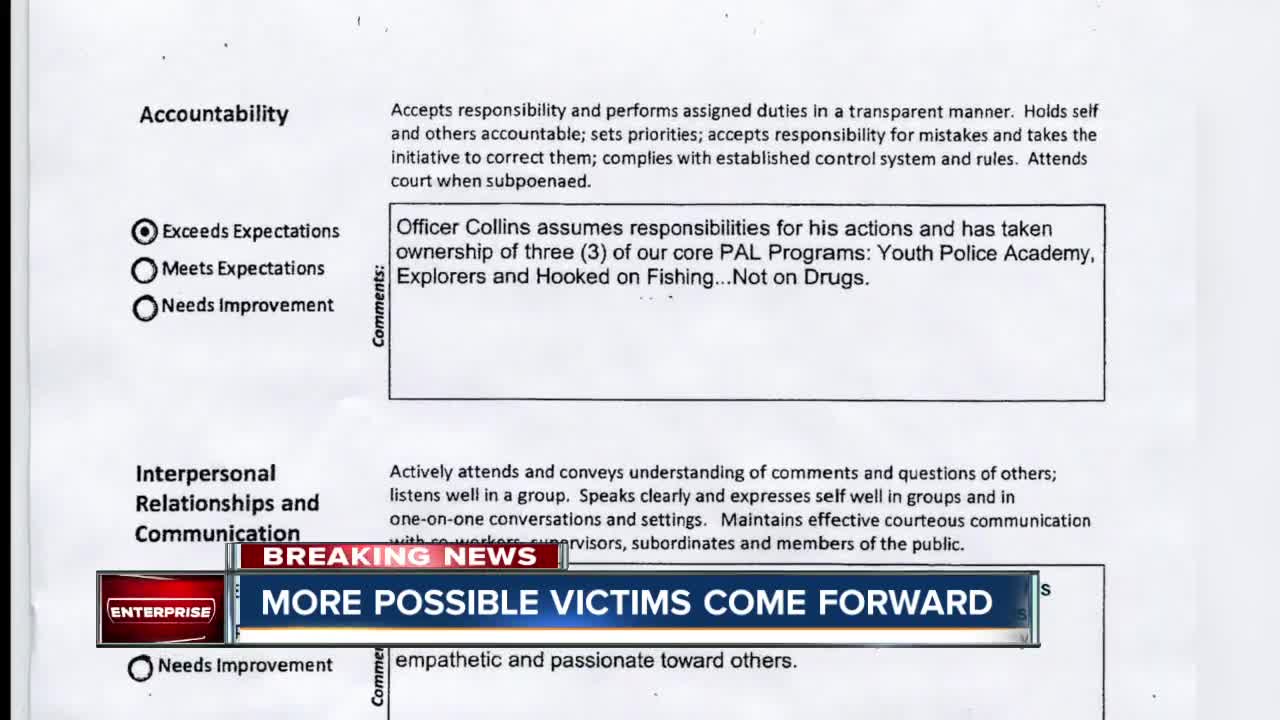 Collins has already been indicted on several sexual offenses related to five teens he mentored in the police department's "explorers" program. News 5 is learning that the possible victims may also have been in the explorers program.

Officer Christopher Collins has pled not guilty to the charges brought against him by a Cuyahoga County grand jury.

Collins was an advisor of the CMHA police explorers program. The program is part of a nationwide organization, made up of local chapters, run by a Boy Scouts of America subsidiary called Learning for Life. Such programs are designed to teach teens and young adults about careers early on. But Collins is accused of taking advantage of five of his participants. The participants are called explorers.

In Collins' 414-page personnel file, News 5 learned that the 26-year-old man was also an advisor to the Youth Police Academy and a program called "Hooked on Fishing, Not on Drugs."

In his own words on a pre-employment interview form, Collins said that "working with the children is a way for me to relax, let my guard down and just open up."

Prior to joining CMHA's police department in 2013, Collins worked with kids at the Lexington-Bell community center in Cleveland's Hough neighborhood. As a teen, he was an explorer in the Cleveland police explorers program.

He also worked as an officer at the Highland Hills police department.

Collins received positive annual reviews from his boss John Smiddy who is listed as the CMHA police explorers leader on the Boy Scouts of America website. News 5 tried to reach Smiddy for comment but could not.

In 2014, Collins completed a 16-hour course through the Cleveland Police Academy called "Sexual Deviance in the New Millennium."

However in August of 2016, Collins' police supervisors issued him a written reprimand for the minor injuries that his K9 sustained outside of his Garfield Heights residence. Those supervisors also demoted Collins and took him out of the K9 unit.

The documents explain that his K9 named "Kuper" was struck by a car because he was running in the middle of the street off leash. In the midst of the investigation, neighbors told CMHA police that Kuper was off leash often or tied to a utility pole in a shared backyard for hours in the heat of the summer. He had no shade. Neighbors also said Kuper rarely appeared to have adequate water and told police that they had reached out to their council member and the Animal Protection League about the issue but no one was assisting them.