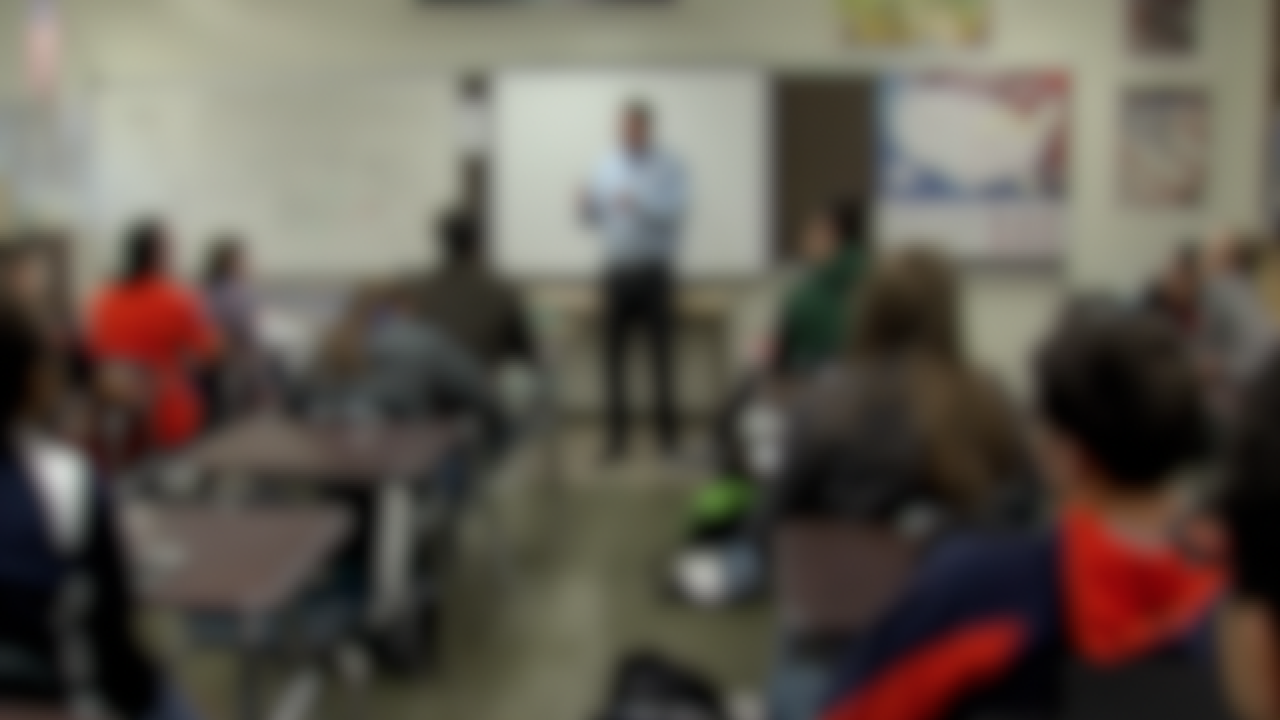 According to the CDC, more high school students in Cleveland are attempting to take their own lives, than in any other American city.

Two out of every ten high school student enrolled in Cleveland Metropolitan Schools, according to the CDC, tried to kill themselves in 2015. Twenty percent of the CMSD high school population is suicidal; one of the highest numbers in the United States.

“It is not surprising, considering the environment in our urban setting, but it’s always alarming,” said CMSD Psychologist, Bill Stencil.

In the school district with the nation’s second-highest poverty rate and with nearly 4,000 homeless students, administrators at Cleveland Metropolitan Schools can’t say they’re surprised that the CDC reports, two out of every ten high school student there, have tried to kill themselves.

“High areas of poverty also have the stressors that go along with it, which may lend themselves to contemplating suicide, or actually attempting,” said Stencil.

School officials describe a life for many CMSD students as one consumed with unimaginable stress. For many, their only meals are eaten at school. These stressors play out in the form of depression, anxiety, and sometimes, suicide.

The CDC polled students in 19 of the largest school districts in the U.S. for their annual Youth Risk Behavior Survey.

“It’s something that we’re acutely aware of, it’s something that we work on all the time, it’s why we are so focused on providing the humanware resources, the rapid response resources,” said Matthew Linick, the CMSD Executive Director of Research and Evaluation.CMSD Executive Director of Research and Evaluation.

According to CMSD administrators, the district is doing a lot to mitigate the issue and is actually an example for other districts. A “Humanware” program, described as the hardware to take care of the student soul, has been in place for decades. It takes a tiered approach to tackling depression. Tier 1 includes the counseling services that are available to all students. Tier 2 is an intervention for those students clearly struggling with depression or anxiety, and Tier 3 is the district’s rapid response and intervention for students considering suicide.

“We have nearly 200 first responders, which includes our school psychologists, our school nurses, and our school counselors,” said Stencil.

So then why are the numbers still so high?

CMSD administrators say staggering suicide numbers have always been an issue among teens. Except today, suicide is discussed more openly and as a result, we’re all just more aware of its prevalence.

“It’s the ultimate begging for love, for acceptance that they’re not getting elsewhere in their life,” said Loree Vick, a LifeAct Trustee.

Trustees with LifeAct, like Vick, travel to schools all over Northeast Ohio to speak directly to students about the importance of saving their friends’ lives.

“The friends see it, but they don’t understand the relevance of what they’re saying,” said Vick.

Peers, Vick says, can be the ultimate lifelines, especially for teenage girls. Suicide among girls, ages 10-14, has gone up 135 percent over the last decade.

“What they’re saying is I need your help, I want someone to stop me. That’s the message they’re sending,” said Vick.

What’s most important, experts say, is that you speak up. If you think your student may be suicidal – reach out to anyone — including teachers and staff at school — and get them the help they need.

Signs of suicide can display in multiple forms, including*:

*(according to the American Association of Suicidology)