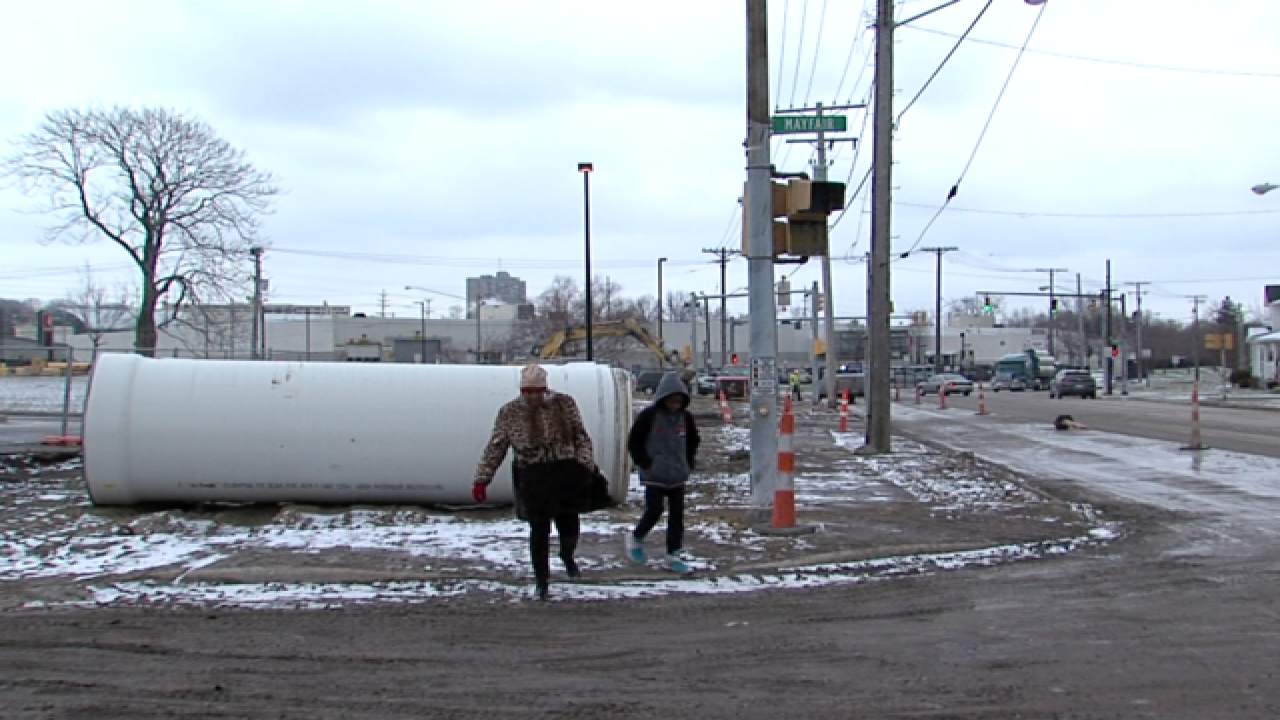 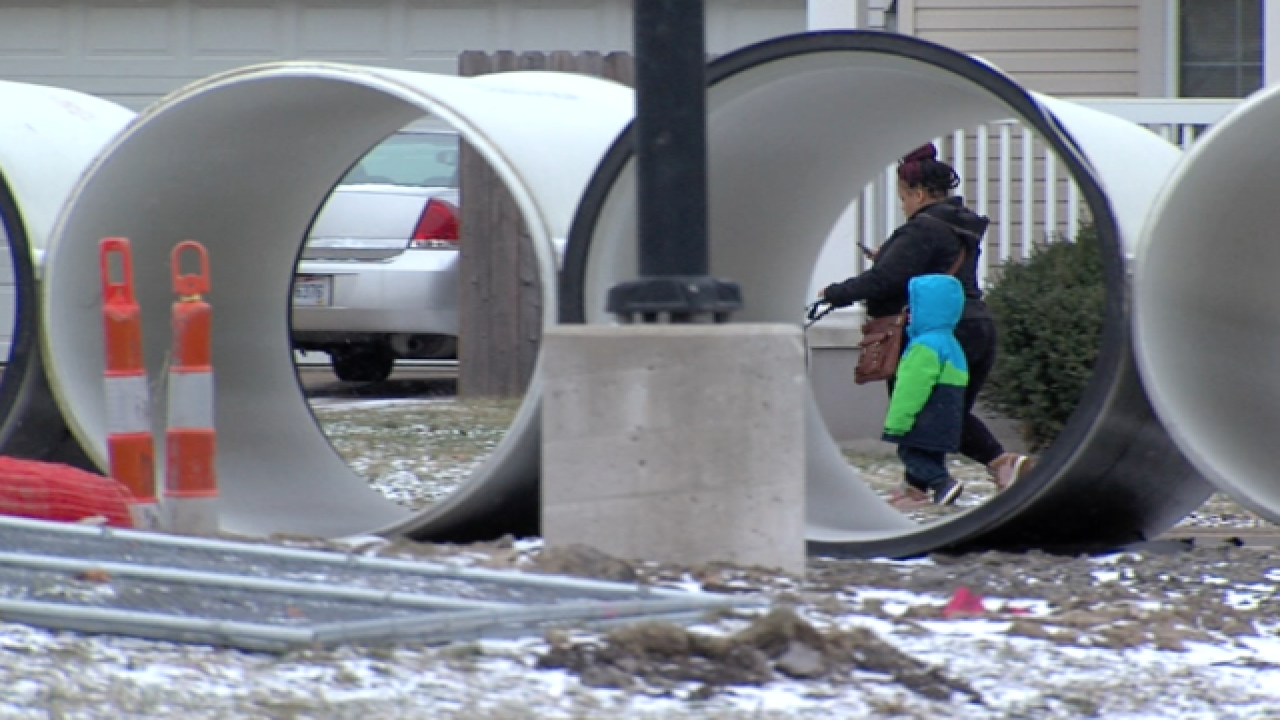 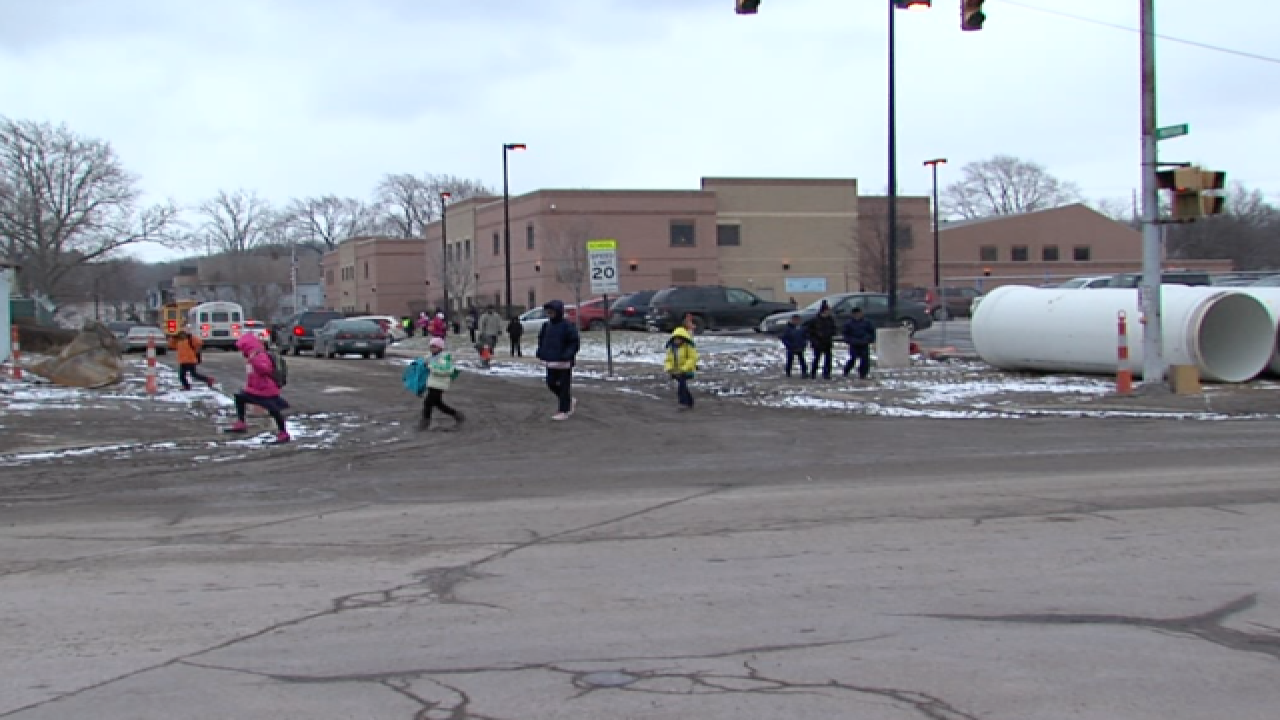 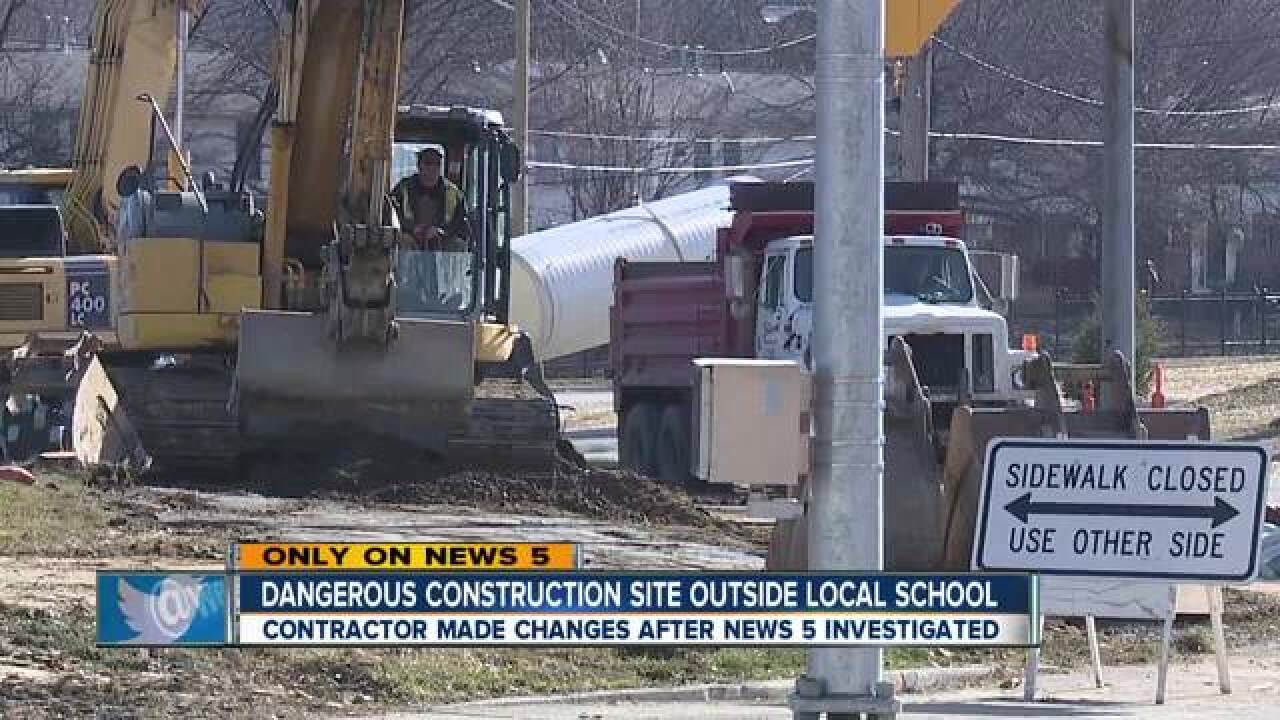 "Cars can't get through," said Christopher Jackson, an 11-year-old student at Mayfair Elementary in East Cleveland. "People can't walk through there, and it's just crazy."

Kirkland said she walks her two children to and from school every day because she is concerned for their safety due to the open construction area.

The construction, outside Mayfair Elementary on Mayfair Avenue in East Cleveland, is part of a sewer district project. Officials there said it started two weeks ago.

The project turned quickly into a treacherous trip for many with sidewalks blocked, the ground torn up and debris and equipment all over.

"People have to walk through the streets," added Jackson.

News 5 took parents' and students' concerns to the sewer district for answers.

"We hadn't heard these concerns so I'm glad we've got a second set of eyes and ears out on the street for us," said Jennifer Elting of the Northeast Ohio Regional Sewer District.

Since News 5 spoke to the sewer district, officials have made changes.

The district told News 5 Monday that they will issue a letter to stop work in the area "until the contractor complies with their own submittal (Safety Plan and other aspects of their agreement) and the requirements of the contract."

Officials said the traffic control signage had not been set up in accordance with the approved Maintenance of Traffic plan.

"Construction managers are on top of things," added Elting. "They have added additional checks and balances on this project."

"I really think they need to clean this up and wait until school is out and then come fix the streets," said Sharon Bakes, a parent of a Mayfair Elementary student.

Elting said the sewer district decided not to wait until the summer to start the project because there are many school programs at Mayfair after school lets out. And she said the school board agreed.

"We want to thank Channel 5 for bringing this to our attention," said Elting.

The project is expected to be complete next month. The East Cleveland school district did not return News 5's request for an interview.

The sewer district said they are providing security for students who walk around Mayfair. There is also a school crossing guard.

Construction resumed on Tuesday after the sewer district said the contractor agreed to follow all plans put in place.