The work that goes on inside the Justice Center touches all kind of people, from the ones who go to jail to the folks who are innocent.

The work that goes on inside the Justice Center touches all kind of people, from the ones who go to jail to the folks who are innocent.

Years ago, the justice system tried to make improvements through the Justice System Reform effort, until the judges involved decided in 2015 the process wasn't working.

"When we stepped away, we stepped away because of the concerns of it being somewhat mandated on how to do things," said Administrative Judge John Russo. 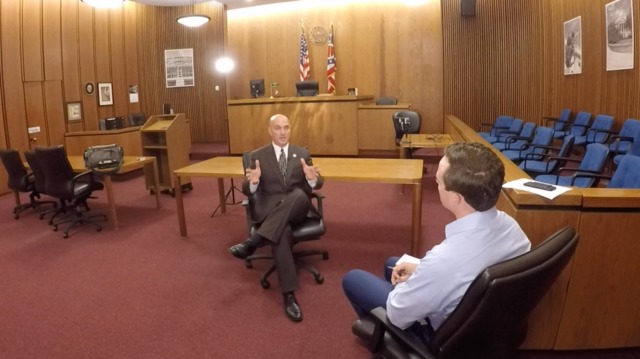 Judge Russo speaks with News 5 in Russo's courtroom at the Justice Center.

Russo sent a letter to County Executive and Justice System Reform Chair Armond Budish explaining why the judges planned to leave the JSR effort. Much of Russo's concern was around the former County Prosecutor, who Russo says made changes without the rest of the group.

Now, there's a new prosecutor and Russo says the Criminal Justice Council will be different.

"The worst thing is someone pointing a finger and saying, 'You're going to do this because we're going to tell you to do that,' and we don't want that," said Russo.

The idea is to bring anyone who has anything to do with criminal justice into the county under one roof to streamline discussions about what can be better while taking suggestions from the public.

Russo says he expects bail bonds, mental health initiatives and sharing resources in the county to be some of the first issues that come up.