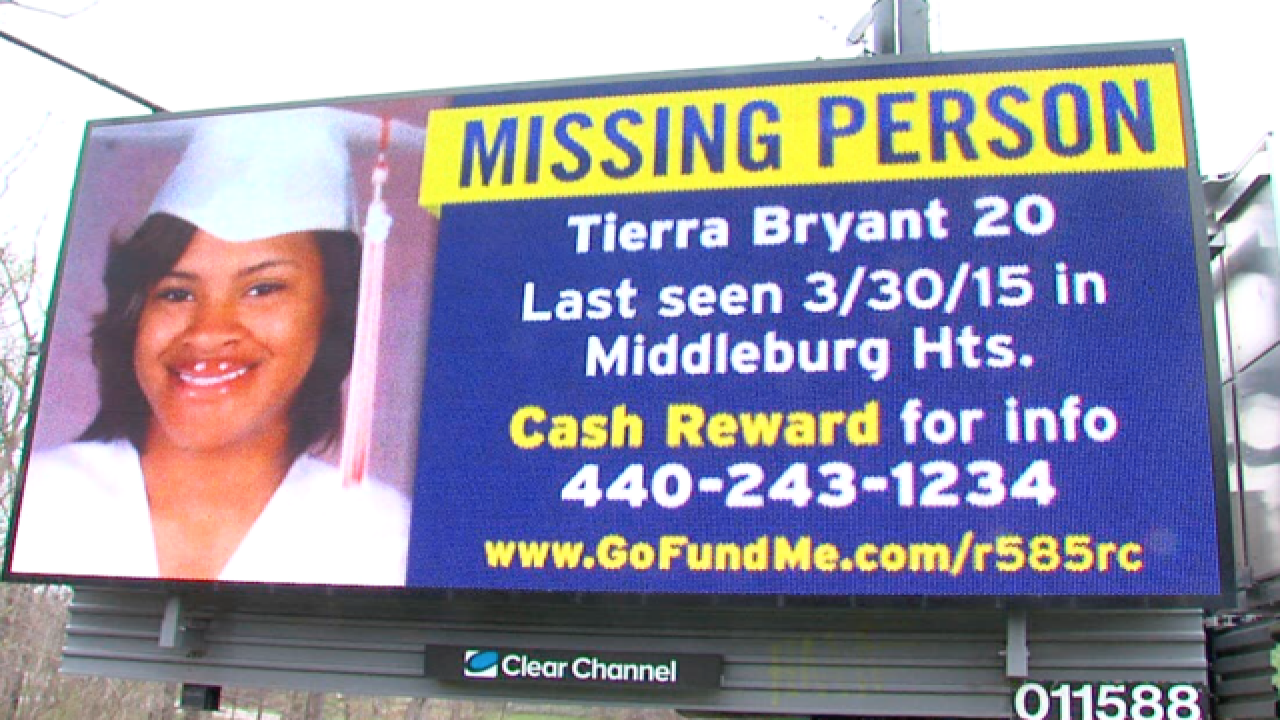 The Cuyahoga County Missing Persons unit is designed to gather information about missing individuals to assist police in their investigation, but News 5 discovered its practices may not always be living up to its promises.

"The Cuyahoga County Missing Persons Unit has been missing," said Isaac Carr whose niece Tierra Bryant vanished from Middleburg Heights nearly two years ago. "We really haven't heard anything from them at all."

O'Brien said the unit, which employs one full-time liaison, contacts family of missing persons as well as law enforcement for additional information on the case. That information is then accessible to police as part of their investigation. It does not go out and actively search for individuals.

A large part of the unit's initiative is its website. It lists the names of nearly 300 individuals missing from Cuyahoga County. It also includes a page that lists a phone number to call in tips or submit them electronically.

But when News 5 called the tip line on multiple occasions, no one picked up, and there was no opportunity to leave a message.

Our efforts to submit information electronically to the unit was successful.

"Is this unit the best use of taxpayer money?" Volk asked O'Brien. "I think it is," answered O'Brien. "I think everything we can do to bring someone home, even if it's one child, one unidentified remains, to give the family closure, those things are so important to families."

O'Brien could not tell News 5 how many cases the unit has helped solve since it launched in 2013, shortly after the three missing women were found in Ariel Castro's home on Seymour Ave.

"It's so hard to determine exactly who solved it [the case] based on tips," he added."It's all part of the larger investigation."

Carr said he would welcome help from the missing persons unit in hopes that maybe he could see Bryant again.

"We really believe that she's okay," said Carr. "We really hold on to that."