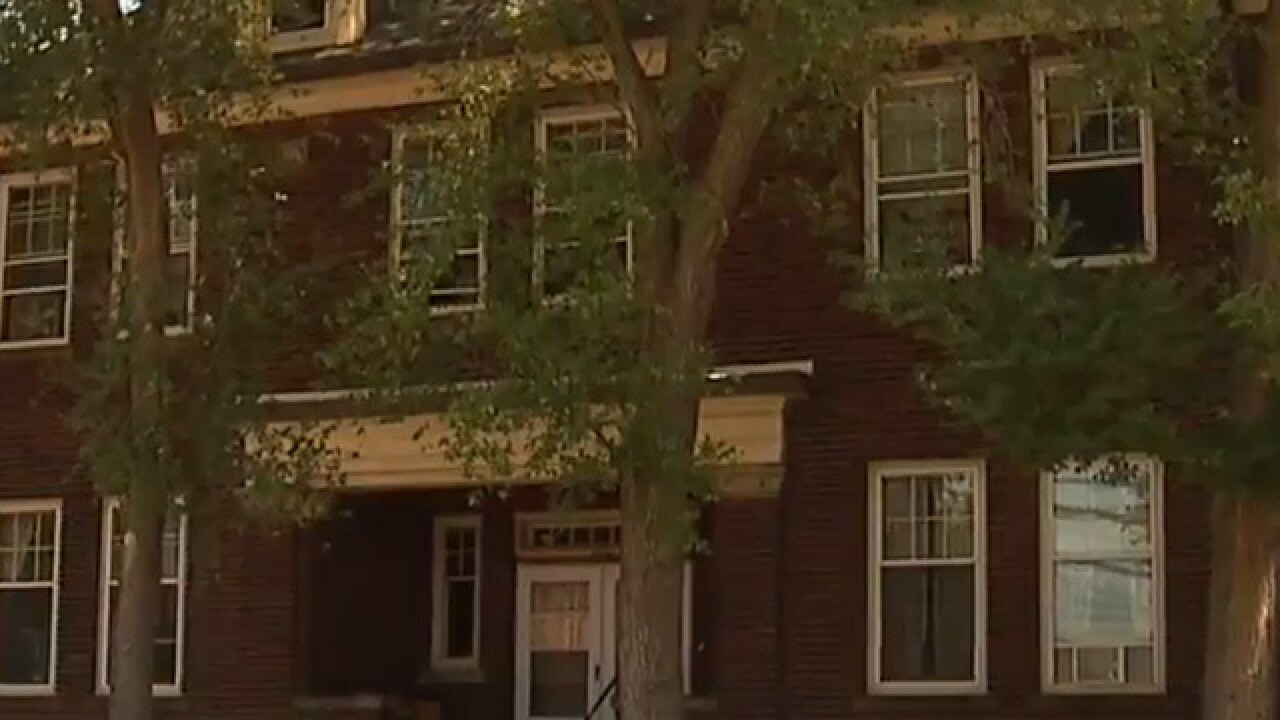 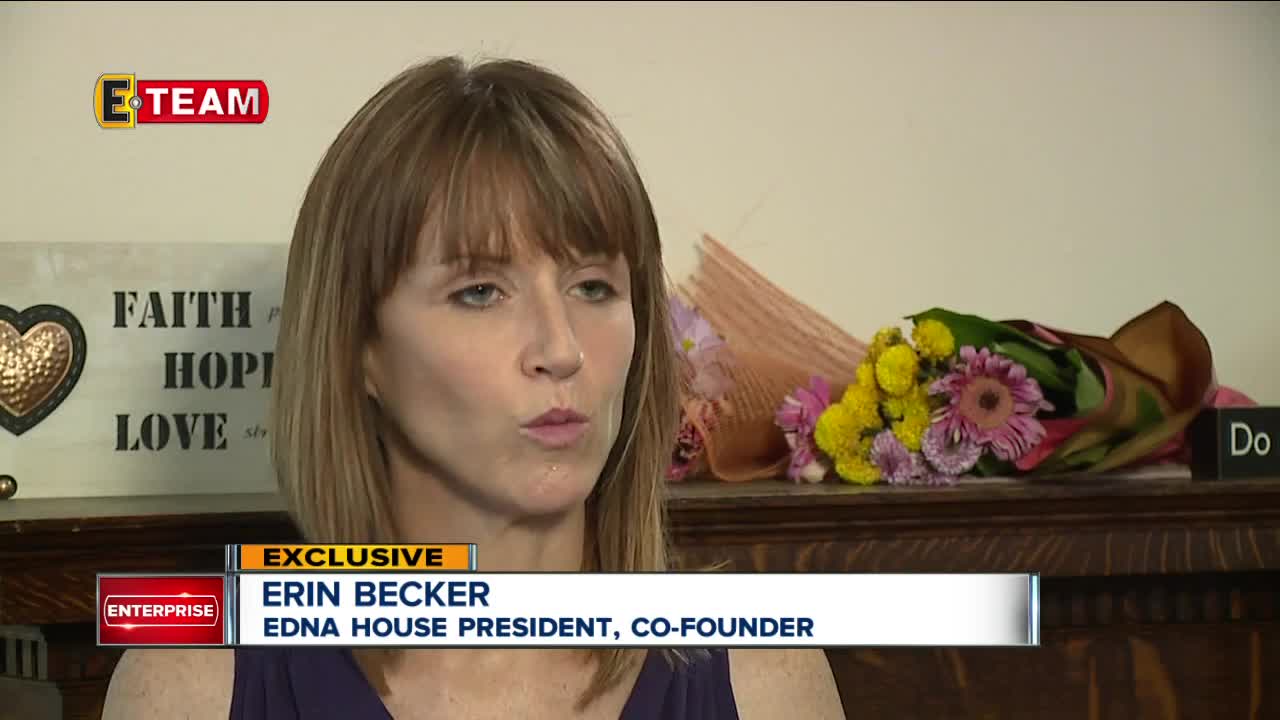 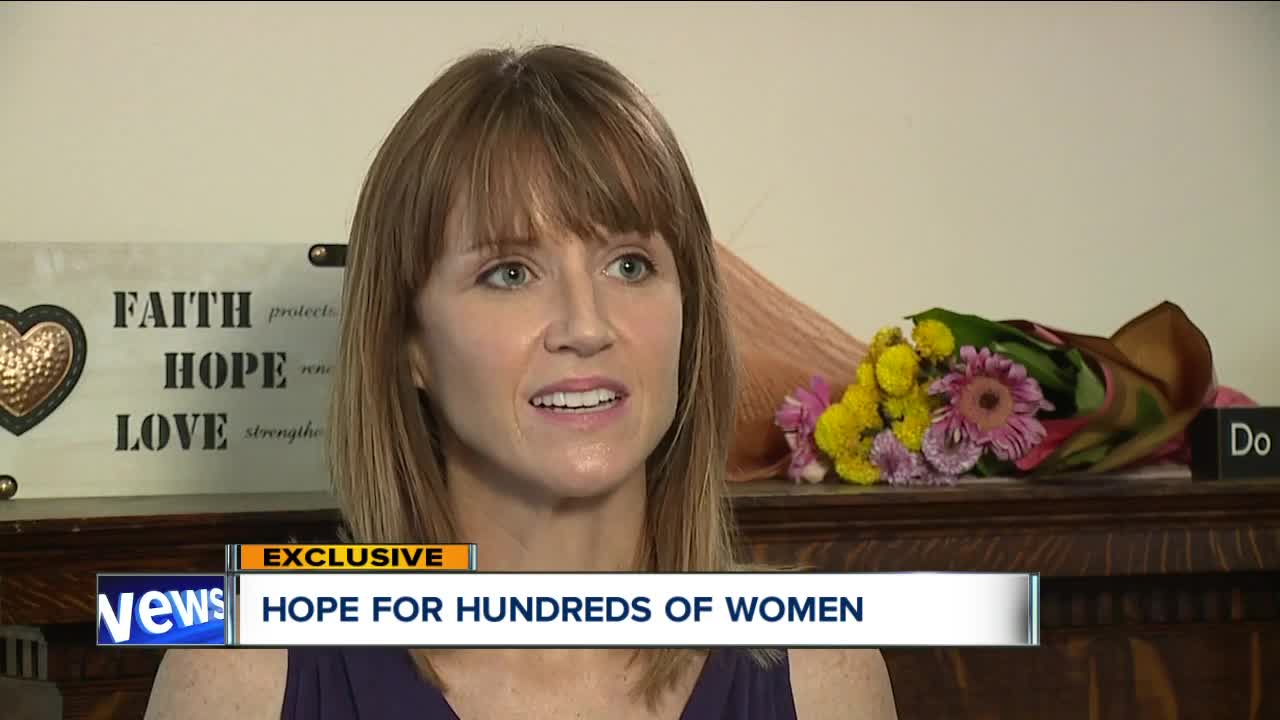 It started as a mission, a goal and a three-bedroom home. Fourteen years later, the Edna House, a sober living facility for women on Cleveland’s west side, has changed the lives of hundreds of women. The program’s co-founder, Erin Becker, and her brother, Cleveland police detective Chris Gibbons, have used their stories of achieving sobriety to help guide women get sober. Their service has earned them a nomination for a large grant that could help the Edna House expand.

Det. Gibbons is among the 16 finalists for the 2018 “Why We Serve” grant, which is administered by Aftermath, a cleaning services company that remediates crime scenes. Gibbons is the only nominee from the state of Ohio. The winning entries will be determined by public vote, which concludes on Friday.

To understand how important the nomination is for Gibbons and Becker, you have to go back to a bitterly cold, snow-filled night in November 1992.

Gibbons’ seven-year battle with alcoholism came to a crescendo in a Dayton jail cell. His clothes were soaked. He was shivering. His mind was in a dense fog.

Spiritually, mentally and physically, Gibbons was shackled to the demon at the bottom of a liquor bottle.

“How did the son of a policeman end up here?” Gibbons recalled.

The citation for public intoxication was ruined by the snow and slush; Gibbons still doesn’t know the name of the officer that arrested him. Perhaps it’s providence because Gibbons has spent the next 26 years trying to say thank you.

The officer, Gibbons said, turned out to the rough-hewn angel he needed.

A few years later – and after Gibbons followed his father’s and grandfather’s footsteps by joining the Cleveland Police Department -- Becker’s internal struggle became an external one. She too was struggling to stay sober.

“Most of my struggle was internal,” Becker said. “I just got to a point of hopelessness.”

Seeing the path laid by her older brother, Becker took the first step in the 12 steps of recovery. She’s been sober ever since.

One night, Becker and a close friend met a woman at a meeting who needed a ride home. The woman was despondent. The woman had no safe place to call home. She had little hope she could remain sober while dodging her abusive, drunken husband.

Becker and her friend knew they had to do something.


The Edna House had a humble beginning in a three-bedroom home on the far west side. In the beginning, Becker said she thought it was a crazy proposition that she and her friend would start a sober living home for women, considering their lack of formal training.

They may have thought they were crawling in the dark at first but it didn’t take long to find the light switch.

Edna House filled a void that existed in the recovery ecosystem. By catering to women who had financial hardships and lacked private insurance, the program carved a niche. It only took a couple of months for the program to move into a larger home. Not long after that, the Edna House moved into a former convent on West 65th Street.

“It started with three women. Now we have 40 women,” Becker said. “The women that come in, they see that the people that are here helping them, the staff, the woman that runs the program, we’re all in recovery. That catches their attention. Nothing is asked of them here. When they come to Edna and the only thing that is asked is, ‘do you have a willingness to work on your own recovery?’ They know something is different.”

Since its inception, the Edna House has graduated more than 300 women, ushering them into fruitful, sober lives. Many of the alumni are so ingratiated, they come back to help women currently going through the program.

“They’re almost unrecognizable when they’re done. They look so much better. They feel so much better,” Gibbons said. “You can actually see the happiness and the glow on their face whereas when they came in they were totally broken.”

Gibbons has helped the Edna House since it started; he sits on the board of directors. He also volunteers his time at many of the male halfway houses in the Cleveland area. Professionally, Gibbons serves in the police department’s Employee Assistance Unit, a small but dedicated team of officers who help counsel their fellow cop through traumatic and stressful situations that only those in law enforcement could fully understand.

Gibbons’ sobriety often comes up in those conversations, he said.

“It gives you a little credibility,” Gibbons said. “When I approach an officer or someone in the community that is struggling with it, I can say I’ve been there and I have a good life today because of my decision not to drink.”

“Several dispatchers who actually went through this house are sober to this day because of their involvement here,” Becker said.

For Gibbons and Becker, their sobriety is what bonded them. Their service to the community is what galvanized them. And those two things are what set their story apart.

Gibbons is among 16 finalists for the Aftermath ‘Why We Serve’ grant for 2018. If selected, the grant, which could be between $1000 and $5000, would help the Edna House expand in size, scope and services provided, Gibbons and Becker said. The non-profit is currently in the middle of a capital campaign to raise money in order to expand into a neighboring building that could help the program accommodate more women. Any grant is being matched by a fellow member of the board of directors, Gibbons said.

“We always like to keep that waiting list as small as possible because we don’t want anything tragic to happen while they’re waiting to get a bed,” Gibbons said. “We’ll be able to offer help to more women.”

The voting for the 2018 Why We Serve grant concludes Friday night. Click here to vote.