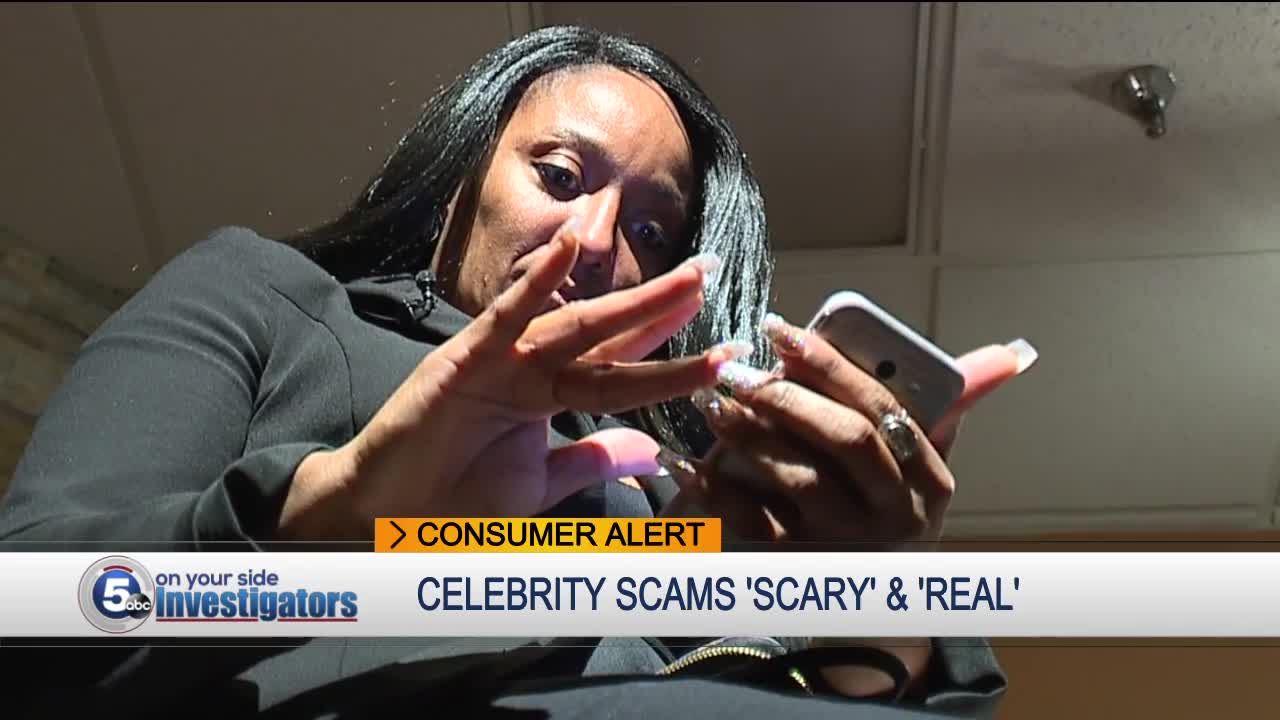 A woman from Elyria told us she's been taken for a wild, Hollywood ride after meeting real celebrities. She was fooled by criminals in a very elaborate way that, if you follow stars, you could be a victim, too. 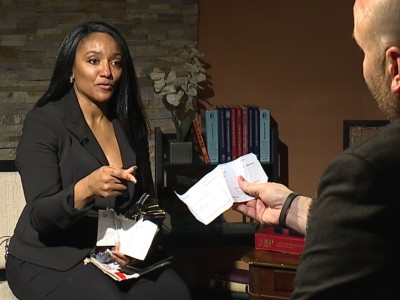 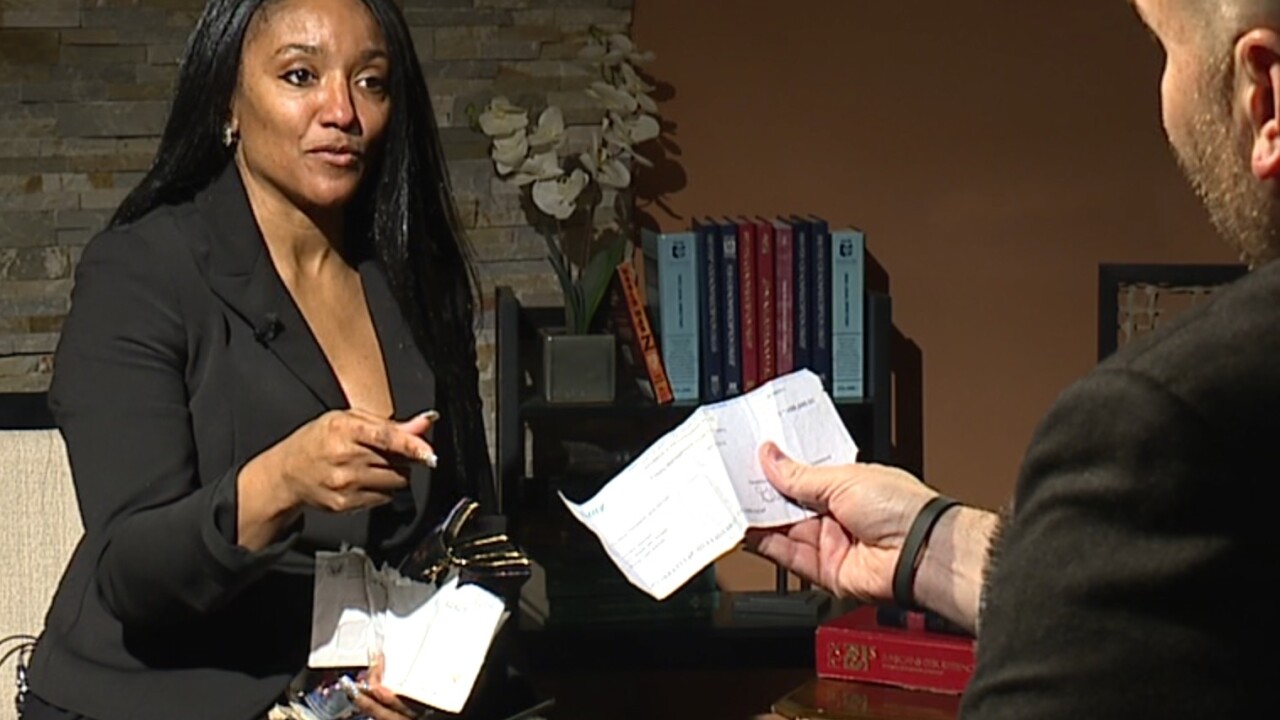 CLEVELAND — A woman from Elyria told us she's been taken for a wild Hollywood ride after meeting real celebrities. She was fooled by criminals in a very elaborate way that, if you follow stars, you could be a victim, too.

Amy Gilbert is following her passion of becoming a big-name comedian.

It was through recent shows she said she met a movie star. She doesn't want us to reveal his name, but she said the two of them had conversations face-to-face.

She was invited to New York City.

“Great! This is a chance for me to meet more people," Gilbert thought.

She kept texting and getting messages on her phone thinking she's talking to the real person. She eventually drove to NYC but ended up getting odd instructions.

"It was like this crazy ride all over New York and never getting to the place to meet the person,” she recalled.

Gilbert said, at one point, the movie star told her about the charities he supports. She got messages asking her to help him.

"I also got scammed by sending two cell phones to a vacant house in Los Angeles,” she said.

Another celebrity, Laz Alonso who starred in movies like Avatar, Detroit, and most recently Traffik, was supposedly talking with her, too. But the person sent some strange texts and an even stranger FedEx package with Alonso's name on it.

"Do you see how much that is?” Gilbert asked while handing us a massive check.

“That’s what you were supposed to take with you?” we asked.

You read that correctly. A check for nearly $500,000 was staring her in the face and supposedly a movie star wanted her to meet up with him in France.

There were all kinds of requests for money.

“I promise to send the money back as soon as possible," read Gilbert from one of the text messages.

There were aggressive pursuits for cash asking Gilbert for her routing numbers and even personal info like Facebook passwords.

Celebrity scams on the rise

There have been many hacks on celebrity phones in recent years, some with intimate photos snagged and thrown onto the internet.

We contacted Alonso's manager who told us scams are happening to celebrities all the time including his clients.

We also found stars who are battling back, too.

“This is a quick message to warn people about fake celebrity accounts," said Actor Idris Elba in a recent video on Instagram. He’s been in feature films like Avengers: Infinity War, The Mountain Between Us, and The Dark Tower.

He told fans and friends to be careful about people posing as him through apps and social media.

“Breaks my heart, man, because my name has been brought into this so many times," Elba said during the video.

Thankfully, Gilbert eventually caught on, but she worries about other potential victims especially with overseas invitations.

“They might have fell for it, and flew to a whole other country, got a passport, met up with a stranger and you could have gotten clubbed, you know...anything," she said.

And even though Gilbert is a comedian, she knows none of this is funny.

We talked to Alonso's publicist who said they've been dealing with Alonso impostors for five years now. In fact, one woman thought she was getting married to Alonso and even booked a hall. She told us if the celebrity's social media is not verified with the official check mark, then it's not him.

The elaborate impostor scam had Gilbert fooled. Her bank account was compromised and she ended up losing some money. So be careful.