How the justice center and a local artist are bridging the gap between teens, law enforcement 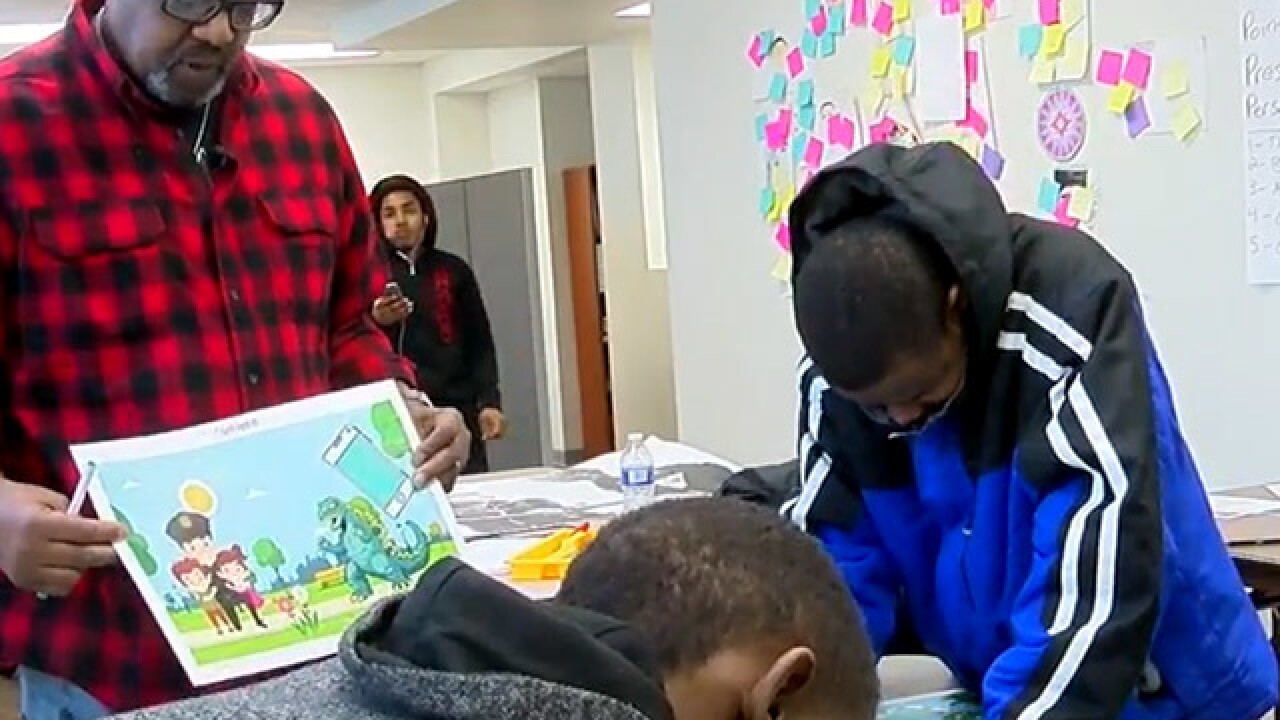 Community policing has been a hot topic and because of that, a local artist is teaming up with the Juvenile Justice Center to close the gap between the teens and law enforcement.

Artist Rickey Lewis is leading a major art project, called ‘I Care About My Life and I Care About Your Life.

It’s all part of a diversion program, from the East Cleveland Neighborhood Center to encourage kids with misdemeanors not be sentenced while at the same time changing their perceptions of law enforcement.

Teens in the program said in the past when they would talk about police, their emotions would boil over.

“I really didn't like them," said high school student Darjalae Moore who has been in and out of trouble mainly for running away from home.

That is until she met Lewis.

“Now I kind of learned it's them protecting themselves, so I mean, it's not right, but at the end of the day it's not wrong if they still get to go home to their families," Moore said.

“We're trying to divert them, their attention away from negative things, things that can get them in trouble," he said.

Every month, they work with Lewis and spend time with a police officer to build a relationship, then that dialogue is painted on a canvass and later turned into a mural to hang on the walls of Cleveland.

"When they really begin to think about it, they say well at least some of them, or most of them really some of these policeman aren't that bad."

The diversion program is actually an option, the students can choose between this program or time in the detention center.

The first mural created is sitting inside The East Cleveland Rec Center.