A quiet day on campus at Kent State is a lot different from what Sophomore Maria Beltran says the Saturday night before Halloween could look like downtown.

"It was pretty hectic," said Beltran about Halloween last year. "A lot of people running around in their costumes and stuff."

Senior Joshua Truong says pristine costumes at the beginning of the night rarely end up that way. 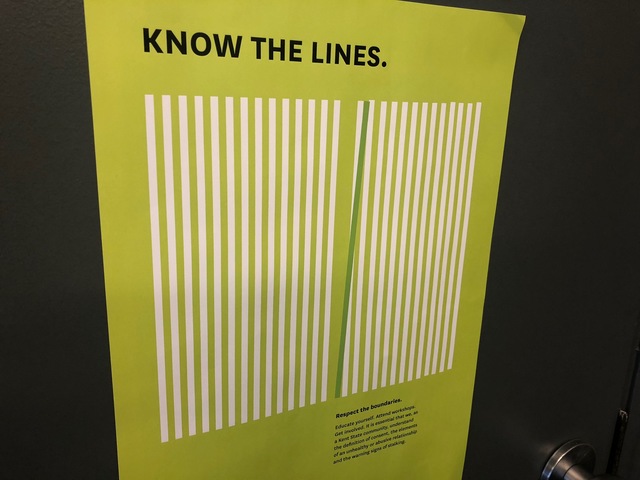 A poster inside Kent State University Police encouraging students to learn about the elements of consent and unhealthy relationships.

"You see from the parties, they're always seating, the make-up running down, people wobbling around," said Truong.

Wobbling around, because Maria said Halloween is one of those times when students enjoy the freedom they have at college. But she said months of media reports about sexual abuse and assault, as well as the MeToo movement, are having an impact.

"It makes me think about making sure I'm not put into situations like that," said Beltran.

Beltran says she uses the "Buddy System" to keep her and her friends safe.

Kent State University Police Community Resource Officer Tricia Knoles says their contact with students is helping too. Part of orientation shows students they can talk to counselors and how to help someone else out of a bad situation. 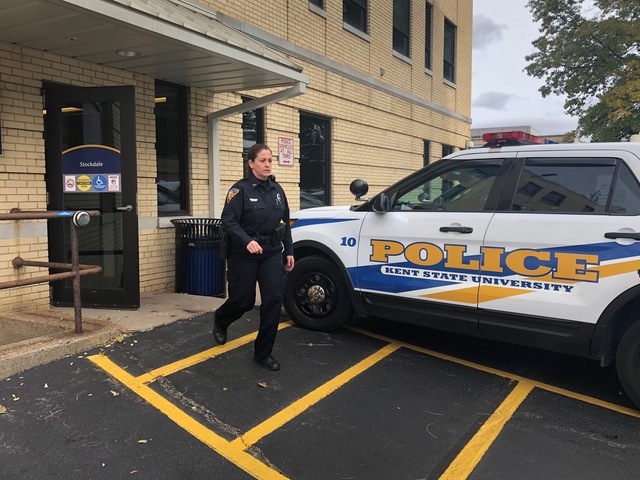 Officer Knoles says a third of the campus police force is female, often making it easier to find an officer who survivors of assault or abuse are comfortable speaking with.

"Toss a drink on their lap, 'Let me take you to the restroom,' just to get them out of that spot," Officer Knoles explained.

Truong says even if it's not explicitly talked about in class, there's a growing awareness about what it means to have fun but still be safe.

A campus map shows the residential area, where much of the campus' student housing is located.

"People are going to drink and having people aware and know what's around them is a great thing to know about," said Truong.