Just down the block from where Pastor Douglas Price decorates his house for the holidays is a home that's seen much better days.

Just down the block from where Pastor Douglas Price decorates his house for the holidays is a home that's seen much better days.

"It needs to be torn down," Price says about the home. "There's no question about it." 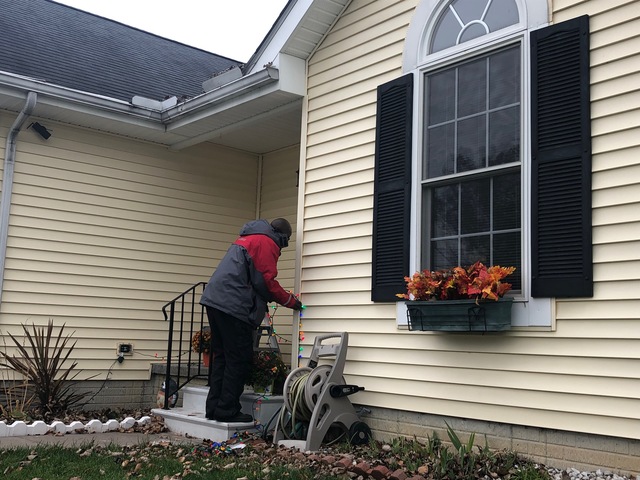 </p><p><strong>Pastor Price putting up lights on his home, down the street from a home Lorain just approved for demolition.

It's one of the nine properties the Lorain Demolition Board just added to a long, and growing, list of buildings that are falling apart.

Safety Service Director Dan Given says it's all because of a renewed effort from the mayor. 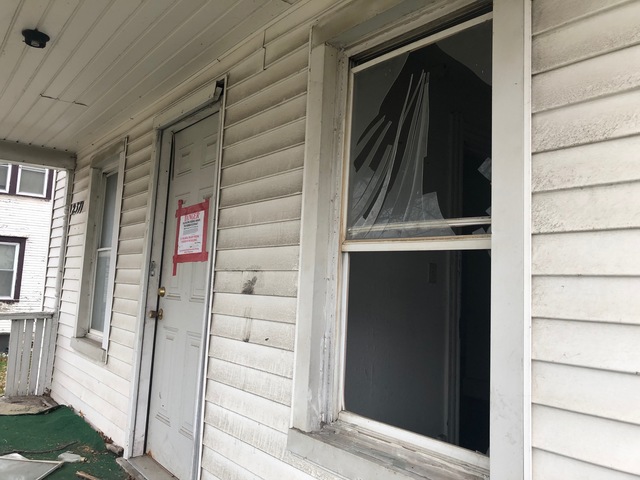 </p><p><strong>Broken windows let passersby peer into the abandoned home that has been "deemed unsafe" to enter.

"We're aggressively going after the decrepit housing stock that we have in our community," said Given.

In the last six months, city inspectors have identified more than 350 properties that they'll eventually have to deal with. They target 10-15 a month, starting the long process of notifying owners, documenting violations, and taking the proper steps to knock the house down. 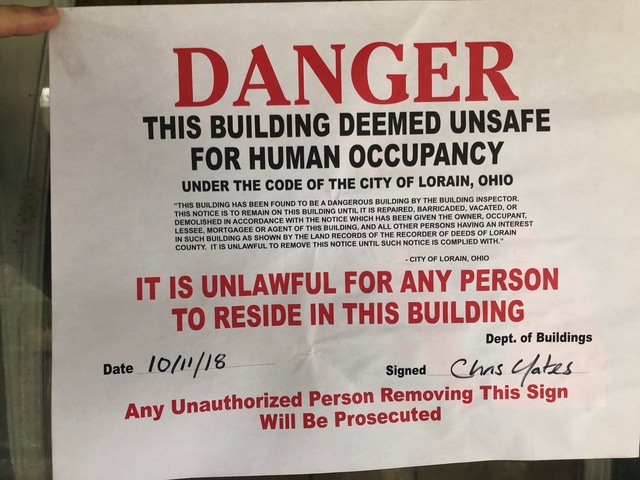 </p><p><strong>The signs the appear on homes that Lorain has already slated for demolition.

"We are going to be this aggressive or more aggressive going forward," said Given. 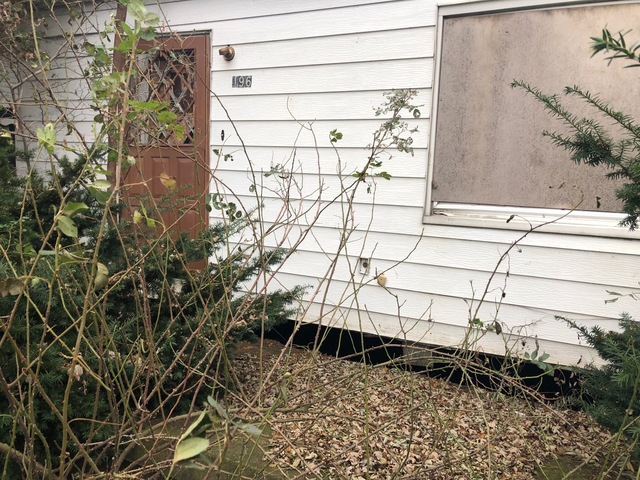 </p><p><strong>A newly-added home seems to have a collapsed entryway to the front door.

Federal funding has helped the city hire additional staff it needs to process the paperwork and reports, but the money to knock the properties down is more tricky.

"When you have hundreds of properties that aren't owned by the city of Lorain and you're asking government to solve the problem, there's no way that those funds are available," said Given. 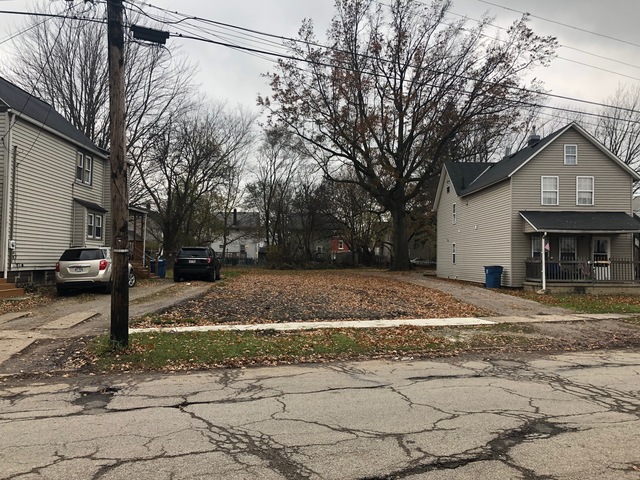 </p><p>An open plot of land shows where a home has already been town down.

That means a lot of the properties stay standing until money comes along. The Lorain County Landbank is helping demolish some homes and the city is holding banks accountable when they foreclose on a property. Given says the banks now have to put up a $10,000 bond, which has already help cover some of the demolition cost of a property that was never fixed up. 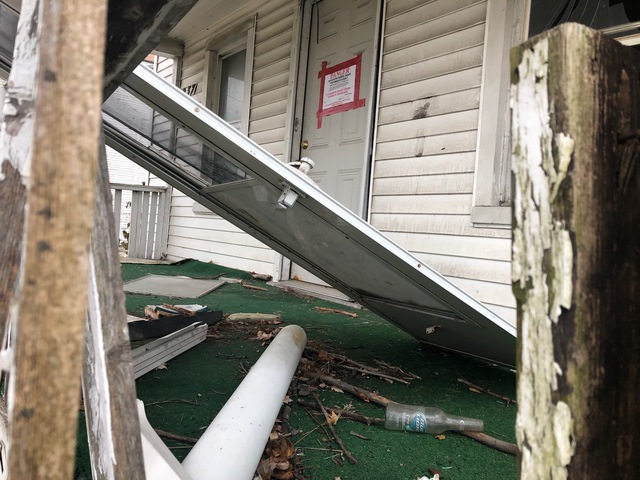 </p><p><strong>A screen door and beer bottle lay on the porch of one home slated to be torn down.

"I think that's a great thing because Lorain is still a great city," said Price.

When the demolition crew finally comes for the abandoned home on his block, Pastor Price says it's a chance for a new start. 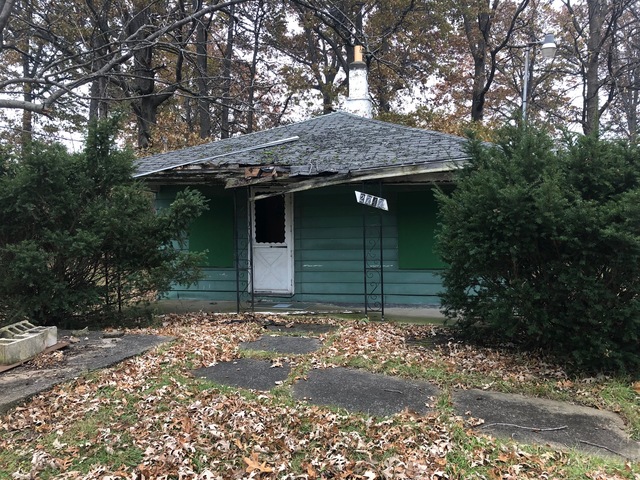 </p><p>The door is wide open outside this home recently added to the city's list for demolition. Neighbors say they've seen people around this house many times, unsure what they're doing there.

"There are people that are interested in living in this neighborhood," said Price. "It's not the best but it's not the worst, that's for sure." 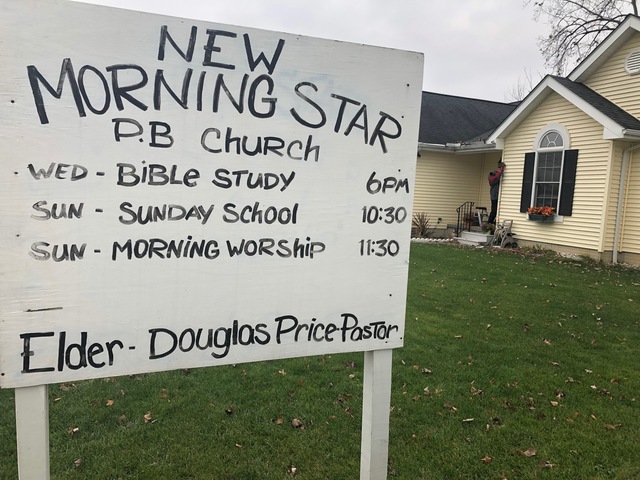 </p><p><strong>Pastor Price puts up lights next to the sign for the church he runs right next door.