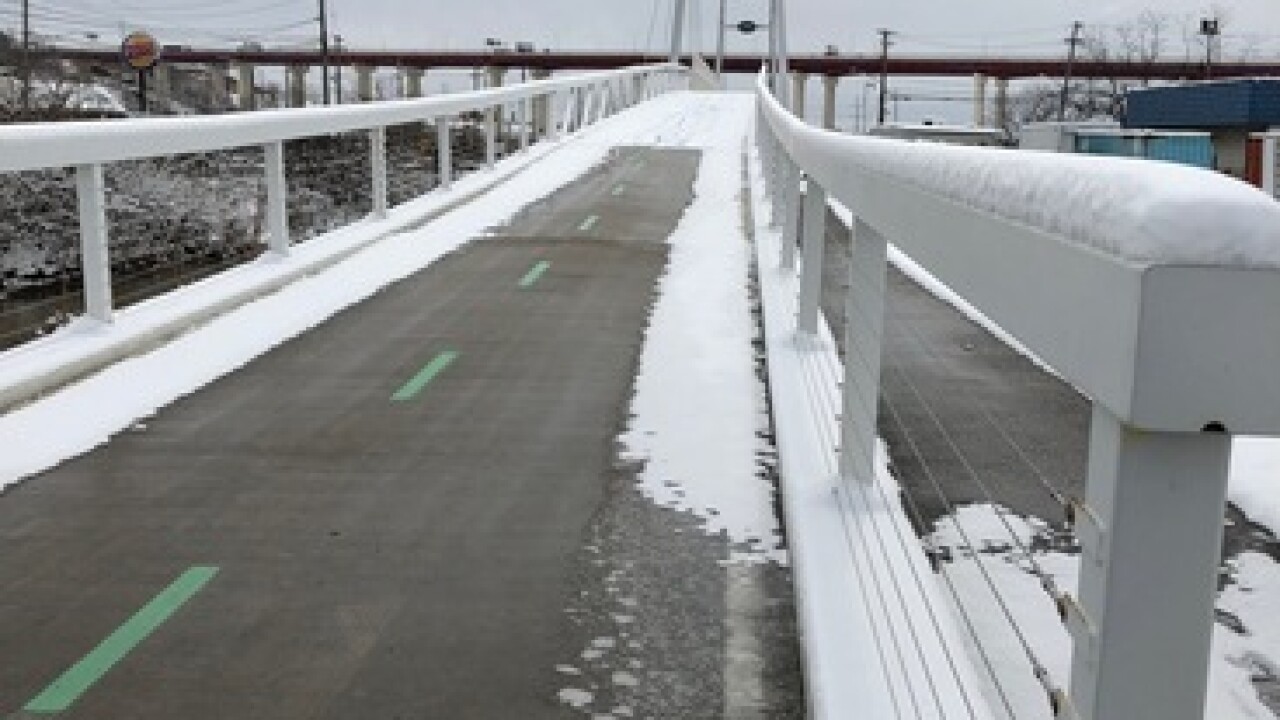 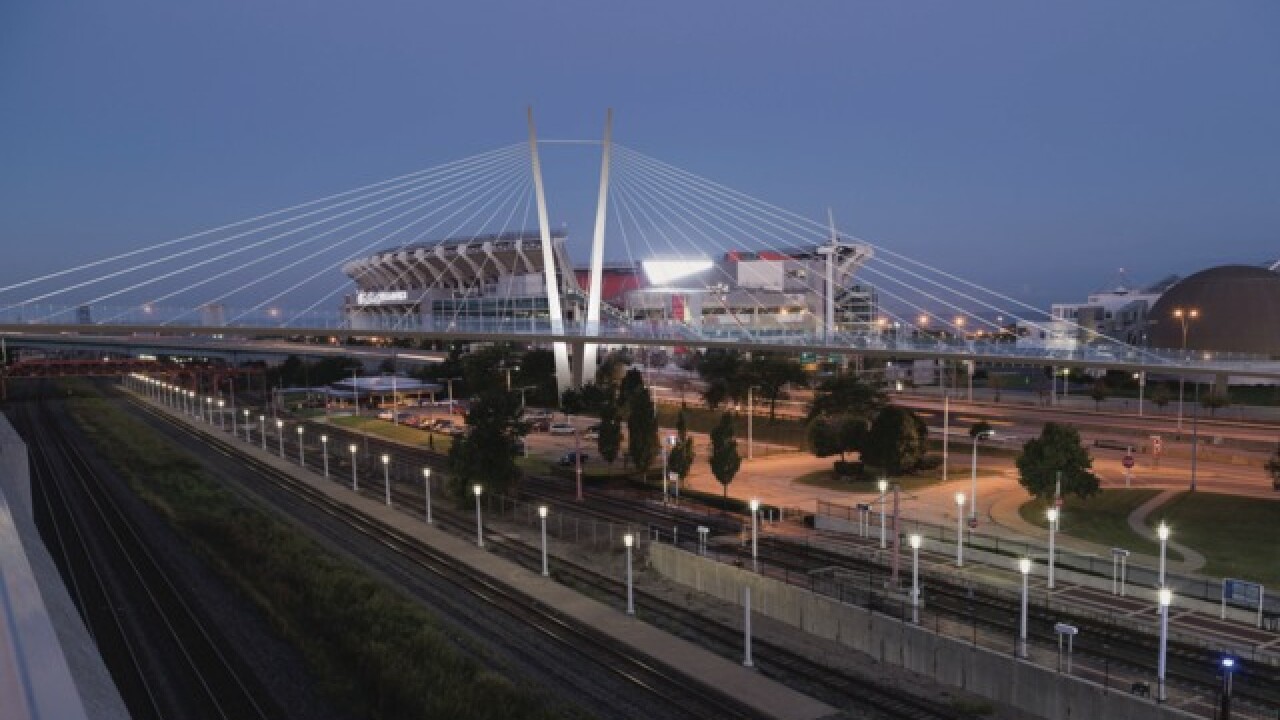 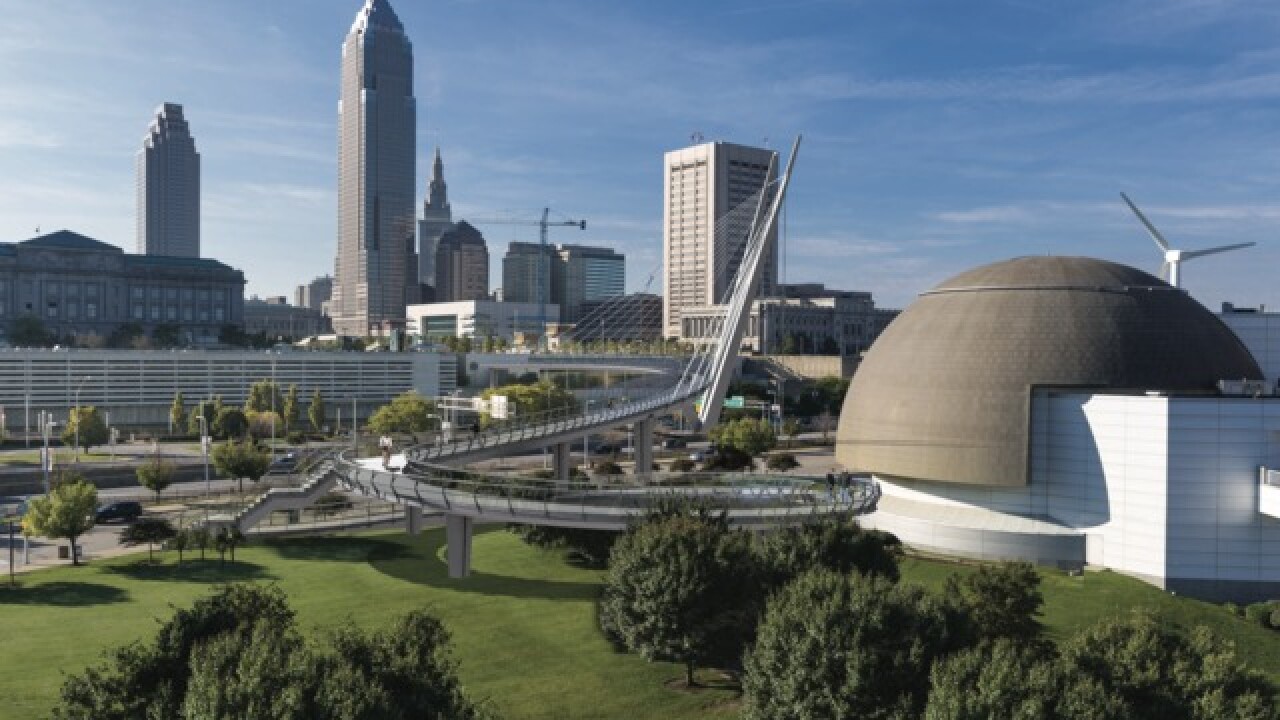 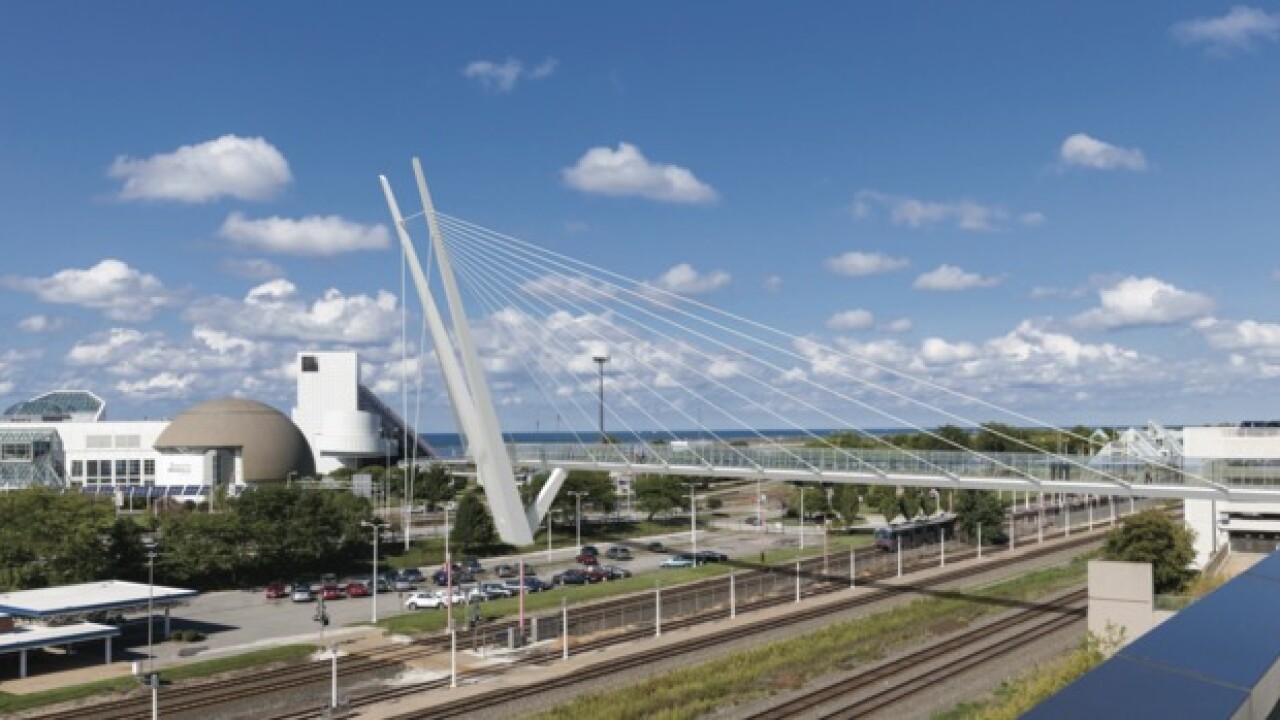 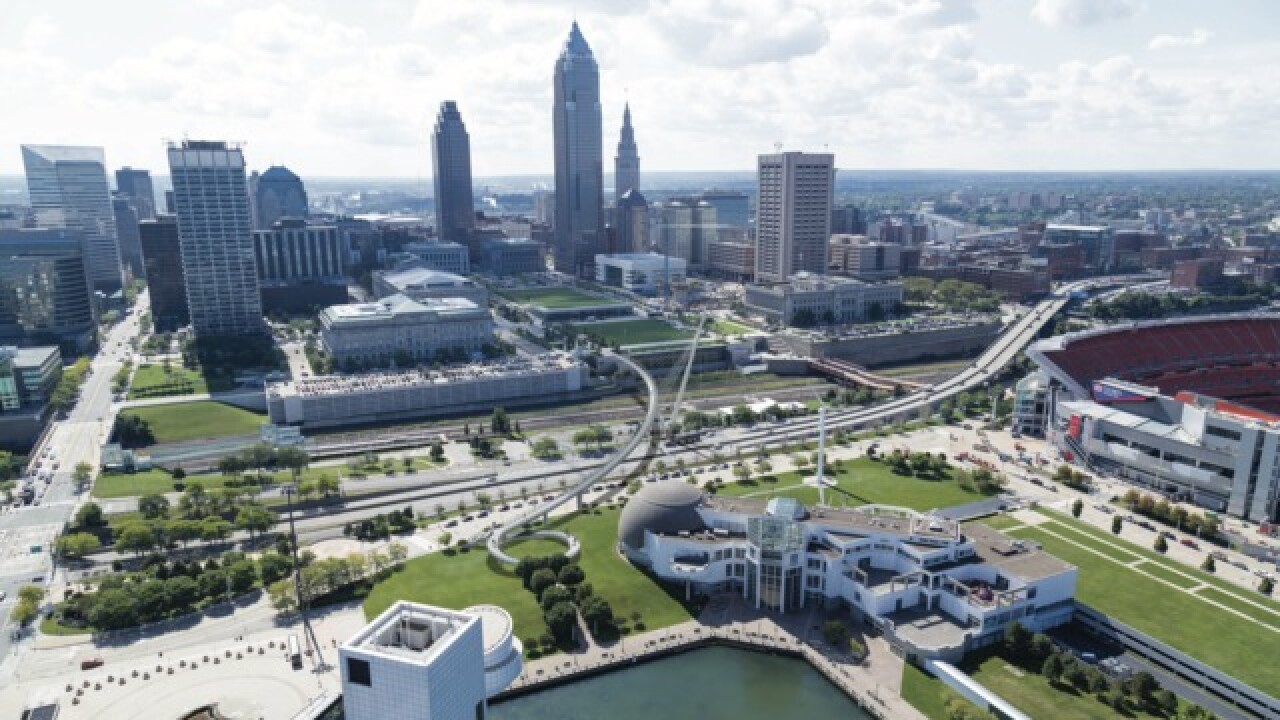 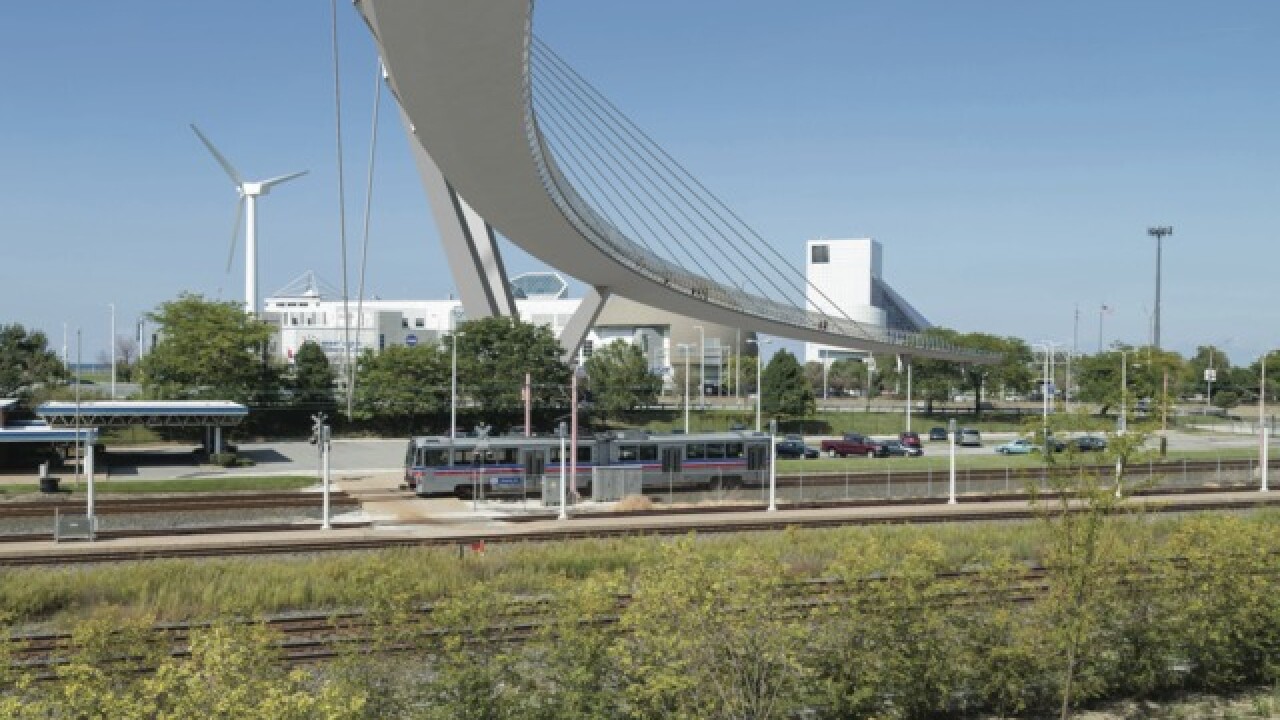 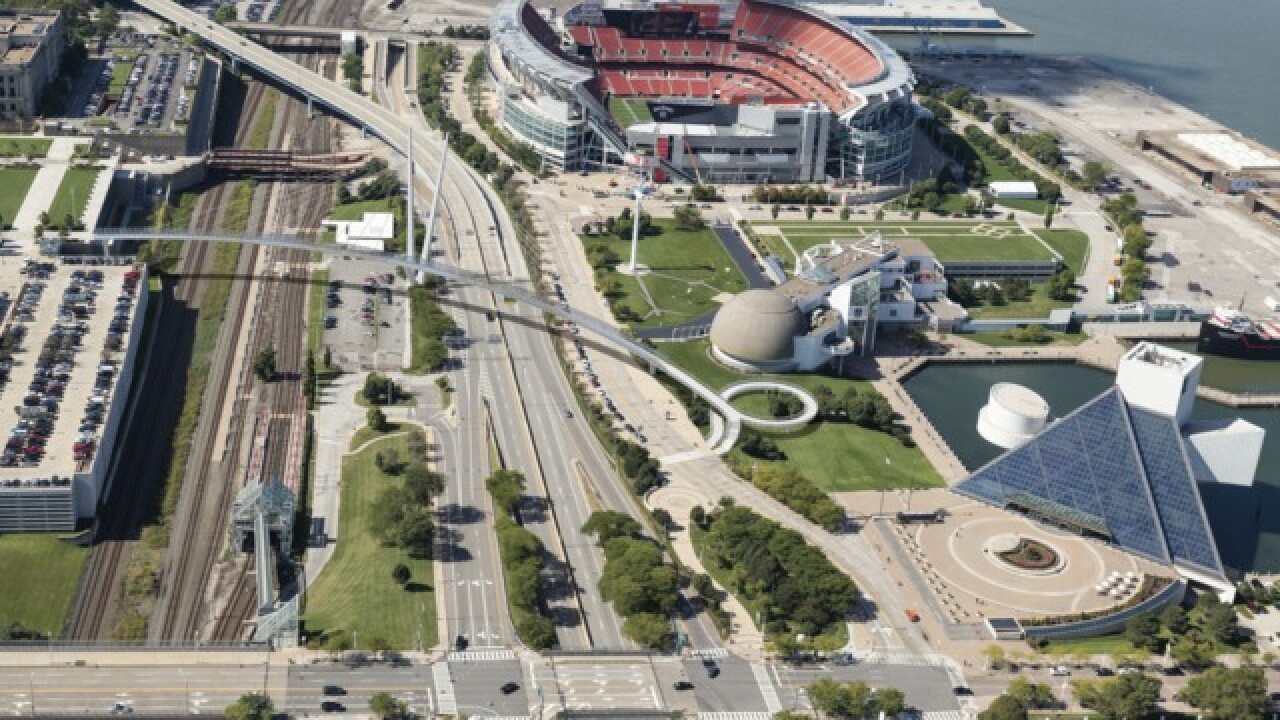 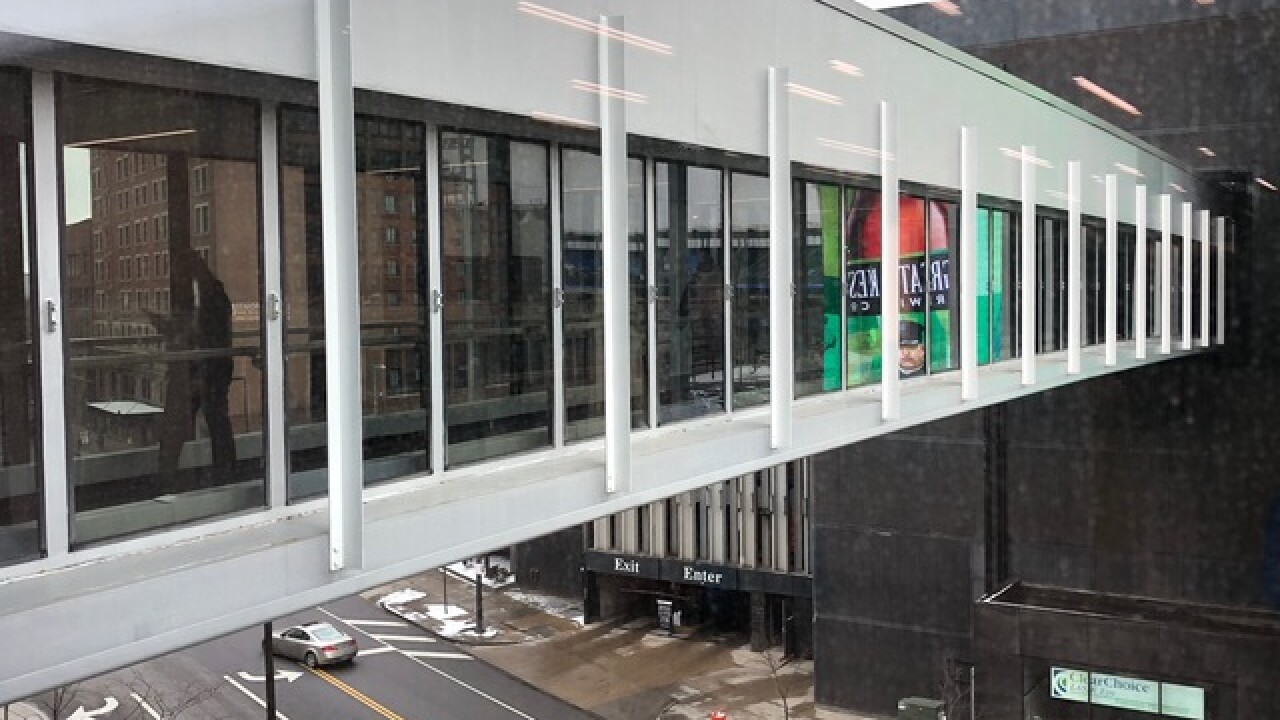 Images of bent concrete and steel covering crushed cars are all that's left of what is supposed to be the future of urban planning before Florida International University's new pedestrian bridge suddenly collapsed into traffic.

Pedestrian bridges on the Towpath Trail in Cleveland are two of the few pedestrian bridge projects Cuyahoga County has been involved in. Most of the of the talk about similar bridges have been purely speculation.

Detailed but out of date renderings are all people in northeast Ohio have of a bridge from Downtown to the Rock and Roll Hall of Fame, spanning a roadway and rail line.

Cuyahoga County Engineer David Marquard says the reason for the bridges is simple: safety. But they also make more areas of a community easily accessible.

"They don't have to jump in a vehicle, drive somewhere, park, and go to a point of interest," said Marquard.

The county's building downtown has a skyway connecting the parking garage to the building without making anyone touch the street below.

The Cleveland Clinic has a similar system of walkways so they can move patients from one building to another without braving the elements or a short ambulance ride. The Clinic says their new pedestrian walkway near East 105th Street is looking toward the future since once the development near their campus is finished the street will get busier and harder to cross.

Cuyahoga County tells us they haven't had any safety concerns about their pedestrian bridges. The County does inspect more than 500 bridges that support vehicle traffic and make sure that those structures can support the traffic that passes over them.