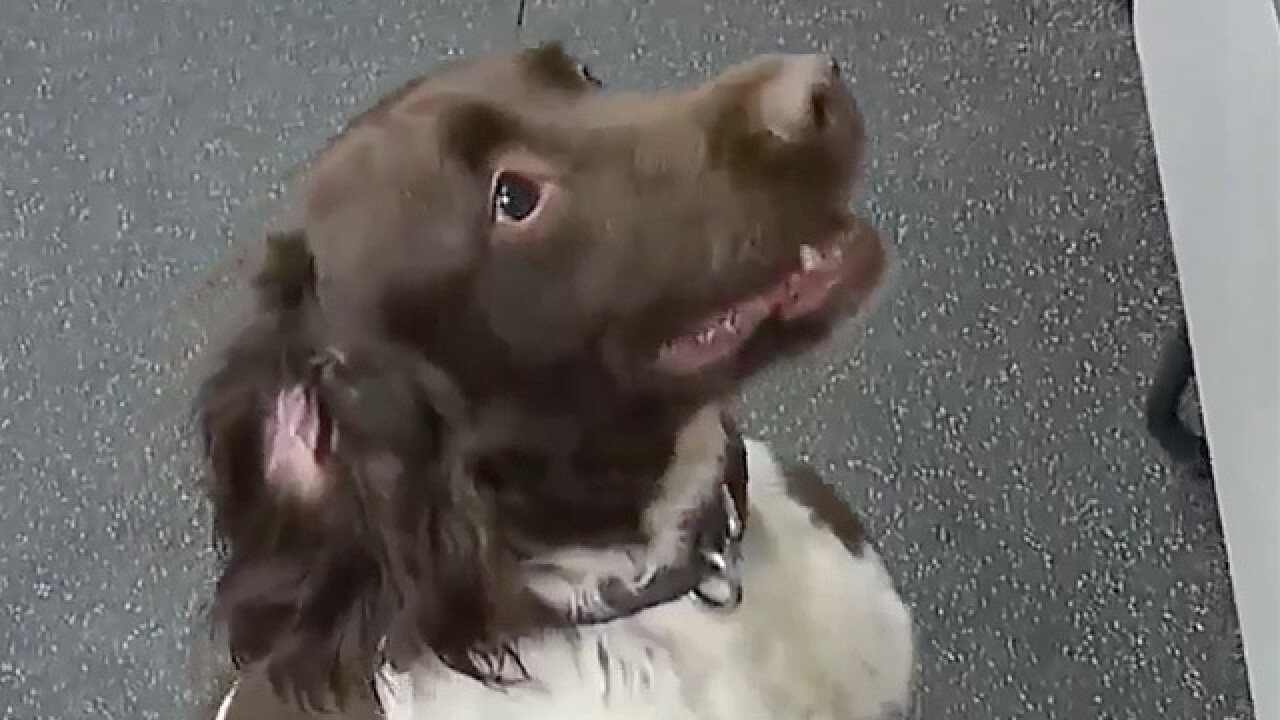 Every day the drug epidemic is claiming lives across Northeast Ohio. People are desperate to find help for their loved ones who've become addicted to drugs.

Now, a Hiram-based company is stepping up and sniffing out the problem.

Excel K-9, founded in 2001 by Paul Shaughnessy, is known for training police and work dogs. Dozens of detecting canines, either narcotics or explosives, have graduated from their program to go on and work with area police departments, as well as departments outside Ohio.

But the company has about a dozen animals working day in and day out with various companies in our area.

Shaughnessy said while his dogs work at professional stadiums around Cleveland, they're now going into family homes.

"We have a specifically trained dog to sniff out K2, which is synthetic marijuana, marijuana, cocaine, methamphetamines, ecstasy as well as firearms," Shaughnessy said.

That dog's name is Mr. Sanders.

He is being hired by spouses and parents across the area to search for any drugs that may be hidden in their home by loved ones.

"We search your cars in your garage and the outside - everywhere that we found in our experience that people hide narcotics. We're going to check all the areas with our dog. Then we’re going to identify all those areas where the dog did show interest, or gave an alert at. You can double check it for yourself and deal with it," he said.

Mr. Sanders is trained to follow search patterns while sniffing for the molecules in drugs. This tactic is used so the animal can pinpoint its handler to the exact location of the drug, rather than just alerting them to an area where a drug may be.

Shaughnessy said their home searching services isn't exactly about catching criminals. It's about helping those addicted to drugs.

"Our job is just to locate the odor and then it will be up to you on how you want to deal with it. If you want to destroy it or contact your police department, whatever it is that you want to do, it’s up to you," he said. "This epidemic is just out of control so whatever we can do to make a difference.”

The search costs about $200 a search.